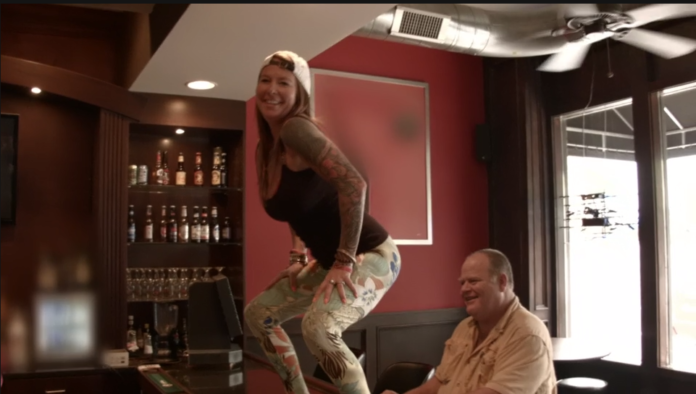 In 2012, successful restaurant manage Tiffany Hutchinson decided to open her own business, and City Bistro was soon opened. She wanted to be her own boss, and she had worked at a fine dining restaurant for 18 years. She thought she would be able to handle running a bar, and after dropping every bit of money she had saved into it, she was able to get it open. In its first year, City Bistro experienced moderate success. The best month that they ever had was $14,000, which paid the bills and overhead, but they were not yet making a profit. In order to grow her customer base, Tiffany brought in bartenders known for their success in the St. Louis bar scene. Someone had approached her and said that they had their own little ways to bring in their own customers, and it totally took her by surprise whenever she saw them bartending. They would resort to anything to make money.

The bartenders insist that they have followers wherever they go who will support them, and occasionally see a boob. The bartenders have started calling City Bistro “Titty Bistro.” The first couple months, business was very good, so Tiffany would turn a blind eye and ignore the problem. However, as she continued to look the other way, her staff became more out of control. It became the norm because it was helping pay the bills, but the plan backfired when their unprofessional behavior drove many of the desired customers away. The females, couples, and younger crowd started to dwindle out. Now, business is horrible – if the bartenders are walking around half-naked, then only men who want to see things are come.

Tiffany now feels trapped – if she gets rid of all the bartenders, she would not have any customers. She is $300,000 in debt and City Bistro is only 2 months away from being a total bust. It would absolutely crush her if she had to close the doors since she has two daughters, and Tiffany feels like she would be a failure if she had no means of taking care of her kids. Worried her business could be gone in a flash, Tiffany has agreed to call in to Jon Taffer and Bar Rescue for help.

In St. Louis, Missouri, Jon is approaching his destination with two experts in the car. St. Louis is actually the beer capital of America, and before they go to City Bistro, Jon drives around and gives them the tour. The Budweiser brewery is only a few blocks away, and there are neighborhood bars all over. The median household income is about $34,000, so the people drinking here are more blue collar. Veteran bartender Shawn Ford and Chef Ryan Scott agree, saying that a blue collar neighborhood needs more bang for their buck – a lot of food for cheap, but tasty food. 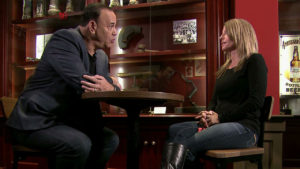 The City Bistro building sits conspicuous on the street, and all three men in the car call it a horrible name. Jon then explains that the most popular beers in St. Louis are Budweiser and Bud Lite, which are both front and center. Obviously they have the brands that appeal to the city. Jon then sends in his two spies, Angela and Andrew. Angela works for a beer distributor, so she knows what beers sell and what don’t, as well as if it is poured properly. The two spies enter the 4,800 square foot space, grossing $7 per square foot in sales, $143 less than the industry’s break-even point. Inside the bar, the bartenders are already rowdy and leading a chant/cheer as customers down shots. Sure enough, bare breasts are flashed soon after the two enter, and Angela and Andrew are intrigued yet disappointed. Shawn Ford says that it looks more like a strip club than anything else.

Tiffany sits off to the side, looking even more disappointed. She is losing $6,000 a month and has her $300,000 colossal debt. If they can’t turn the bar around, Tiffany is gone in no time. Bartender Angie greets Angela and Andrew at the bar, and they are told that there is no Bud Light on draft. They then order “whatever you actually got.” The signs outside show that they have the product, but clearly the story is different inside. Even worse, when they go to order food, Angie says that they do not have a kitchen. Several other patrons try to order food, but nobody is able to. 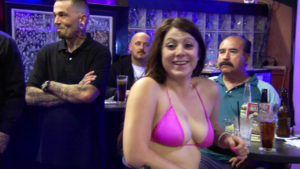 In the back, there actually is a kitchen but it is nearly spotless thanks to being unused. It’s a good-sized, properly-equipped kitchen, but no chef. The sign says “city bistro,” but clearly is not. There are so many opportunities being squandered. Jon then says he will do something that he has never done before – order 15 pizzas, and send them in with Chef Ryan. Ryan jokes he has never been a delivery boy as Jon places the order. Shawn Ford says that he has never been in a bar where you’re allowed to drink, and Jon says that it is completely illegally. The female bartenders are violating nudity laws and other laws by drinking behind the bar.

Angela and Andrew exit the bar, and Angela says that she feels totally violated by all the nudity – not something she expected to see on a Tuesday. Tiffany admits that she does not know what to do as the other female bartenders begin a strip tease for the customers, and Jon himself is unsure how he would deal with it. None of the bartenders have charged anyone for a drink tonight. Bartender Tammy appears belligerently drunk from the floor. The pizzas have finally arrived, and Chef Ryan steps up.

The free pizza comes in and both the bartenders and patrons appear thrilled. They actually applaud for something as simple as a slice of a pizza. All 15 pizzas are given out in no time. Jon then explains that the people would gladly pay $3 a slice, and Shawn says that they would for sure drink another beer. The straw finally breaks the camel’s back when bartender Angie grabs a customer’s head and pushes it up against her breasts, then actually begins to make out with another bartender. Jon storms inside, upset by the outrageously disgusting show. 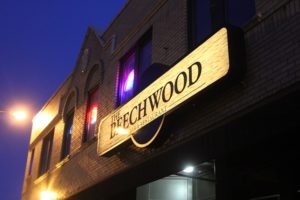 City Bistro Now in 2018- The After ‘Bar Rescue’ Update

After the appearance on Bar Rescue, City Bistro was renamed to The Beechwood. While the bar has been rejuvenated inside and out, it appears that The Beechwood is still headed for imminent failure. There is no working phone number listed online, whether you search the Yelp page, Facebook page or just Google it. The biggest complaints are still about the unprofessional bar service, as well as the long waits and poor quality food. Jon refreshed the kitchen and installed two resident cooks, but those two cooks left within six months of Bar Rescue airing the episode. The Beechwood went the entirety of 2016 without any updates, but only recently began to post on social media again.

The Beechwood has an astonishing 4.4 stars on Facebook across 38 different reviews, but a lowly 2.2 star review across 25 different reviews on Yelp. The Facebook reviews tend to say that the beer selection has a lot of variety, but nothing is mentioned about food; the food that is mentioned on Yelp all have negative reviews. I guess that one major factor keeping The Beechwood in business is the boom in popularity thanks to Jon Taffer and Bar Rescue bringing a lot of eyes. To this day, City Bistro is open 7 days a week from 11 AM to 1 AM.