Leon Russell Net Worth 2018 – How Wealthy was the Musician? 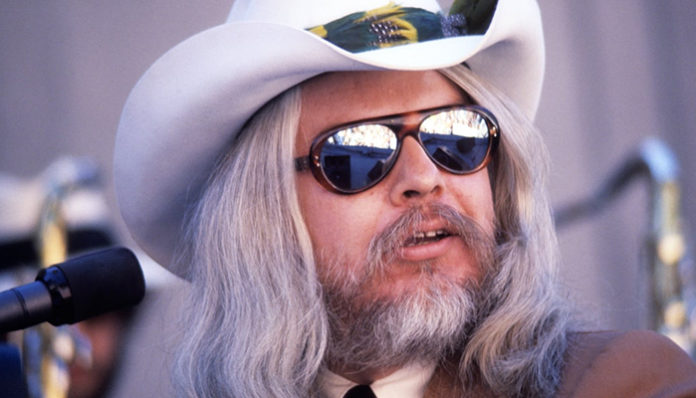 Well respected in the music world, Leon Russell had recorded well over 430 songs throughout his multi-decade long career. A skillful pianist, he worked as a session musician throughout the late 50’s and 60’s, before venturing into singing in the early 70’s. His self-titled debut album, Leon Russell was released in 1970; a decent hit, it ended up charting at number 60 on the Billboard 200, earning him a considerable amount of attention at the time.

Continuing to release new albums over the next few years, many of his projects went on to earn gold certification in the US including Carney (1972), Leon Live (1973), Will O’ the Wisp (1975), and One for the Road (1979). More recently in 2010, his collaboration with Elton John, The Union also reached number three on the Billboard 200.

Tragically, the musician passed away in his sleep following a heart attack in 2016. At the time of his death, Russell had released well over 40 different studio albums as a solo artist. How wealthy was the musician? According to sources, he had an estimated net worth of $600,000. Let’s celebrate his life by taking a closer look at some of the highlights of his career.

How did Leon Russell Make His Money and Wealth? 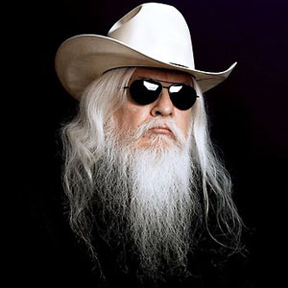 Born on April 2, 1942, in Lawton, Oklahoma, Leon Russell (Real Name: Claude Russell Bridges) took up piano at the tender age of four- an instrument that he enjoyed playing up until his death. As a student, he went to Will Rogers High School in the city of Tulsa, where he was classmates with David Gates and Anita Bryant, the former of whom he bonded with over their mutual love for music.

By the time he was in his mid teens, Russell was performing at a number of local nightclubs. Due to the fact that he was too young to get into clubs, he often made use of a fake ID that was given to him by a friend. Eventually moving to Los Angeles at the age of sixteen, he started to work as a professional pianist in the city. By the time he was in his early twenties, his skills had branched out to songwriting and music arranging.

In the spring of 1970, the aspiring singer released his debut album, Leon Russell. Recorded at a number of studios in Los Angeles, the pop rock project consisted of eleven tracks including I Put a Spell on You, Give Peace a Chance, Roll Away the Stone, Pisces Apple Lady, Hurtsome Body, and Dixie Lullaby. Produced by Russell himself, the album ended up reaching number 60 on the Billboard 200.

The following year, his second solo album, Leon Russell and the Shelter People was released. Produced by Russel and Denny Cordell, it quickly surpassed that of his previous title on the charts, reaching as high as number 17 in the United States. Rated favourably by many critics, the album introduced eleven new titles including She Smiles Like a River, The Ballad of Mad Dog and Englishmen, Crystal Closet Queen, and Sweet Emily.

Continuing with his momentum, Russell released his third solo album, Carney in the summer of 1972. An even greater success, it not only charted at number 2 on the Billboard Hot 200 but also managed to spawn a hit single, Tight Rope, which peaked at number eleven in the US. Some of the other songs that it gave rise to include Manhattan Island Serenade, Out in the Woods, Me and Baby Jane, and Magic Mirror. A decent hit, it became his second gold certified album.

His next big release, Will O’ the Wisp was made available in 1975. Another collaboration with music producer Denny Cordell, the studio album’s playlist included eleven tracks- some notable titles include Laying Right Here in Heaven, Down on Deep River, Stay Away from Sad Songs, My Father’s Shoes, Can’t Get Over Losing You, Make You Feel Good, and Little Hideaway.

Then in 1979, Russell released the collaborative album, One for the Road with fellow musician, Willie Nelson. A blend of folk and country, it included several hits including One for My Baby, Stormy Weather, You Are My Sunshine, Summertime, and Danny Boy. One of his most successful releases at the time, it peaked at number 25 on the Billboard 200 and number 3 on the Top Country Albums chart.

In 2010, Russell returned to the spotlight with The Union, a collaborative studio album with Grammy Award winner, Elton John. Produced by T Bone Burnett, the joint venture featured a number of guest appearances from Robert Randolph, Brian Wilson, Neil Young, and Booker T. Jones. Dedicated to Guy Babylon, John’s late keyboard player, the album came packed filled with sixteen tracks including I Should Have Sent Roses, When Love is Dying, Mandalay Again, In the Hands of Angels, and Gone to Shiloh.

In the United States, The Union proved to be a major hit, having reached number three on the Billboard Top 200. Elsewhere, the album also charted in Russia, Spain, Sweden, Europe, Canada, Brazil, Italy, Norway, and Russia, among several other countries. A year after its release, one of its singles, If It Wasn’t for Bad was nominated for a Grammy Award for Best Pop Collaboration with Vocals.

As far as singles go, many of his 70’s classics went on to receive critical acclaim. Some of his best-performing records include: A Song for You, A Hard Rain’s a Gonna  Fall, Tight Rope, Rollin’ in My Sweet Baby’s Arms, and I’m So Lonesome I Could Cry.

Unsurprisingly, dozens of his tracks have been used in  film and television over the years. For instance, his work has been featured in the motion pictures, The Eight (2006), The Pursuit of Happiness (2006), The Messenger (2009), and The Princess and the Frog (2010).

Speaking of movies, Russell himself had also acted on a few occasions. After making his debut in Son of Dracula (albeit in an uncredited role) in 1974, he appeared in the films, JJ Cale in Session and When You Coming’ Back, Red Ryder in 1979. A few decades later, he returned to the screen in the short movie, Truth and Betrayal in 2004.

Outside of acting, Russell had also appeared in numerous talks shows on the small screen. For instance, he was a guest on Saturday Night Live, The Marty Stuart Show, Live with Kelly and Ryan, Good Morning America, Late Night with David Letterman, Later…With Jools Holland, among many others.

According to sources, Leon Russell had an estimated net worth of $600,000 at the time of his passing in 2016. From what’s been said above, it’s highly likely that he earned the majority of his earnings from his music career throughout the past decades.

Prior to his second marriage, the musician was married to Mary McCreary from 1975 to 1980.

Does Leon Russell Have Any Children?

Yes, the musician had six children. His oldest daughter with Carla McHenry was born in 1972, prior to his first marriage. Later with McCreary, he had a daughter named Tina Rose and a son named Teddy Jack.

Did Leon Russell Go to College?

No, from what we can tell, Leon Russell did not go to college- he dove straight into a music career in his teens.

Is Leon Russell His Real Name?

No, Leon Russell is simply his stage name. His real name was Claude Russell Bridges.

The musician resided with his family in Mt. Juliet, Tennessee up until his death in 2016. Unfortunately, not much had ever been revealed about his residence.

What Kind of Car Did Leon Russell Drive?

We do not have any information on Leon Russell’s vehicle at this time.

Over the course of his music career, Leon Russell had recorded over 430 songs including bluegrass, country, gospel, pop, blues, and rock records. In total, six of his albums went on to attain gold certification in the United States.

A well respected musician, he had the opportunity to collaborate with countless artists including Elton John, George Harrison, and Ringo Starr, the first of whom had been one of his lifelong mentors.

In 1973, his track, Concert for Bangladesh was given a Grammy Award for Album of the Year. Many years later, his song, Foggy Mountain Breakdown earned him a Best Country Instrumental Performance Award in 2001.

In 2010, the singer was inducted into the Songwriters Hall of Fame and the Rock and Roll Hall of Fame.

At the age of 74, Russell passed away in his sleep in his Nashville home on November 13, 2016. In a statement written by his wife, he had reportedly been recovering from a heart surgery after suffering from a heart attack in July 2016. Following his death, a funeral was held at Victory Baptist Church on November 18, 2016; a public memorial was later held two days later on November 20, 2016.

After hearing of Russell’s death, Elton John (who has collaborated with the singer several times in the past) acknowledged him as his one of his “biggest influence as a singer, songwriter and piano player.”

Prior to his death in 2016, Russell released two new studio albums, The Homewood Sessions and Live and Pickling Fast, the latter of which was a collaboration with the bluegrass band, New Grass Revival.