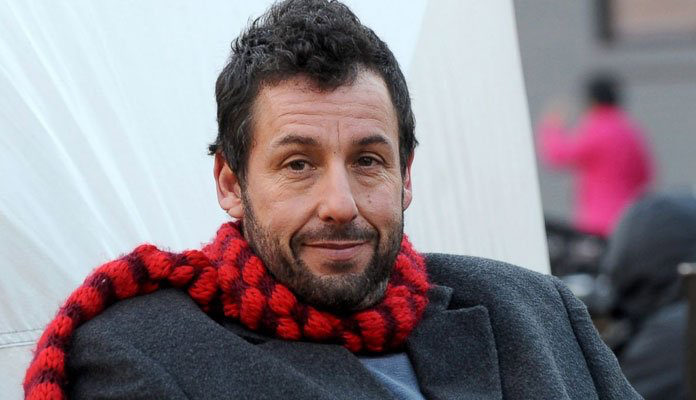 A former Saturday Night Live cast member, Adam Sandler has starred in countless Hollywood films throughout his career. For instance, he has appeared in the movies, Happy Gilmore (1996), Big Daddy (1999), Mr. Deeds (2002) and Reign Over Me (2007). If you’re interested in learning more about the actor, be sure to read on below.

He is currently 51 years old

Adam Sandler was born in Brooklyn, New York. Growing up, he spent his youth in the populous city of Manchester, New Hampshire.

At this time, Adam Sandler’s body measurements are unavailable

Is Adam Sandler in a Relationship?

Adam Sandler has been married to his wife, Jackie (also an actress) since 2003. Reportedly, the two had met each other while he was filming for Big Daddy in the late 90’s.

Previously, the actor dated Alicia Silverstone and Margaret Rudin, the former of whom was also an actress.

The third of four children, he has two sisters named Valerie and Elizabeth

He has a brother named Scott Sandler

As a student, Adam Sandler went to Manchester Central High School in New Hampshire, from which he later graduated from.

Did Adam Sandler Go to College

After completing his secondary education, Sandler went to New York City where he enrolled in the Tisch School of the Arts (part of New York University).

In his spare time, he enjoys singing playing the guitar

He has stated that steak is his favorite dish

His favorite artists include Styx, The Police and Van Halen- he has referenced them a handful of times in his movies and songs

Baseball- he is a big fan of the New York Mets

Born on September 9, he is a Virgo

As far as we know, Adam Sandler is not on Snapchat

Born in Brooklyn, New York, Adam Sandler first appeared on television as a regular on the MTV game show, Remote Control. Not long afterward, he landed his first acting role in the TV film, Going Overboard (1989). With a little bit of luck, he eventually scored a stint as a Saturday Night Live cast member, which ultimately led his notoriety to increase. A few years later, he received an opportunity to play the lead protagonist in the comedy flick, Billy Madison (1995). A string of film projects soon followed including, Happy Gilmore (1996), Bulletproof (1996), The Waterboy (1998), and Big Daddy (1999), to name a few.

From then until now, Sandler has appeared in dozens of films- well over 60 to be exact. In terms of recent projects, he starred in the movies, Sandy Wexler, and The Meyerowitz Stories earlier this year. For his portrayal of Danny Meyerowitz in the latter title, he received a nomination at the Gotham Independent Film Awards for Best Actor- though results are still pending. What else has he been up to lately? In terms of upcoming roles, he will be reprising his part as Dracula in the animated film, Hotel Transylvania 3 next year. Along the same tangent, he will also be co-starring in the comedy, The Week Of, alongside Chris Rock, and Steve Buscemi.