The Secret Garden Update – What Happened After Kitchen Nightmares 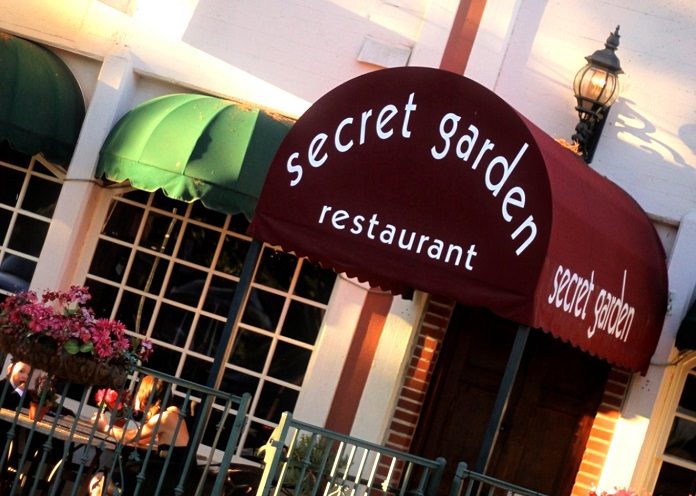 The Secret Garden Before Kitchen Nightmares

The Secret Garden in Moorpark, California was nestled in a prosperous area, full of expensive real estate, golf courses and plenty of potential customers for the French restaurant owned by Michel Bardavid. But somehow Michel was failing to get hordes of hungry guests filling his establishment. That in itself was a mystery to Michel, as we find out in the introduction Michel believes not only that French people enjoy a better quality of life than Americans, but his self-professed high level of culinary skills offer any potential visitors a taste sensation that is unequaled on this side of the Atlantic.

Unsurprisingly a few of Michel’s employees reveal they think the boss is somewhat arrogant, sous chef Devon tells us he has an ego the size of France and Maitre d’ Jane admits that Michel can be very difficult to work with. After we’ve been treated to a few clips of Michel angrily exploding in the kitchen we learn that he is $300,000 in debt, and if he can’t start turning a profit soon he’s going to have to close the doors of The Secret Garden for good. The restaurant, which generally has a fairly elderly clientèle, may not be the cool place to be for fans of French cuisine but never fear, for Gordon Ramsay is here to save Michel’s failing business, and sparks are going to fly when these two hot-headed chefs come to blows over why the restaurant is doing so badly.

The Secret Garden On Kitchen Nightmares

The garden isn’t the only secret about Michel’s restaurant when Gordon first arrives he discovers that even getting into the place is a bit of a mystery. The prominent front door is locked, but he eventually gains entry through a far less noticeable and impressive side entrance. He enters the dining room and stares in something like shock at the extravagant decorations, the entire room is filled with flowers, chandeliers, and assorted accessories. After tripping over a screen that’s almost completely blocking the entrance Gordon fails to alert anyone to his arrival and goes in search of the elusive employees.

Having finally tracked down Michel and Jane in the kitchen Gordon learns that Michel has owned The Secret Garden for seven years. ‘How long has it been quiet?’ he asks and doesn’t look surprised when Michel admits it’s been quiet all that time. Gordon returns to the dining room to sample the extravagant menu first hand. He’s unimpressed with a paper doily, calling it ‘Fancy crap’, and also notices he’s been given a dirty glass. Both these disappointments, however, fade into insignificance when he samples the strawberries served with garlic fried prawns, a combination of tastes that sees him praying not to get food poisoning even before he gets his meal. Gordon’s opinion of his unusual starter is ‘Disgusting’, and he also remarks the prawns were cold and undercooked. Unfortunately, things only get worse from that point on. The steak is as ‘Tough as old boots’, the carrots are raw and Michel’s shoestring potatoes are ‘A ball of grease’ as far as Ramsay is concerned.

There’s a taste of the confrontation to come, as we see Gordon tell Michel ‘Don’t take this personally, but I thought your food was crap’. Gordon’s ready to elaborate on why exactly Michel’s food is ‘Crap’ too. ‘It was tasteless, bizarre, long-winded and boring’ he tells Michel, who definitely does seem to be taking Gordon’s remarks personally. ‘That’s just a matter of opinion’ he replies defensively, and Gordon explodes into a brief rant about Michel’s arrogance. After a few hundred bleeps during which Gordon reveals he’s trying to work out how stupid Michel is, he tells the unrepentant chef that there’s a lot of work to be done, and he needs support from the Frenchman, as well as honesty. Eventually, Gordon half-storms from the kitchen as Michel insincerely calls out ‘Thank you for the critique’. Once again the guy that’s responsible for bleeping out the profanity really earned his money during this episode, as is clearly shown when Gordon stands outside after his explosive confrontation, telling us through a fusillade of high-pitched interjections that Michel is so far up his own something, that he can’t breathe anymore.

Gordon returns bright and early the following day to inspect the kitchen without Michel being there, but his discoveries do little to improve his opinion of the place. The Secret Garden secretly harbors an astounding array of mold, maggots and crusty containers filled with surreal substances, and as a result, Gordon is seen rushing to the bathroom to return his strawberries and prawns to the restaurant in an audible explosion of retching. When Michel arrives he’s welcomed by a slightly lighter Gordon with a forehead that can barely be seen through a roadmap of angry wrinkles. After Gordon briefly goes through the dark, dirty corners of the kitchen Michel is insulted and replies, somewhat unwisely, that ‘Gordon’s kitchen isn’t perfect’ and the resulting argument between the two chefs is virtually drowned out by a series of “bleeps” that almost drown out the shouting in a consistent monotone. Michel and his staff begin working to cleanse the kitchen, although things are so bad at the back of The Secret Garden that it’s labeled as a ‘Kitchen Detoxification’. At least during the hours of cleaning Michel finally impresses Gordon, who remarks that when he’s scrubbing the floor he finally shows some skills in a kitchen.

Gordon embarks on some shock therapy by returning the next day and boarding up the business with foreclosure signs. When Michel makes his customary mid-morning entrance he’s not happy, declaring that scores of potential customers will be under the impression that The Secret Garden is now closed, despite the fact that the restaurant appears to be mainly empty most of the time even when it’s open. Gordon introduces a new streamlined series of starters, that are simpler, quicker to make, and more profitable. Michel doesn’t look happy that his extravagant and elaborate offerings have been superseded by Gordon’s own culinary creations but he holds his tongue for now, and the team gets down to learning the new starters.

Saturday night, the only time the restaurant attracts more than a handful of diners is when the new starters are put to the test. At first, the waitresses are pleasantly surprised by compliments, congratulations and even an impromptu round of applause from a group of guests. The new culinary creations are a big hit, but it isn’t long before Michel is managing to create chaos and confusion with his refusal to let anyone else actually do anything in the kitchen. With some diners looking fit to drop from starvation and a backlog of orders in the kitchen that you could write a book about, he decides to head for the dining room to shmooze with the customers and massage his own ego. Sous chef Devon leaps into action and manages to get the food flowing once again, but Gordon hunts down Michel and drags him back to the kitchen where he once again brings everything to a halt in a series of shouts and screams at his already under-fire waiting staff.

Gordon’s team then remove the clutter of chandeliers and ornamental obstacles from the crowded dining room and instead create a light, airy dining room that seems twice the size. The staff loves it, but Michel is concerned Gordon is going to damage his business, even though it’s already as damaged as it could possibly be without actually dying. Gordon revitalizes the over-complicated menu with a more simple and less bizarre one for the re-launch of the restaurant and invites some local VIPs, as well as a food critic and even Miss California. But things fall apart quickly when a bus-load of visitors arrive unexpectedly. Michel, beginning to panic, starts to liberally throw heaps of salt over every dish in the kitchen and when the inevitable complaints begin, he decides to blame Gordon’s new menu. The resulting argument is probably the angriest I’ve ever seen Ramsay on any of his shows. Amongst the bleeps we can hear the odd shouted word or two, mostly Gordon repeating that Michel is a ‘Pig’, he may have called him a ‘French pig’, but it was probably slightly worse than that, only the bleep guy will ever know for sure.

The Secret Garden Now in 2018 – The After Kitchen Nightmares Update

Eventually, Gordon left The Secret Garden with Michel admitting that Gordon’s food was very well-received, and although he still seemed unhappy that his customers preferred Ramsay’s food, he was far happier with the fact that the restaurant actually made a profit for once. In a rare flash of humility, he finally admitted that he had been wrong on occasion, and even conceded that Ramsay was possibly a ‘Good cook’, but he still fell short of admitting that Gordon might actually be a better chef than he was. Gordon left the restaurant hoping that Michal could now build on the progress he had made and finally turn The Secret Garden into an ongoing success, but they say you can’t teach an old dog new tricks, and it wasn’t long before Michel went back to his old unprofitable ways.

The old menu, with all its bizarre taste combinations, expensive ingredients and extravagant preparation times quickly returned, and soon online review site Yelp featured a plethora of less than complimentary complaints about The Secret Garden’s state of cleanliness, Michel’s confrontational attitude and ‘Awful’ food. There were a few suspicious 5-star reviews that made the restaurant sound like a new wing of culinary heaven, but these were strongly suspected to be the result of Michel’s own activities, and having read them, I also believe that they came from the great French chef himself.

Michel managed to keep the Secret Garden struggling along until March 2010, when it finally closed, but these days he appears to be a far more successful chef, even if it’s in a slightly less extravagant setting. Since 2012 Michel has been working at Custom Pie in Moorpark, and it seems he is far more comfortable when creating exciting new pizza combinations for his new employers. Without having to worry about staffing, profitability, diplomacy or realism, Chef Michel has now found his niche and has been creating new pizzas for Custom Pie to general acclaim from its customers. Not only are his efforts highly applauded in almost all the online reviews I could find, but Michel is actually smiling broadly in one of Custom Pie’s publicity shots. It took me a moment or two to recognize him, because a happy demeanor was not something any of us saw when the hot-headed chef finally met Gordon Ramsay, the man who taught him what getting angry was really about, and finally managed to inject a modicum of humility into the ‘Most arrogant’ chef he ever met.