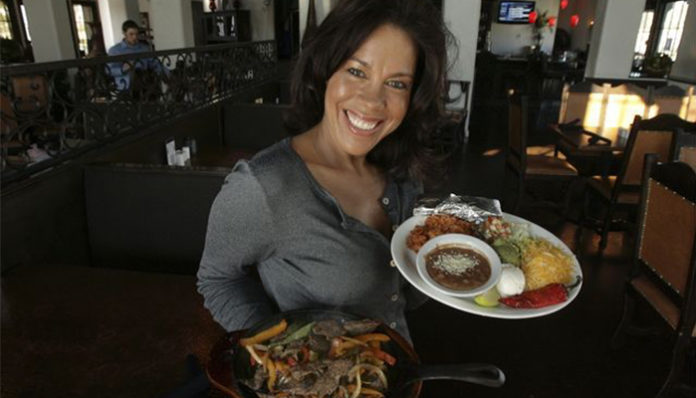 A Mexican restaurant located in Newbury Park, California, Mama Rita’s was established in 2008. Named after the owner’s grandmother, Rita, Laura had opened the diner shortly after her passing. Her second culinary business, she had operated a small take-out location in Westlake Village for a few years prior. Wanting to grow Mama Rita’s into a popular Mexican chain, she poured endless hours into the restaurant. Despite this, however, things simply did not operate as smoothly as she had wanted. Finally, it was decided that she’d seek out the help of Gordan Ramsay on Kitchen Nightmares.

Heading off to Southern California for the Mexican restaurant, Gordan is greeted by the owner, Laura, at the door, who tells him about her background in catering. Inquiring about Mama Rita’s specialty dishes, she is quick to bring up their tamales. Eventually sitting down at a table, Gordan is greeted by the headwaiter, Brad, who offers the celebrity chef some tips on what not to order. With that, he decides to try the tamales, a burrito, and a chimichanga.

The first food item to arrive at Gordan’s item is the tamales Dry and unappetizing, he calls Laura over to have a word with her about the dish. When asked whether or not they are made fresh for the customer, he is dismayed to find out that they are in fact, previously made in batches, which are later steamed to order. To that, Gordan comments that Laura is operating her restaurant like a catering business.

The next item is the Chicken Chimichangas. As it arrives on his table, Laura awaits anxiously for his reaction- which is unsurprisingly negative. Incredibly dry, Gordan almost immediately sends it back into the kitchen. With that, the third dish, Steak Burrito, is tasted by the celebrity chef. Described as being like “wet cardboard”, Gordan even goes as far as offering the waiter a taste of the food, to which he also frowns and shakes his head.

Disappointed, Laura finds herself in tears. Heading into the kitchen, Gordan is introduced to her staff. Continuing to talk about the state of the restaurant, he is soon horrified to learn that it has cost the owner over $1.5 million.

Wanting a better understanding of how the restaurant staff works together, Gordan goes on to observe Mama Rita’s dinner service. Filled with patrons, everyone goes straight to work in the kitchen. While wait times are minimal, however, customers soon begin to complain about the food. In Gordan’s own words, they are simply a “fast food factory.”

Suspecting that corners are being cut, Gordan goes to investigate the kitchen. Opening the freezer, he quickly discovers frozen tamales and chimichangas- all of which were prepared two months ago. Overwhelmed by the amount food that is kept frozen, the celebrity chef decides to take matters into his own hands- he throws away the majority, if not all of the pre-cooked items. With that done, he shows the owner and the chef his findings, all of which are showcased on one of the tables.

Helping them transition from frozen to fresh food, Gordan challenges the two to make a dish from two plates of fresh chicken and shrimp. While the owner came up with some ideas for the ingredients, however, the head chef struggled. Moments later, the prepared food makes it outside, where the rest of the staff are waiting. To everyone’s surprise, the owner’s creation is met with rave reviews.

Finally, it’s time for the dinner service. Using nothing but fresh ingredients this time around, the kitchen works hard to adopt the new mindset. When a few patrons’ steaks come out too raw, Laura does not hesitate to voice her concerns to the staff. With this, she has proven to Gordan that she is willing to do whatever it takes to step up the game, even if it means diving in herself. While she’s doing well, however, the head chef continues to dwindle. To make matters worse, one of the fish dishes soon comes back to the kitchen raw. Overwhelmed, Laura struggles with tears. With time, however, the service finally comes to an end.

Sitting down face to face, Gordan and Laura went on to discuss the issues that arose during the night. While the head chef’s performance in the kitchen had left something to be desired, he complimented the owner’s ability to step up. Following a heartfelt conversation, he tells her that they will be reopening the restaurant anew the next day.

Bright and early the next morning, Gordan has come up with a surprise solution for Mama Rita’s crippling problem. With a smile, he goes into the kitchen to introduce Naris Mardirosian, one of his own personal chefs, who will be joining the staff. More specifically, she will be responsible for putting together an efficient system for the kitchen. Beyond grateful, Laura is all smiles.

But that’s not all- the menu has also received a huge makeover. Colorful and authentic, the dishes are met with awe by the entire staff.

The following relaunch, everything is put to the test. While the new menu is a hit among customers, however, the head chef undergoes a mental breakdown, which leads Chef Narise to have to step up from supervising duty. Re-evaluating her place in the kitchen over the next two weeks, Laura eventually replaces her with a new head chef, which allows her to go back to her original passion- catering.

Unfortunately, Mama Rita’s has since closed their doors. Following the celebrity chef’s visit, Chef Naris stayed to help with the restaurant’s relaunch. As mentioned earlier, Perla, the head chef was also removed from her position, which allowed her to go back to work on the catering side of things.

For a period, the restaurant seemed to do well. With time, however, Chef Naris left and Laura went back to their old ways. Not only did they go back to using frozen food, but they allegedly also decreased portion sizes, which led to a number of mixed reviews online.

In 2011, Mama Rita’s officially closed. With that said, however, Laura’s catering business is going strong. In fact, she has since launched a new restaurant, Mission Oaks Cafe in Camarillo California.

As for Mama Rita’s old location, it has since become an Italian restaurant called The Local Table. With the number of positive reviews that they’ve received on Yelp, it’s probably fair to say that they’re doing fairly well for themselves.