What Happened to the Elektrolytes? – 2018 Update 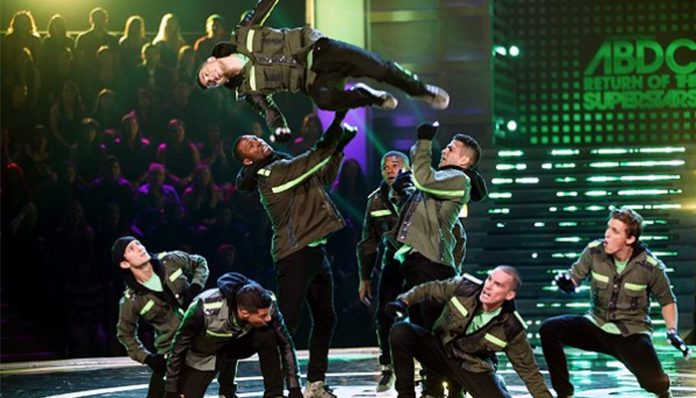 An all-male dance crew, the Electrolytes rose to fame after winning the seventh season of MTV’s America’s Best Dance Crew. Formed in 2006, the group currently consists of eleven friends, including Harry Larry, Slimfly, Swerve, TK, and many others.

A crowd favorite, their win on the dancing reality competition had garnered them a significant amount of attention. Though they haven’t made any recent television appearances, their popularity continues to grow. Today, they have well over 40,000 fans across social media.

With that said, what are they up to nowadays? What happened to the Elektrolytes? Let’s find out below.

What Happened to the Elektrolytes in 2018?

Following their win on the seventh season of America’s Best Dance Crew in 2012, the dance crew embarked on a tour, which saw them traveling to many different cities across the U.S.

Three years later, they returned for the eighth season of America’s Best Dance Crew, which happened to be an All-Stars special (i.e. the cast consisted of six of the show’s previous winners). In addition to the Elektrolytes, the cast also included I.aM.mE, We Are Heroes, Quest Crew, Kinjaz, and Super Cr3w, each of which represented a different season.

For the first episode, all six dance crews danced alongside Ne-Yo and his medley of songs which included Time of Our Lives, Coming with You, and She Knows. Afterward, each of the groups incorporated a VMA-nominated hit into their routine; for this, the Elektrolytes chose to dance to Duck Sauce’s Big Bad Wolf. In the end, they were safe from elimination.

The subsequent round was the VMA Icons Challenge. For this episode, they danced to a master mix of Drake’s Started from the Bottom, before being assigned to one of Jason Derulo’s songs. Though they landed in the bottom two, they were ultimately spared from elimination; instead, We Are Heroes were sent home.

For the third week, the Elektrokytes and the rest of the crews performed a martial arts-inspired dance to a mix of Taylor Swift’s Bad Blood. Told to incorporate fashion into their routine, they later went on to perform to Mark Ronson’s Feel Right. Despite their best efforts, however, they were later eliminated, after landing in the bottom two (the other group is that of the Quest Crew).

What have they been up to since? As far as we know, the Electrolytes have not returned to television since. Instead, they seem to be focusing their efforts on a dance academy that they’ve since opened called The Rise Dance Academy.

Located in Gilbert, Arizona, the academy currently offers a number of dance programs (e.g. Kids Hip Hop, Open Class, Urban Choreo, etc). Looking at the schedule posted on their official website, their timetable appears to be quite packed. In addition to the lessons that they offer, the Elektrolytes themselves also have rehearsals at the establishment for various shows and events. If you’re interested in what they have to offer, you can visit The Rise Dance Academy’s official website here.

Speaking of events, the crew has also performed at a number of venues over the past few years, if their Facebook videos are anything to go by.

Based in Gilbert, Arizona, the Elektrolytes was formed in 2006 by a close-group of high school friends, all of whom shared one passion- dancing. In 2011, they gained attention after finishing first at the Hip Hop International USA (Adult Division). From there, they went on to place seventh in the World Hip Hop International Finals.

Still, it wasn’t until they appeared on America’s Best Dance Crew that their popularity soared. After their success at the HHI USA, they decided to audition for the show in 2012. With a bit of luck, they made it into the competition, representing the West Coast; some of the other dance crews included Fanny Pak, 8 Flavahz, Foundation, Los Wanted Crew, and Stepboys.

Throughout the competition, they danced to a number of songs including Flo Rida’s Club Can’t Handle Me, Madonna’s Hung Up, Drake’s Headlines, Jennifer Lopez’s Get Right, and Pitbull’s I Know You Want Me, among several others. After many weeks of competing, they found themselves in the finals with 8 Flavahz. In the end, they were crowned as the winners after one final performance to Nicki Minaj’s Starships.

Following their victory on MTV’s dance competition, they competed in the 2012 Hip Hop International (Adult Division), where they finished in third place.

With the revival of America’s Best Dance Crew in 2015 (the show had halted after their win in the seventh season), the Elektrolytes were invited to compete against several of the show’s previous winners. Ultimately, they made it to week three, before being eliminated from the competition.

Since then, the dance crew has opened up a dance school- The Rise Dance Academy in Gilbert, Arizona. As far as we can tell, it seems to occupy most of their time nowadays, as discussed earlier.