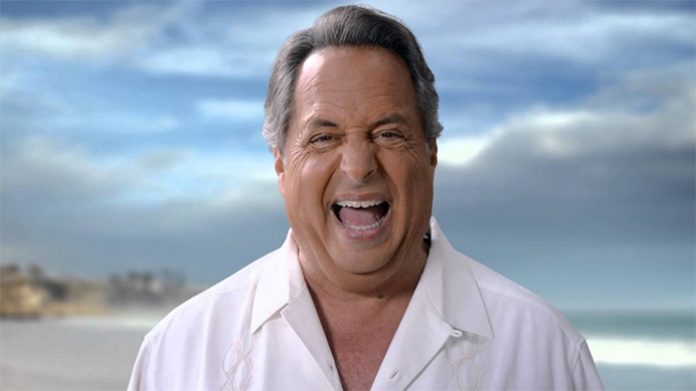 An American comedian, Jon Lovitz rose to fame as a cast member of NBC’s Saturday Night Live in the mid-80’s. Since then, he has appeared in several other television programs including NewsRadio, The New Celebrity Apprentice, Hot in Cleveland, and The Critic, to name a few.

In addition to TV, he has also acted in many films over the years such as Rat Race, The Wedding Singer, A League of Their Own, and The Benchwarmers. Most recently, he played a supporting character in the 2017 comedy, Killing Hasselhoff, starring Ken Jeong and David Hasselhoff.

How much did he make from SNL? How well paid is he as an actor? How rich is the entertainer? According to various sites, Jon Lovitz’s 2018 net worth is around $12 million. Where did he earn the bulk of this from? Is he involved with any other projects, aside from television and film? Let’s have a look at this below.

How did Jon Lotiz Make His Money & Wealth?

Born on July 21, 1957, in Los Angeles, California, Jon Lovitz grew up in the Tarzana suburbs, where he fell in love with making others laugh as a young boy. With that said, it wasn’t until he hit his early teens—after watching Woody Allen’s Take the Money and Run, that he considered pursuing a career in comedy. As a student, he went to Harvard-Westlake School, a prestigious high school in the LA area.

After graduating, he attended the University of California at Irvine, where he studied drama under Robert Cohen, a well-known acting instructor. Upon completing his program in 1979, he joined and performed with the Groundlings, a sketch comedy group in LA. Ultimately, it was after he and the group appeared on The Tonight Show in 1984, that he was invited to join the cast of Saturday Night Live.

The big break that he’d been waiting for, he began to appear on Saturday Night Live in 1985. As one of the main cast members, Lovitz was reportedly offered a $500,000 contract by the network. Responsible for the launch of his career, he would go on to win several accolades including two Emmy Award nominations. In the end, he stayed on the show for five years, until 1990.

Since then, he has appeared on numerous other TV programs such as WWE Raw, The $100,000 Pyramid, and The New Celebrity Apprentice. As an actor, he has also worked on several titles including The Naked Truth, Just Shoot Me, Two and a Half Men, and Las Vegas, to name a few.

Perhaps even more impressive, however, is his list of film credits. Over the past two decades, Lovitz has acted in countless movies such as A League of Their Own, The Brave Little Toaster, The Wedding Singer, The Benchwarmers, and High School High. Most recently, he appeared in the 2017 comedy, Killing Hasselhoff.

Aside from television and film, he has also continued with his comedy career. In fact, The Jon Lovitz Comedy Club location was opened in Universal Studios Hollywood in 2009.

No, as far as we know, he is currently single. In 2016 however, it was announced that he had gotten engaged to Jessica Lowndes—which later turned out to be a publicity stunt.

Does Jon Lovitz Have Any Children?

No, Jon Lovitz does not have any children that we know of.

Did Jon Lovitz Go to College?

Yes, Jon Lovitz attended the University of California at Irvine, where he studied drama.

What is Jon Lovitz Famous For?

Jon Lovitz rose to fame in the mid to late 80’s as a main cast member of NBC’s Saturday Night Live. Since then, he has appeared in many other TV programs, as well as films.

The comedian/actor currently resides in LA, according to his official Twitter bio. We do not have any pictures of his home at this time.

What Kind of Car Does Jon Lovitz Drive?

How Much Money Did Jon Lovitz Make Last Year?

We do not have any information on Jon Lovitz’s earnings for 2017 at this time.

So far this year, he has appeared in a few TV/film titles including Funny You Should Ask, Paws P.I., The Simpsons, and Bachelor Lions. According to IMDb, he will be co-starring in an upcoming comedy titled A Funny Thing Happened on the Way to the Castle.

Want to keep up with the comedian? If so, you’ll want to follow him on social media—you can find Jon Lovitz on Twitter at @RealJonLovitz or on Instagram at @Jon_Lovitz. While you’re at it, don’t forget to also show your support on his official Facebook fan page here.