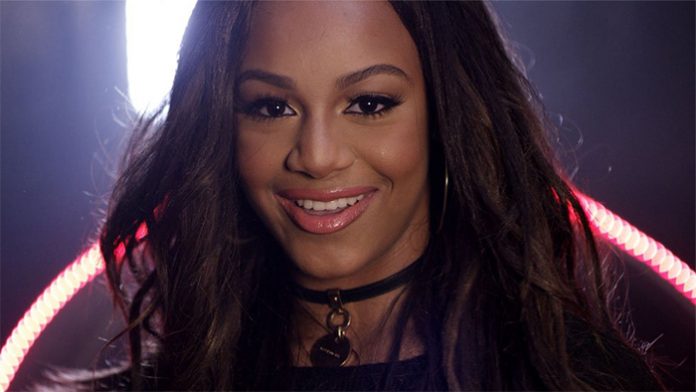 A young dancer, Nia Sioux rose to fame after appearing in the Lifetime reality series, Dance Moms. One of the original cast members, she starred on the show for five years, before leaving in the seventh season.

Since then, she has not only appeared in several other TV programs but has also released a number of singles. Some of her most popular songs include Winner, Star In Your Own Life, Dance (Just Rock) and Slay (Feat. Coco Jones). Most recently, she came out with You Don’t Really Wanna in 2017.

What was her salary on Dance Moms? How much did she earn from starring on the show?  How lucrative is her music career? What other projects is she involved with? How rich is she? According to various sources, Nia Sioux has amassed a net worth of $1 million as of 2018. What does she owe this to? Let’s find out.

How did Nia Sioux Make Her Money & Wealth?

Born on June 20, 2001, in Pennsylvania, Nia Frazier is the daughter of Holly and Evan Frazier. One of three children, she has an older brother named Evan Jr. and a younger brother named William. Growing up, she has always loved to perform; not only did she enjoy music, but she was also a talented dancer.

At the age of ten, she made her television debut in Lifetime’s reality series Dance Moms. Set in Penn Hills, Pennsylvania, the show revolves around the early training of young dancers under the tutelage of Abby Lee Miller. One of the original cast members, Nia and her mother Holly Frazier were both introduced in the first season.

Eventually, during the middle of season seven, she left the Abby Lee Dance Company to join “The Irreplaceables”, a dance team that consists of Chloe Lukasiak, Kalani Hilliker, Camryn Bridge (and their respective mothers). How much is Nia paid for her appearances on the show? Unfortunately, details regarding her salary have not been disclosed to the public. Seeing as how she’s been on the show for several years, however, it’s likely that she’s earned a considerable amount from the franchise.

Since her rise to fame, the teen has also acted on a few occasions. For instance, she’s appeared in the music videos It’s a Girl Party, and Freaks Like Me. Perhaps her most standout role, however, is that of Emma Barber in the long-running soap opera, The Bold and the Beautiful. Sometime later this year, she will also be making her big screen debut in the film, Runnin’ from my Roots.

Aside from her television career, she’s also made a name for herself as an artist. Over the past few years, she has come out with a number of singles including Star In Your Own Life, Slay (Feat. Coco Jones), Winner and Dance (Just Rock). Most recently, she came out with You Don’t Really Wanna last summer. For now, though, it’s unclear whether or not she will be releasing an album sometime in the near future.

No, she is not married. The last that we’d heard, however, she was in a relationship with Bryce Xacier, a fellow dancer and performer.

Does Nia Sioux Have Any Children?

No, Nia Sioux does not have any children.

Does Nia Sioux Go to College?

No, she has not. In fact, she is currently still in high school.

What is Nia Sioux Famous For?

Nia Sioux rose to fame at the age of ten after starring in Lifetime’s reality program, Dance Moms in 2011.

Nia Sioux currently resides in Pennsylvania. We do not have any additional details at this time.

What Kind of Car Does Nia Sioux Drive?

Details on Nia Sioux’s vehicle is not available at this time.

How Much Money Did Nia Sioux Make Last Year?

Unfortunately, we do not have any information on Nia Sioux’s 2017 earnings at this time.

Earlier this year, she landed her first major acting role in the long-running soap opera, The Bold and the Beautiful. Cast as Emma Barber, she has already appeared in over two dozen episodes as of August 2018. Sometime later this year, she will also be making an appearance in the movie, Runnin’ from My Roots.

What’s the dancer up to nowadays? If you’re a fan, why not follow Nia Sioux on social media? You can find her on Instagram and Twitter at @NiaSioux. On Facebook, she also has an official fan page that you can check out by clicking here.