What Happened to Arnie States from The Rob, Anybody, and Dawn Show? Find Out What He’s Up to Now 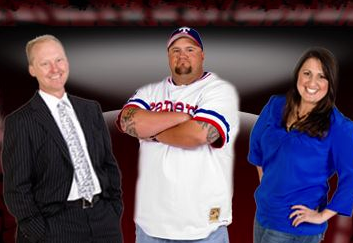 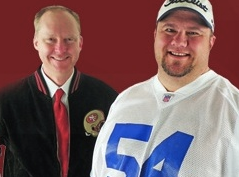 Many of you probably listen to the popular radio show The Rob, Anybody, and Dawn Show. Many of you have also probably listened to the show when it was called The Rob, Arnie, and Dawn Show and The Rob, Nobody, and Dawn Show. The catalyst behind these name changes was one man: Arnie States. Arnie was the heart and soul behind the radio show, and when he left, the fans went crazy. The question now, however, is, what happened to Arnie States? He’s no longer on the show, as you can infer from its latest title, so where is he now?

Born on September 17th, 1971, in Garland, Texas, Arnie States was one of the hosts of the popular radio show. He first met co-host Rob Williams in a bar in Reno, Nevada, where Williams offered States an internship at his station. Arnie waited his turn, and eventually the women who did the morning show left the station, and Arnie took her place as the other co-host. This is where Arnie’s career took off, and the radio show started to gain popularity.

Soon, however, Arnie’s life and career took a tragic turn. Life behind the antennae, radio life, is very different than many think. Arnie is a clear example of this. Rob Williams, fellow co-host of The Rob, Arnie, and Dawn Show, told a story that shocked everyone. He said that one day, Arnie didn’t come to work on time, which was unusual, since he was always there not just on time, but before he would have needed to be there. Rob went over to his home after calling Arnie multiple times and getting no responses. He had no idea what to expect. This was his on and off air partner, someone who he had become very close with over the years of the incredibly popular radio show. Rob realized that something terrible, something huge, had happened, and he decided that it was appropriate to dial 911, and that’s exactly what he did. When the police arrived, they couldn’t get inside Arnie’s home, as he had locked the doors, so they had to force their way in through his doggie door. When they got inside, they searched for Arnie, and then they saw something horrific: Arnie was lying in his bedroom with blood seeping from his wrists.

He was still alive, but it turned out that Arnie had tried to end his life by slicing gashes into his arms and letting the blood pour out. He wasn’t trying to be heard, make a statement, or be a burden. He didn’t call anyone, he didn’t write out a final note like many suicide victims do. He just wanted to end his life.

Three weeks after this traumatic event, Arnie returned to the show. Rob said that the rest of the cast from The Rob, Arnie, and Dawn Show were very supportive and professional.

“I’ve never seen such an amazing team, which doesn’t surprise me in the least. When the show members were told by me that morning what Arnie had done, there were some tears and then everyone sprung into action doing everything from communicating with affiliates, planning to do Best of Morning Shows, taking care of Arnie’s dog, cleaning up his house, etc. Because of privacy issues and HIPPA laws, we had to keep everyone in the dark, which meant a lot of leaps of faith on the parts of radio partners, clients, and sponsors. Everyone was amazing.”

The day Arnie came back and reclaimed his position on the morning radio show, he did the brave, difficult task of explain to the world what had happened, in his own words. Rob Williams said that there was sadness, shock, and many other different emotions during the broadcast. None of the show’s fans, sponsors, or clients could have expected the story Arnie told. It was a kick in the gut, a blindside hit from a linebacker. Most had assumed the reasoning behind Arnie’s absence was that a member of his family had died, or that Arnie overdosed on drugs. However, hearing, in his own words, the story of how he couldn’t handle his own life, how his demons overtook him, how he had been battling depression for many years, was powerful to them. It was a moving story.

Most of the time, when you hear of some celebrity death, you sit down and think, “Wow, that’s terrible.” You may give your condolences and spend a moment thinking about the person, but then you forget about them, because you had no real attachment to them. However, with Arnie, this was someone who the listeners of the radio show had almost known personally. They woke up every morning to his voice, him going on and on about his political opinions, or having a friendly argument with one of the other members of the show. His voice become routine, and after a while, necessary. During those three weeks of hearing nothing, many fans had to have been feeling nostalgic.

Once they heard the full story from Arnie, however, it hit them hard. Many fans wrote letters and mailed 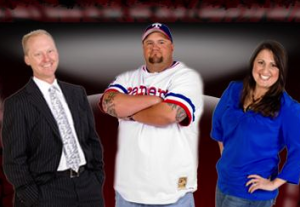 them to the location of the studio, mostly letters of sadness and wishing Arnie the best. There were, however, angry letters from listeners who were not only disappointed in Arnie, but they called him a “loser” and “desperate”. All of these letters were aired on the show, with Arnie sitting right there. While there was some hurtful letters, most of them were compassionate and helped Arnie.

The show started to sell special edition shirts during this time, with the words “Support Arnie” across them. After Arnie had left the show, members of the show started to design the shirts. Their design was an elephant behind held up by a group of people. Arnie was an overweight man, which was thought to be one of the root reasons for his depression. The elephant symbolized him, and everyone holding him up symbolized his support. The shirts sold well while he was absent, and after he told his story the orders increased significantly. The show is known to talk about controversial subjects, and when suicide comes up, they won’t back down from talking about it. After the incident with Arnie, they are only more aware and more ready than ever to give advice to people.

Williams considers Arnie his best friend, and a loyal partner on the radio show for the greater part of the past two decades. He calls him “the funniest person I’ve ever met” and someone who has problems, and has struggled to overcome his demons for a long time. He has seen Arnie overcome these demons before, and he knew he could do it again.

After his return, Arnie said that he feels that he is “a really blessed and lucky guy” to work with his coworkers. He considers them some of his best friends, and he says during this event in his life they never once judged him.

November 13th, 2012 was the day Arnie returned to the show. Everything was normal again, with him talking about the usual subjects and the crew arguing along with him. Fans, producer, sponsors, and everyone else were happy. It seemed like everything was back to normal, and it was, for a while.

Then, three years later on March 10th, 2015, Arnie took a month long leave of absence from The Rob, Arnie, and Dawn Show. The show mysteriously removed all traces of Arnie’s name, and the website followed suit. The show changed its name to The Rob, Nobody, and Dawn Show, and then The Rob, Anybody, and Dawn Show. Shortly after this happened, Rob released a statement saying, “In the interest of Arnie’s privacy, I can’t talk about the circumstances (which is why it cannot and will not be addressed publicly beyond this), but I can confirm that Arnie is no longer on the show.” 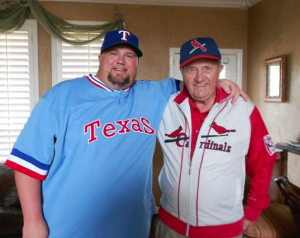 After the announcement, many fans had strong opinions against the removal of Arnie from the show. People were calling for Rob to retire, saying that without his former partner, he was nothing. Some said that if Arnie releases his own show, everyone would move there.

Others were more civil, saying that they loved Arnie’s rants and they are saddened to see him leave, and they wished him the best in his future endeavors.

So what has Arnie States been up to since then? Where is he now? On April 13th, 2015, Arnie returned to the same radio station, but not to his former radio show. He joined a local afternoon radio show called “The Dog Pound”. During the show, some of his new partners would criticize Rob Williams; however Arnie would stay silent during these moments. It shows Arnie’s character, and how professional he really is. The show is still going, and Arnie is in a good place mentally.

He has also appeared on the Travel Channel show “Man vs. Food”, and he has a comedy show called “Too Fat to Stand Up”, and his CD from the show peaked at number three on the United States iTunes Comedy Charts and number four on the Billboard Comedy Albums chart. It seems as if Arnie has continued his career and is pursuing different things, however, his legendary time on The Rob, Arnie, and Dawn Show seems to be over. However, his time on the show generated many fans, and many people grew up hearing Arnie’s voice each morning. He changed the world for the better, improved many people’s lives, and most likely helped many other depressed people by sharing his own experiences with his demons.

When you find yourself asking, “Whatever happened to Arnie States? Where is he now?” You will realize that he is on a new radio show, and pursuing new things. He is improving himself, and continuing to improve the world, too.