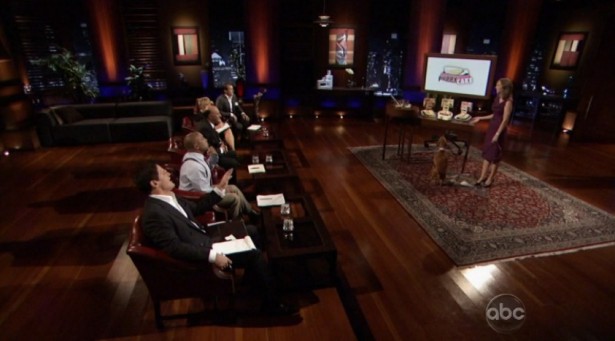 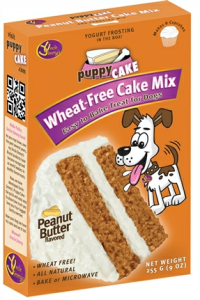 Kelly Chaney was working at a sales and marketing firm when she first got the idea for her new business venture. One of the clients at her firm worked in the baking industry and she was struck with inspiration while flipping through said client’s old cake mix advertisements. There are a lot of boxed cake mixes out there for people, but what about for dogs? Dog lovers and owners usually love to spoil their pets with treats and toys, so it only made sense to assume that they would love to bake a cake for their furry friends as well. Kelly knew that it was going to take some time and effort before she perfected the perfect recipe though. She had to make sure that her product excluded ingredients that could be harmful to pooches, so it did take a lot of trial and error before she created the right blends for her cake mixes.

Eventually Kelly made Carob Cake and Banana Cake mixes which then set her Puppy Cake business into motion. Her mission with the business was the create a fun experience for both dogs and their owners with healthy cakes that contain quality human grade ingredients. However, she was going to need some help financially because of production and advertising costs. That is why Kelly decided to take her business to ABC’s Shark Tank. She hoped that they would be able to see the potential in her product and give her the investment she would need in order to give her business the kick start it needs.

Chaney enters the Shark Tank seeking a $50k investment for a 25% stake in her Puppy Cake business. She then goes on to explain the inspiration behind the product. After running into her former client who made cakes for people, she decided that she wanted to make nutritional cakes for dogs. The cakes are pretty similar to cakes for people. All you have to add to the mix is eggs, oil, and water, which you then blend together and then bake it. In addition to the cake mix, Puppy Cake also comes with yogurt frosting, which only needs to be whipped together with water. Each box can make either 6 cupcakes or 1 four inch round cake.

To demonstrate just how much dogs actually enjoy these Puppy Cakes, Chaney feeds one to Minnie, the dog she brought into the Shark Tank with her. Robert Herjavec asks why dogs can’t just have a normal cake. According to Chaney, she found through her research that a dog’s digestive system is different than a person’s, so there are some ingredients in normal cake mix that can be harmful to them. That’s why she created Puppy Cake, to make a safe alternative treat for them.

Kevin O’Leary inquires on the sales she’s made so far with Puppy Cake. Over the last four years that she’s had the business, Chaney has made around $80k in sales. In the last year she totaled around $23k in sales. Lori Greiner wants to know if this product is sold exclusively online or if she also supplies to retailers, which she finds out is both. Puppy Cake is supplied to 150 retailers and is also internationally sold through their website. She believes that with the proper funding, her product could be sensational because it has already been doing so well despite the fact that she’s hardly done any advertising herself. Magazines like Modern Dog Magazine, Bark Magazine, and Pet Product New International have all recognized her cake mixes and featured them in at least one of their issues. 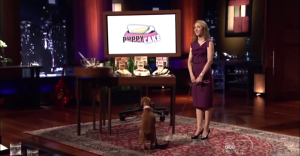 O’Leary and Herjavec don’t appear to be too convinced that this would be a great item to put on shelves. Herjavec believes that it is just a novelty item and O’Leary isn’t too sure that people would really want to go through the effort of baking a cake for their dogs. However, Greiner chimes in to say that her aunt actually bakes cookies for her dog because she treats her pet like a child. And according to some research, 43% of people celebrate their dog’s birthday. O’Leary argues that a birthday only happens once a year and it doesn’t seem so practical to make a product that would only be purchased once annually. Chaney counter argues that there are at least 700 million households in the United States that own one or more dogs and that even if they only tapped into 1.5% of that market, they would still sell 1 million boxes. The reason she has not been able to sell more that $23k worth is because she lacks the capital she needs and doesn’t have the proper advertising connections.

Another issue that Chaney faces is that she is not the best saleswoman. She has tried to contact companies that distribute pet products and has even walked into pet stores to ask them if they would be interested in selling her Puppy Cakes, but she has a difficult time pitching her product. That is another reason why she is hoping to land a deal with one of them, so that they can do the talking for her. Unfortunately though, Herjavec still doesn’t see the real potential in the product because he can only see it being a novelty. He decides not to invest. Then O’Leary takes his turn to speak and argues that there probably aren’t a lot of dogs who die from eating regular cake, but Chaney counteracts that by saying “would you give your child something you knew wasn’t good for them?”. He claims that “dogs aren’t that stupid” and that “they know what they should and shouldn’t eat”. Of course that isn’t necessarily true because dogs have a tendency to eat what is put in front of them. O’Leary still can’t seem to empathize with the situation though, and argues back and forth with Chaney for a while because he doesn’t believe that she should continue on with this business endeavor. In the end, he ultimately ends up telling her that he is not going to invest.

That leaves three Sharks left, and though Greiner does believe that people are willing to spoil their pets, she does not invest because she thinks that Chaney should work on producing a whole line of puppy friendly food products. Mark Cuban seems to be the only Shark that thinks she does have a good product, but he is disheartened by the fact that she’s had 4 years to make a lot of sales but she used the excuse that she was not a good salesperson. He says that because she lacks the ambition to drive her business, he can’t give her an investment. That leaves Daymond John as the only Shark left, who admits that he has dogs, but they have it pretty rough because they live mostly in the yard. He too doesn’t really have any faith in her product, so he also does not invest. As a result of all the Sharks backing out and not striking up a deal with her, Chaney has to leave the Shark Tank empty handed. 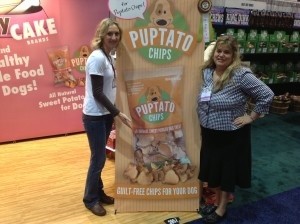 Since appearing on the show, Puppy Cake hasn’t completely flopped like the Sharks probably would have thought it would. Kelly has since then taken her product to several trade shows and won multiple awards for her product. Attending these shows gave her the publicity she needed to make connections with other businesses and companies that could help her own grow. Puppy Cake mixes are now supplied in hundreds of retail locations and also through their website (https://www.puppycake.com/default.asp). And, as you can see on the website, Chaney took Lori Greiner’s suggestion and added to her line of products. Puppy Cake now offers a form of puppy chips and ice cream for dogs. Overall, things seem to be going pretty well for Chaney and her business even though the Sharks were convinced that it was going to be a dud.