What Happened To Jerry Seinfeld – See What He’s Doing Now 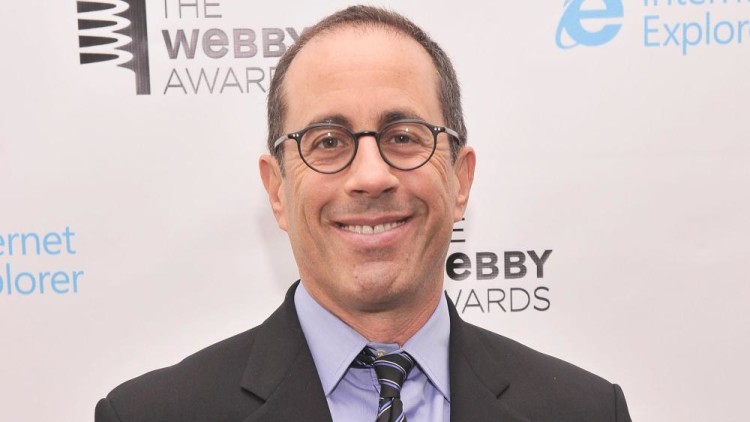 *Cue the Slap Bass”. Comedian Jerry Seinfeld is best known for his namesake television sitcom “Seinfeld” first airing in 1989. He is currently the richest comedian in the U.S. and has toured consistently since even before “Seinfeld” aired. Since the show he has been involved in media mainly as a writer, having appeared in less and less programming over the years, so what is he doing now? 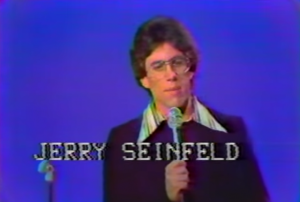 Jerry Seinfeld was born on April 29th 1954 in Brooklyn New York to Kalmen and Betty Seinfeld. He grew up in Massapequa New York and attended the local high school. Upon graduation he attended State University f New York at Oswego for two years before transferring to Queens College, from which he graduated with a degree in communications and theater.

He grew up watching comedians, and had always had an interest in comedy. Jerry Seinfeld was able to channel that into a few productions at college but it wasn’t until after graduation that he took to the stage. He tried an open mic night at New York City’s “Catch a Rising Star”. He killed it, and landed himself an appearance on a Rodney Dangerfield HBO Special. He moved from that to a recurring role on the sitcom “Benson” playing a mail delivery boy who performed comedy routines.

He was unceremoniously fired from the show due to creative differences. Jerry has been quoted as saying that he didn’t know he had been fired until he read the script and found his character absent. In the early eighties he made a successful appearance on “The Tonight Show Starring Johnny Carson”, impressing the host and leading to more frequent appearances, he would also appear on the rival program “Late Night With David Letterman”.

He appeared on a variety of shows after “Benson” but the most important one was “The Seinfeld Chronicles”. The show acted as a pilot for “Seinfeld” proper. When it aired almost 11% of the viewing public tuned in to watch and the show received positive critical press. The executives at NBC were still worried about ordering a full season. Jerry Seinfeld offered part of his personal budget and convinced them to green light a four episode season, the smallest in US television history.

The show went one to become one of the most critically acclaimed sitcoms of all time. It set the standard for what was to come and revolutionized the genre in several key ways. Foremost of which is the general premise. A group of friends, unrelated via blood or work, but still friends interacting. There was no over arching point to be made, just the general humor in life.

Unfortunately with genre redefining shows like this. Everything that they did differently get endlessly reiterated by every copy-cat show. When you go back and watch the it now, while the it’s still funny, it doesn’t look like the genius that it is. I would still recommend you go back and watch it, if only for its importance in television history.

After “Seinfeld” ended in 1998 Jerry returned to stand up rather than making the transition to acting a permanent one. He went on tour and recorded a comedy special “I’m Telling You for the Last Time”. The tour lasted years and he visited countries the world over. This part of his life was chronicled in the documentary “Comedian”. He has written several books as well, though they are mostly transcripts of his routines.

He appeared as himself many times over the years, notably on “30 Rock” and “Louie”. He co-wrote and starred in the film “Bee Movie” in 2007. The film is strange. I only watched it the once a while back and from what I remember it’s about a woman who falls in love with a wise cracking bee. I mean, the premise sounds awful, but apparently the execution must have been alright because it received mixed reviews from critics. 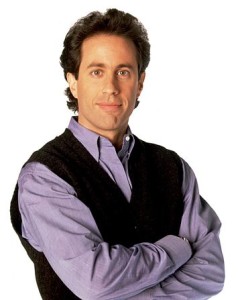 He has appeared in long time friend and “Seinfeld” co-creator Larry David’s “Curb Your Enthusiasm” six times. He plays a fictional version of himself. All the “Seinfeld” alum show up for a fictional reunion within the show.

What is Jerry Seinfeld Doing Now in 2018?

Beginning in 2012 Jerry Seinfeld hosts “Comedians in Cars Getting Coffee”. He created, directs and produces the web series and as of may last year it had been streamed over 100 million times. It will be continuing for at least three more season. There has also been rumors that Larry David is penning another “Curb Your Enthusiasm” season and it is likely that Jerry will again appear.

I expect we will see Jerry Seinfeld on tour again at some point this year, if not hosting another award show. He has stated in the past that he intends to perform live stand up until he falls down, and it doesn’t seem like he’ll be doing that any time soon. In all Jerry is a man who has made his money, he does projects as and when he pleases, so in 2017 we can expect a few surprises from the funny man.