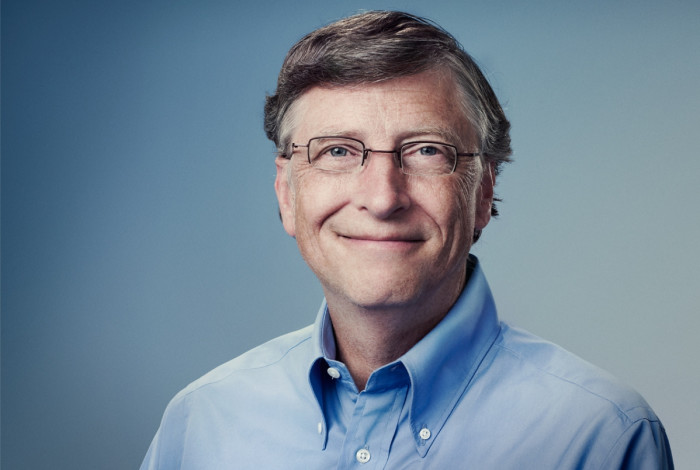 Billionaire programmer turned business magnate, Bill Gates is again the current richest man in the world. He founded Microsoft in 1975 and it has gone on to be the fourth largest software company in the world. He stepped down as CEO of the company in 2008 to focus on his philanthropic work through the Bill and Melinda Foundation. He has vowed to donate more than half of his fortune, and has so far donated $28 billion. He has also convinced many other billionaires to join him in donating huge amounts of money. So how did he make his billions?

How Did Bill Gates Make His Money & Wealth?

Bill Gates was born in Seattle Washington on October 28th 1955. He took an interest in computers at age thirteen and began coding in BASIC on a General electric computer, being excused from math class to do so. His passion for programming grew, and when he went to Harvard he was known for his innovative algorithms and excessive computer use. He dropped out of the school after he successfully sold a non-existent BASIC compiler for the MITS Altair 8800.

He co-founded Micro-Soft as a formal company with Paul Allen in order to complete the compiler. They dropped the hyphen before the next year and Microsoft’s Altair BASIC was popular with hobbyists. In spite of a popular program, the company did not do very well. The vast majority of users did not pay the company for it. In 1980 IBM approached the company to build a BASIC interpreter,  but soon found themselves needing an OS. While Microsoft initially advised they look to another company, the negotiations with them fell through. Bill Gates then suggested 86-DOS, an OS made by SCP that ran on similar hardware to the IBM build. Bill secured the exclusive licensing, and eventual full ownership, of the operating system, and set to work adapting it for the IBM PC.

In a move that would go down in history alongside George Lucas retaining merchandising rights, Bill Gates retained the copyright to the OS, believing that other hardware vendors would clone IBM’s system. He was right, IBM’s system became the modern PC, and Bill Gates made a killing selling his MS-DOS. Huge sales propelled the company into the big leagues and they have gone from strength to strength. The release of Windows in 1985, and the Microsoft Office suite, allowed them to dominate the corporate market and the proliferation of the consumer PC in the nineties allowed Bill Gates to make even more money.

These days most people have a PC that runs some kind of Microsoft product, whether OS, browser or Office. Bill has been pouring money into all kinds of ventures recently. From clean energy to vaccinations.

Does Bill Gates have kids?

Where did Bill Gates go to College?

Gates originally attended Harvard university. He received a 1590 in his SATs. While at Harvard he devised an algorithm for pancake sorting as a solution to one of a series of unsolved problems. His solution held the record for being the fastest for more than thirty years, and the algorithm that beat it only does so by a 1% margin.

Where Does Bill Gates Live? Picture of Bill Gates’ House

The Gates Mansion is called Xanadu 2.0. It overlooks Lake Washington in Medina. The 66,000 square foot estate is well known for being one of the most technologically advanced homes in the world. It is named for the title character’s mansion in the film “Citizen Kane”. It took seven years to build and cost $63.2 million. It’s estimated current value sits at $154 million.

How much did Bill Gates Earn Last Year?

After stepping down as CEO of the Microsoft Corporation in 2008 to focus on his philanthropy, Gates has donated $28 billion to charity. He merged several family foundations to form the Bill and Melinda Gates Foundation in 2000. The foundation is organized into four program areas. Global Development Division, Global Health Division, United States Division, and Global Policy & Advocacy Division.

Some of the companies the foundation has invested in have been accused of worsening poverty and a variety of other ethical violations. The foundation initially set up a review, but cancelled it, reaffirming their commitment to questionable organizations. In 2014 Gates sparked controversy after pledging $50 million to UNAIDS, an organization committed to circumcising the male population of Zambia and Swaziland.