What Happened To The Medal of Honor Series – Changes & Game Updates

Medal of Honor quickly caught the attention of gamers around the world with its PS1 release in 1999. The game became popular for its tough levels and different ways of playing. Players could either use false papers to get past enemies or take them out like a regular first person shooter.

The first game was really good and not only was it challenging, but it also gave us a little bit of history. Its success led to the release of Medal of Honor: Undeground a year later. The game received good reviews and many praised it for bringing a character from the first game and placing her in the lead role so that gamers could see more on her story. 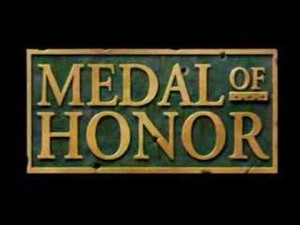 The series did not stop there, three Medal of Honor games were released in the next three years. The game also arrived to the Game Boy Advance and GameCube. In 2003, Medal of Honor: Rising Sun was released for the PS2, Xbox and GameCube, the game received mixed reviews and the sequel was cancelled. The online multiplayer was one of the more successful additions of the title, especially for the PS2, where there were just few games that offered online multiplayer at the time. The online was active until its closure in 2007.

In 2010, Medal of Honor became the first game in the series to be set in modern day. The title was released for PC, Xbox 360 and PS3. It received positive reviews and sold well. Some thought this change was good for the series as it would compete with similar titles. But the next release did not have the same success.

The company placed the series on hold a year later and the studio decided to leave it out of its rotation. They’re now focusing on Battlefield, which is a similar game but mostly about modern day.

Medal of Honor games are classics and who knows, maybe the company will work on one in the future.

Did you play the first Medal of Honor games? What is your favorite of the series? Let us know in the comments.