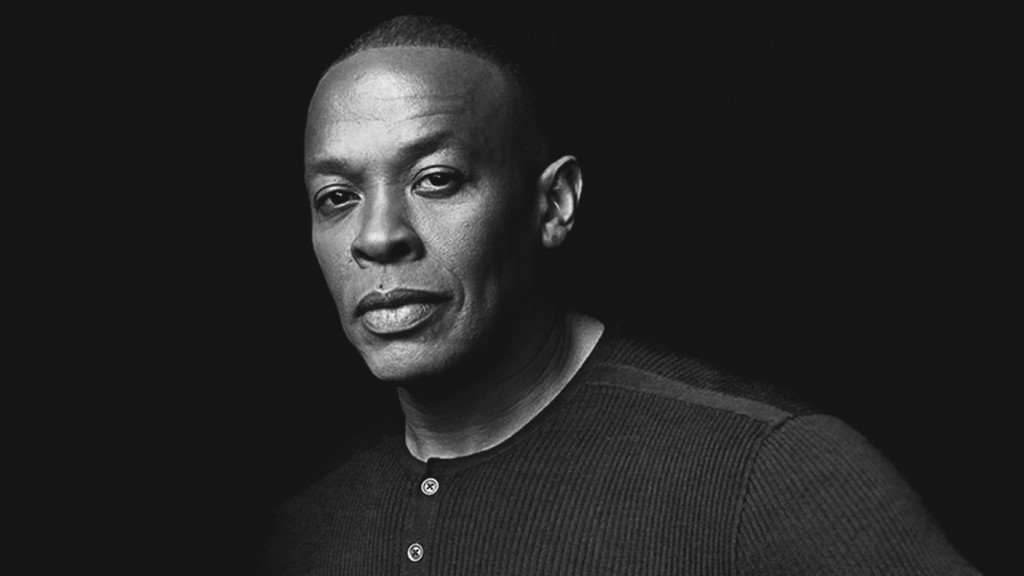 Andre Romelle Young, widely known as Dr. Dre in the world of music and entertainment, is the second richest rapper in the world. He trails only Diddy, aka Sean Combs, in terms of hip hop net worth. A native of Compton, the fifty one year old is a founding member of one of the most influential rap groups of all time, N.W.A. He has found success as a rapper, as a producer, and as a businessman. He is the founder and CEO of a record label called Aftermath. Much of his wealth comes from being the CEO and founder of Beats Electronics, his headphone company. When Beats was sold to Apple for three billion dollars, Dr. Dre’s net worth skyrocketed, and some predict he will become hip hip’s first billionaire. He was recently inducted into the Rock and Roll Hall of Fame, making him one of the first hip hop acts to receive those honours.

How Did Dr. Dre Make His Money & Wealth?

Andre Young was born in Compton, California in 1965. As a youth, he frequented a club called Eve After Dark. He started DJing at the club, under the name Dr. J, based on the name of his favourite basketball player. He became a popular DJ at the club and started recording in a studio at the back of the club. It was at Eve After Dark where he met Antoine Carraby, who would later join N.W.A. It was also there that he met O’Shea Jackson, who would also join N.W.A. under the name Ice Cube, and go on to become a very successful rapper and actor in his own right. 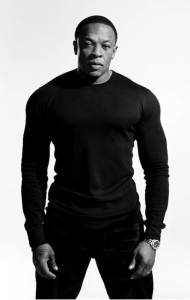 After his initial success as a DJ, Dre joined the electronic music group World Class Wreckin’ Cru, who were successful in Compton at the time. The World Class Wreckin’ Cru’s music was not very good, and Dre had to wear a silly costume for performing, but it was a launching pad into further musical endeavours for Dre. In the late ’80s, Dre formed N.W.A. with Eazy E, Ice Cube, and others. The group found immediate success, pioneering the genre of gangsta rap. Their songs discussed gang violence, police brutality, urban life, and was heavy in profanity. The group had a smash hit on their hands with their first single, “F*ck the Police,” and their first album, Straight Outta Compton, was a success. The group would not have as much success with their subsequent work, but the careers of its members had been launched.

In 1992, Dr. Dre released his first solo album, The Chronic. Again, he had immediate impact. The album launched the careers of Snoop Dogg and Nate Dogg. With singles “Nothin’ But a G Thang” and “Dre Day,” he invented the genre of G-funk, and made Snoop Dogg into one of the biggest stars in the world. Dre was listed by Billboard as being one of the best selling artists in the world that year. In 1993, he produced Snoop Dogg’s successful album Doggystyle, and in 1995 he signed Tupac to his record label, Death Row. He collaborated with Tupac on the song “California Love.” Then he quit Death Row, and formed his own label, Aftermath. In 1998, another massive step forward came when Dr. Dre signed Eminem, who would go on to be one of the most successful musicians in the world in the early 2000s.

The 2000s were full of more musical success for Dr. Dre as well. His album 2001 was another success, selling almost two million copies in its first week. Eminem’s profile continued to rise with Dre collaborating with him and making his beats. Dre also signed and produced music for 50 Cent. He continued producing music for a wide range of artists during the 2000s, to varying success. His latest album came last year and was an accompaniment to the movie “Straight Outta Compton,” which profiled his life. He has also acted, and is the founder of a headphone line, Beats by Dr. Dre. When he sold the brand to Apple, he moved from being a very successful rapper and producer to being one of the richest men in hip hop.

Back in 1996, Dr. Dre married Nicole Threatt, to whom he remains married to this day. Before that, he had a number of other relationships in the ’90s, including with the singer Michel’le. Dr. Dre has been accused of violence and abuse towards women in the past. This includes an incident at a nightclub in 1991 in which he assaulted television host Dee Barnes because she covered him negatively on TV. When Dre dated singer Michel’le in the ’90s, and she accused him of being violent towards her, but she did not take legal action. Dr. Dre has admitted that the allegations of violence against him are true, and has apologized profusely in the media.

Does Dr. Dre have kids?

Dre has had many kids with multiple women over the years. He had his first son when he was sixteen with Cassandra Joy Greene. This son, Curtis Green, is now an aspiring rapper that calls himself Hood Surgeon. He had another son in 1988, Andre Young Jr. Young Jr. died of a drug overdose in 2008. He had a son with Michel’le in 1991. He and Nicole Threatt, his current wife, have two children together, a son and a daughter.

Where Does Dr. Dre Live? Picture of Dr. Dre’s House 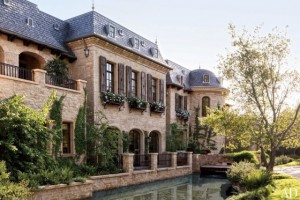 Once Dr. Dre sold his headphone line for over three billion dollars to Apple, he spent some of the money he made on a very expensive new house. He bought a $50 million house that was built and owned by Tom Brady and Gisele Bundchen previously. They reportedly built the house for $20 million, so they made a considerable profit when they sold the place to Dre. The house is as luxurious as you’d expect for a fifty million dollar home, and is said to be high-tech and eco-friendly.

Why is he called Dr. Dre?

When Dr. Dre first started performing in the Eve After Door club, he initially chose the name “Dr. J” for himself, naming himself after the nickname of the famous basketball player, Julius Irving. Dr. J was his favourite basketball player. Over time, he changed his moniker to “Dr. Dre,” mixing his own first name Andre with the Julius Irving’s nickname. He branded himself as a “master of mixology” in this time, and would continue to rap about doctor-related themes in his early career.

How much did Dr. Dre Earn Last Year?

Through a variety of musical, business, and film related revenue streams, Dr. Dre reportedly made around $33 million last year. While that doubtlessly seems like a lot, it’s not even close to what he made the year before. In 2014, due to the sale of his headphone company, Dre is said to have pulled in somewhere around $620 million, an absolutely insane year financially.

Over his career, Dr. Dre has supported a number of charities that benefit urban youths and education. In May of 2013, he donated part of a $70 million endowment to the University of Southern California to create an academy to support the development of arts and business. The program strives to help uniquely qualified students develop themselves in creative ways that they wouldn’t be able to otherwise. This gift of Dre’s was the largest by an African American man to any college of university in the history of the United States.