Cristiano Ronaldo Net Worth 2018 – How Rich is He 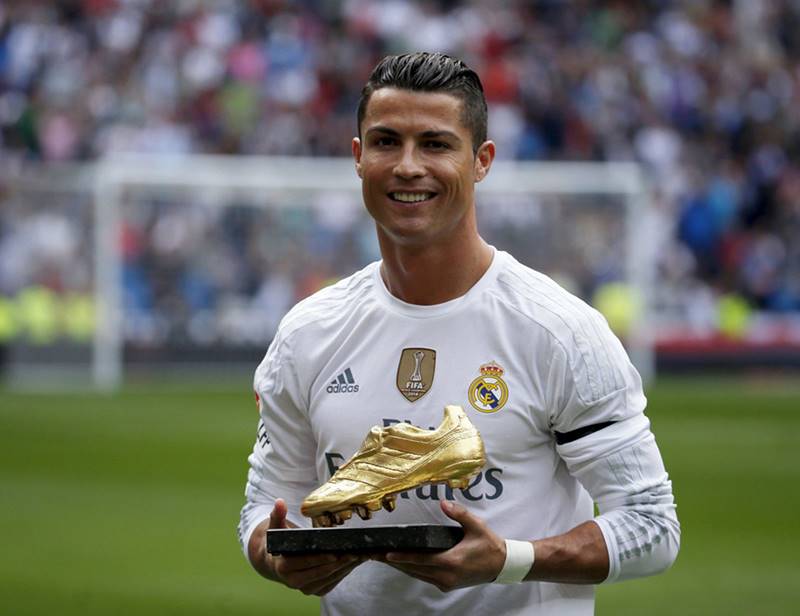 Ever since he made his debut with Manchester United when he was a fresh faced eighteen year old, Cristiano Ronaldo has been one of the most famous and most talked about soccer players in the world. Now, at the age of thirty one and in the prime of his career, he is consistently in the top five highest paid athletes in the world. He is the highest paid soccer player in the world, and the top athlete in the world when it comes to Twitter followers and Facebook fans. There is debate as to whether he is the greatest soccer player in the world right now, as there’s another man in the top five earning athletes who could also make that claim. Some people also speculate as to whether he may be the greatest soccer player to ever play the game. Whatever the case may be, he certainly knows how to stack the cash. With a mixture of his playing salary and his endorsement deals, Ronaldo has quickly become one of the richest athletes in the world, and he has quite a few years of top-form playing left in him yet. He is considered to be one of the most marketable athletes in the world, and there are legions of kids watching his every move and buying everything he’s seen wearing on the field. Lets take a look at how Cristiano Ronaldo started earning such a massive salary and acquired such a huge net worth.

How Did Cristiano Ronaldo Make His Money And Wealth? 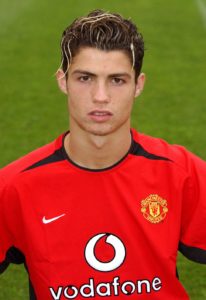 Cristiano Ronaldo dos Santos Aveiro was born in Funchal, the sixth largest city in Portugal, on February 5th, 1985. He’s the youngest son of a gardener father and a mother who was a cook. He was raised Catholic, and Ronaldo has said that he was raised in poverty. He started to play soccer as a child, and was signed by the Portuguese team Sporting CP in 1997, when he was only twelve. He joined Sporting’s youth program, and when he was fourteen he decided that he had what it took to make it as a professional soccer player. He and his mother both decided that he should stop focusing on school and instead devote all his energy into becoming the best soccer player possible. At the age of fifteen, he had a surgery to treat a “racing heart,” which could have stopped him from playing soccer altogether. By the age of sixteen, Ronaldo was playing very impressively for Sporting CP. By the age of 18, playing for Sporting’s main team, he had attracted the interest of some of the top teams in the world, including Arsenal, Barcelona, Liverpool, and Manchester United. Manchester United’s coach, Alex Ferguson, said that Ronaldo was one of the most exciting players he had ever seen, and signed the player to his team. His transfer fee to his new team was almost $18 million, which made him the most expensive teenager in the history of soccer. He was somehow the first Portuguese player to ever play for Manchester.

Cristiano Ronaldo was impressive from his first performance with Manchester United, and scored his first goal for team off a free kick a few months later. After constantly improving, he had a breakout year in 2006-2007, scoring twenty goals and winning a league title with Manchester United. In 2007, he started racking up various “player of the year” type awards, and had his salary increased to around $170 000 a week in an extension of his contract with Manchester United. He was a runner up for the European Footballer of the Year award along with Lionel Messi, the second highest paid soccer player. This would begin a good spirited rivalry between the two, who are widely considered to be the two best soccer players in the world and who are said to inspire each other to constantly improve.

Before the 2009-2010 season started, Cristiano Ronaldo was transferred from Manchester United to Real 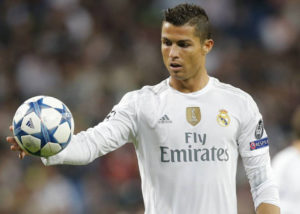 Madrid for $136 million dollars, a record. This was seen as a betrayal by some United fans, and he was welcomed with extreme excitement from fans in Madrid. Since joining Real Madrid, he has consistently improved his game, which some feared he wouldn’t be able to do. Along with Messi, he has lead both the Spanish league and the Champions League in goal scoring nearly every year, and has constantly been in the running for personal honours. He signed a new contract in the 2013-2014 season that made him the highest paid player in the world of soccer, and he currently serves as the captain of the Portuguese national soccer team. He has scored five hundred goals in his career with both his club team and his country. He is the all time leading goal scorer in the history of Real Madrid, as well as the all time leading goal scorer for the Portuguese national team.

Cristiano Ronaldo is not, and is not known to have ever been, married. He is known to have dated the English models Gemma Atkinson and Alice Goodwin in the past, when he was living in England and playing for Manchester United. A few years ago, it was revealed that he was dating the Russian model Irina Shayk, and it seemed as though the pair likely met during ad campaigns for Armani. They appeared on a magazine cover together in 2014, but parted ways last year.

Does Cristiano Ronaldo Have Kids?

Cristiano Ronaldo became a father in 2010, to a son who was named Cristiano and nicknamed Cristianinho, which means “little Cristiano.” Ronaldo has said that he has full custody of the son. It is known that Cristianinho was born in the United States, but nobody in the media knows the identity of the son’s mother.

Where Does Cristiano Ronaldo Live? Picture Of Ronaldo’s House 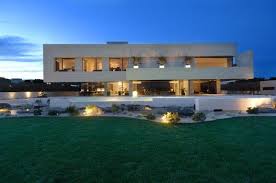 Cristiano Ronaldo lives in a mansion in a swanky suburb of Madrid. The house is said to be worth around seven million dollars at last evaluations. It features seven bedrooms, eight bathrooms, and a small soccer field in the back year. Ronaldo gave a video tour of the house last year, which lead some people to make fun of some of the weird stuff that was seen around his house. There’s an out of place looking Buddha statue by the front entrance, a large porcelain dog in the washroom being reflected by a mirror, a leopard print duvet, a mirror for the headboard of his bed, and a large mask statue in the living room. Ronaldo also bought an apartment for around twenty million dollars in New York’s Trump Tower building.

Why Is He Called Cristiano Ronaldo?

Early in Cristiano Ronaldo’s playing days, there was some confusion about his name. One of the best players in the world at the time, who has since retired, was the Brazilian who was also named Ronaldo. How could two of the best players in the world both be called Ronaldo. It has been said that Ronaldo’s father named him after Ronald Reagan, who was his favourite actor at the time of his son’s birth.

How Much Did Cristiano Ronaldo Earn Last Year?

Last year, Cristiano Ronaldo’s playing salary was $52 million, making him the highest paid soccer player in the world last year, as well as the third highest paid athlete. He also racked up around $27 million from his endorsement deals, bringing his total earnings to just under $80 million. He has a huge sponsorship deal with Nike, and has been wearing his own line of their boots for his entire career thus far. He is also sponsored by Armani, Coca Cola, Castrol, Motorola, Samsung, Pokerstars, and a really long list of other brands and companies. The only athletes in the world who made more than him last year are boxers Floyd Mayweather Jr. and Manny Pacquiao, who surpassed him easily due to their huge match against each other last year.

Because of his flashy playing style, high profile, and hot temper, Cristiano Ronaldo has had his fair share of 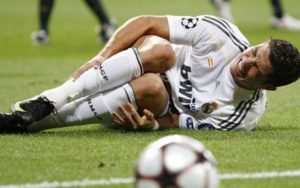 personal controversy over the years with opponents, teammates, and in the media. He fought with teammates Wayne Rooney and Ruud van Nistelrooy, both of whom considered him to be arrogant and immature during his younger playing days. After his problems with Rooney, Ronaldo would sometimes be booed by his own team’s fans in Manchester, which lead to him asking to be traded.

He has been criticized in the media and by other players for being too flamboyant and for diving on the field. Back in 2011, he was quoted as saying that people didn’t like him because he was “young, handsome, and rich” which lead to media backlash. Ronaldo would apologize for the statement, saying that he was immature at the time.

Ronaldo is known as a charitable man. He is known to support many charities, often donating millions of dollars, and will often go out of his way to visit his fans who are ill or are in otherwise difficult circumstances.