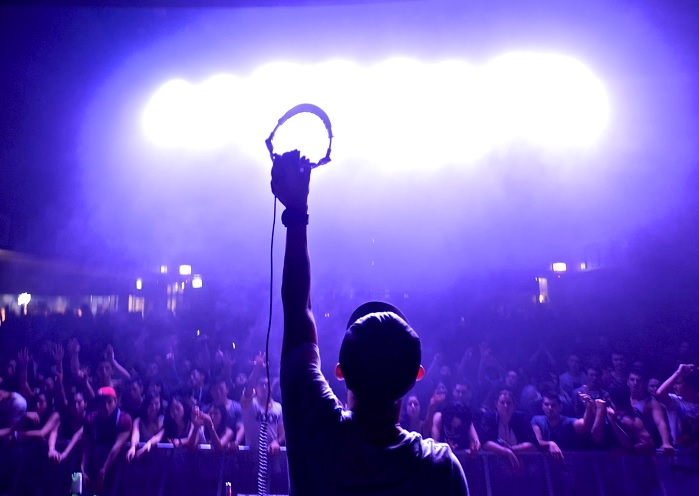 From the early days as the inspiration for the birth of hip-hop, to the modern phenomenal rise in popularity of Electronic Dance Music, the DJ’s of today are given the same attention that would in previous decades have been reserved for bands and singers, but who exactly is top of the DJ heap when it comes to earning power? Find out here which performers took home the biggest pay check in the last twelve months. 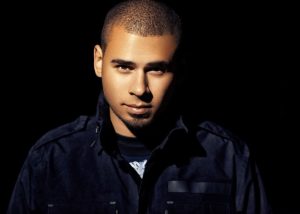 Nick van de Wall, AKA Afrojack, is a Dutch Producer and DJ born in 1987. He started playing piano aged only five and moved on to the sequencing studio Fruity Loops to begin making his own mixes. He got an early start to his career DJ’ing in local clubs aged only 14 and released his debut single ‘In your face’ in 2007. In 2010 the towering Dutchman, who has claimed he is 6 feet 9 on his twitter account, released the Worldwide smash hit ‘Take over control’ in partnership with Dutch singer Eva Simons. The tune hit the charts in ten countries and catapulted the young prodigy into the top tier of his profession. He’s dated Paris Hilton and now runs his own label, Wall Recordings. Still aged just 29, Afrojack has amassed a new worth of $50 million. 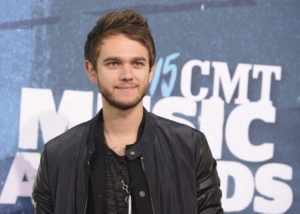 Anton Zaslavski, better known as Zedd is a Russian-German producer, DJ and Award winning musician. Big in the Electronic Dance Music genre, Zedd was another early starter and began playing the piano at only four, encouraged by his guitarist father and piano instructor mom. Born in Saratov, Russia in 1989 he is best known for the single Clarity from the album of the same name. It hit the Top 10 of the Billboard Hot 100 and achieved platinum sales of over 2 million. The single won a Grammy for Best Dance Recording in 2013 and remains Zedd’s most successful release to date. He embarked on a second Worldwide tour in 2015 and played at the 2016 Coachella Festival. His net worth is around $25 Million. 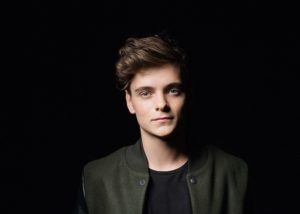 At the age of just 16, Martin Garrix released his first single,‘BFAM’ in collaboration with Julian Jordan. Since then, the young Dutchman has had a phenomenal rise to fame and fortune. He founded the record Label STMPD Records and is currently number three in DJ Mag’s Top DJ List. He’s still only twenty but the prolific artist, real name Martijn Garritsen, already has a large body of work behind him, as well as plenty of recognition. His debut album was released in 2016 and is a massive hit. I’ts sure to swell the Dutchmans estimated $25 Million fortune. 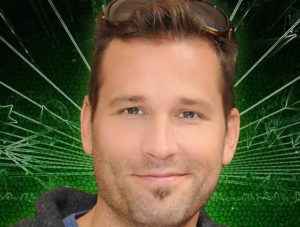 Ryan Gary Raddon from Chicago is known by his stage name Kascade. The 45 year old became popular alongside the re-emergence of progressive house during 2008 even though he had been working since 1995. He’s headlined with Radiohead at Coachella, is also a member of the trance dance collective Late Night Alumni and has worked extensively with other top acts such as Deadmau5 and Tiesto. The married Mormon father of three, who is also a former missionary for the church, commands up to half a million dollars per performance, and performed at 250 gigs in 2015 to gain such enormous earnings. He was runner up to DJ Qbert for America’s best DJ in 2010 but took the award for himself in both 2011 and 2013. The smooth and silky voiced Raddon has now amassed a personal wealth of at least $40 Million. 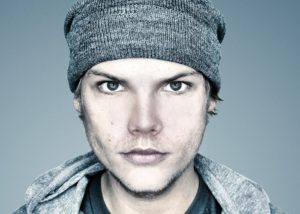 Tim Bergling is a 27 year old Producer, DJ and musician originally from Stockholm, Sweden. Avicii as he’s known professionally broke onto the progressive house and dance scene with the 2010 hit single ‘Seek Bromance’. It achieved a chart position of 2 in the Netherlands and a top 20 placing in 20 other countries, mainly across Europe. The video for the release was banned in the United States as it portrayed drug use and a threesome. A second album ‘Stories’ was released in 2015 and received critical acclaim. Acicii has had health problems during his career, not helped by his hectic schedule and has spoken about the lingering effects of having both his appendix and gall bladder removed. He announced early in 2016 that he intended to stop live acts sometime later in the year although he fully intends to keep making music. His last performance is currently scheduled for the Electric Daisy Festival in Milton Keynes, England in July 2016 but he has thrown a glimmer of hope for those that would like to see him in the future, recently telling Billboard that he might be back, but he wouldn’t be ‘right back’. The philanthropic star started a charity called House for Hunger in 2011 that aims to rid the World of poverty and hunger. The organization has worked with Laura Bush’s Feed Foundation project to distribute over two million meals to schoolchildren in Africa. His personal wealth is at least $75 Million. 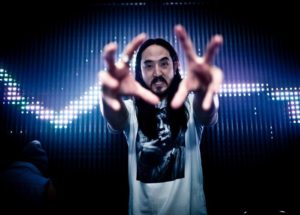 Steven Hiroyuki Aoki hails from Miami, Florida. In 1996, not even aged twenty, Steve had started the Dim Mak record Label. The prolific producer, who has worked with an amazing variety of other artists, in both the Electronic Dance Music scene and more mainstream genres, came onto the international stage with the release of his first solo Album, ‘Wonderland’ in 2012. He was nominated for a grammy for best dance/electronica album in 2013 for the album and it led to collaborations with Linkin Park on ‘A light that never comes’. The fun loving performer, who is known for his wild and potentially hazardous crowd surfing, as well as showering his audiences with cake and champagne, is involved with the Music is Revolution Foundation, that provides support to public school music projects. His earnings from performing are boosted by not only the Dim Mak label, but also Steve’s investments in restaurants and the headphone company Sol Republic. He has also scored endorsement deals with Bud light and Guitar centre and has a personal fortune of $55 Million. 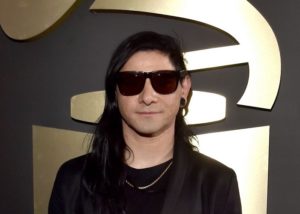 Personifying the evolution of dance culture that emerged with the new found popularity of the genre, Sonny John Moore from Northeast Los Angeles, or Skrillex as he is known to his legions of fans, has set the World of dance music alight since he appeared on the scene in 2008. He was already achieving some success as frontman for the post hardcore band ‘From First to Last’ but fortunately for ravers everywhere, he gave it all up to concentrate on the decks. He was the first DJ ever to be nominated for a Best New Artist Grammy in 2012, and although the India Folk Band Bon Iver managed to take that one, Skrillex scooped awards for Best Dance Recording, Best Dance/Electronica Album and Best Non-Classical Remix. In 2013 he repeated that with another three awards in the same categories, and in 2016 he took another two to make it a total of eight grammy awards. The Master of Dubster has been a big influence in the explosion of interest in the scene and commands huge fees for his performances, he has a personal fortune estimated to be $36 Million. 2017 was no different when it came to growing his fortune. 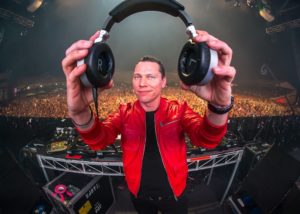 Dutch Dj and Producer Tijs Michiel Verwest, or Tiësto as he’s known to clubbers around the World. is the second oldest artist on the List, but he can boast of huge performance fees that far exceed the earnings of younger acts. The 47 year old founded Black Hole Recordings in 1997 and came to the attention of clubbers in 2001 in Amsterdam. His six hour long ‘Tiësto Solo’ sets were a comparitively new idea at the time, with no other supporting acts or Artists, Tiësto was the first DJ to perform alone to huge crowds. His ‘Tiësto in Concert show’ at the Arnhem GelreDome in his native Holland in 2003 was the first time a DJ had held a concert in a stadium. Tiësto’s incredible work ethic and attention to detail is well known within the dance industry and he has toured extensively all over the World. He has been involved in charitable causes throughout his career and was named the Dance4Life foundation Worldwide ambassador in 2006. Fortunately the Peter Pan of Dance music isn’t showing any signs of giving up the decks yet and he performed over 100 dates in 2015. His personal fortune is estimated to be at least $105 Million. 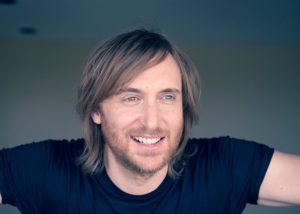 The Grandfather of Electronic Dance Music was born in Paris, France in 1967 and originally began club nights for the emerging electronic music scene of the early 1990’s in his local area. He moved into Nightclub management in the Mid 90’s and used that to help him promote more dance parties. He was a DJ only as a sideline and in 2002 he achieved chart success with his debut album ‘Just a Little More Love’ which amassed sales of over 300,000. During a career that now spans over 25 years he has collaborated with the likes of Nicky Minaj, Kelly Rowland, Snoop Dogg and Madonna on his ambient and chilled-out mixes. David has achieved a wealth of awards and recognition that include two Grammys and multiple best DJ awards. He was instrumental in promoting the popularity of raver friendly vacation spots such as Ibiza and Ayia Napa during the Nineties and is recognised as a major influence in re-igniting the Dance Genre over the last decade. He has two sons by his former wife Cathy, who he divorced in 2014 after 22 years of marriage, and he has a personal fortune that is estimated to be at least $60 Million.

Calvin Harris, the highest earning DJ in the World today, was born Adam Richard Wiles in Dumfries, Scotland. The 32 year old producer, musician, DJ, Writer and composer originally recorded a couple of demos at the family home as a teenager. He ended up being discovered by EMI through his Myspace account in 2002 and they signed the youngster up. His first album ‘I created Disco’ went gold in 2007 and spawned a few hit singles, including the UK number one summer smash hit ‘I’m not alone’. A string of top ten hits on both sides of the Atlantic followed for him, he managed eight alone from his third album, ‘18 Months’ released in 2012, and he has also been awarded a Grammy and two MTV awards. With earnings boosted by his celebrity endorsements with Giorgio Armani and a lucrative residency at Wynn Las Vegas, handsome Calvin has recently been dating singer songwriter Taylor Swift. Its no surprise that he is also the richest performing DJ in the World today with a personal bank balance of over $110 Million.