What Happened to Holly Madison From The Girls Next Door? 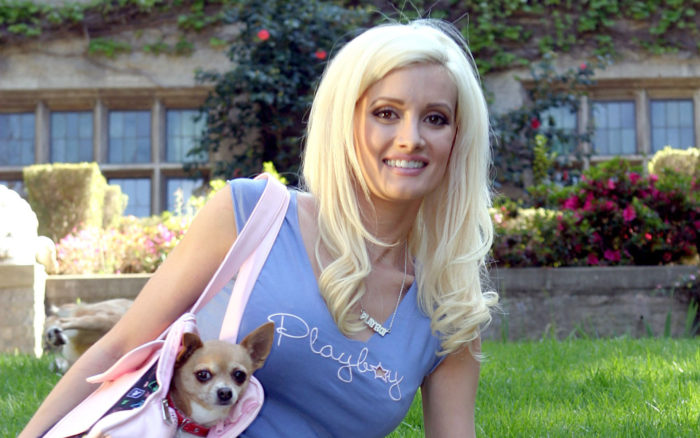 If you’ve watched the reality TV show “The Girls Next Door” then you’re probably familiar with this blonde beauty. We’re talking about none other than the reality star Holly Madison, also known as one of the former girlfriends of the Playboy founder, Hugh Hefner. Besides her role in the E! reality series, she is also widely recognized for her part in, “Holly’s World”ーa reality series which, as its name implies, centers around Madison and her life in Las Vegas. Not only is she a successful television personality, but she is also a model, showgirl, and a New York Times Best-Selling author. However it seems that ever since “Holly’s World” ended back in 2011, things have quiet down for Madison on the television front. What has this reality star been up to since? Where is she now in 2018? 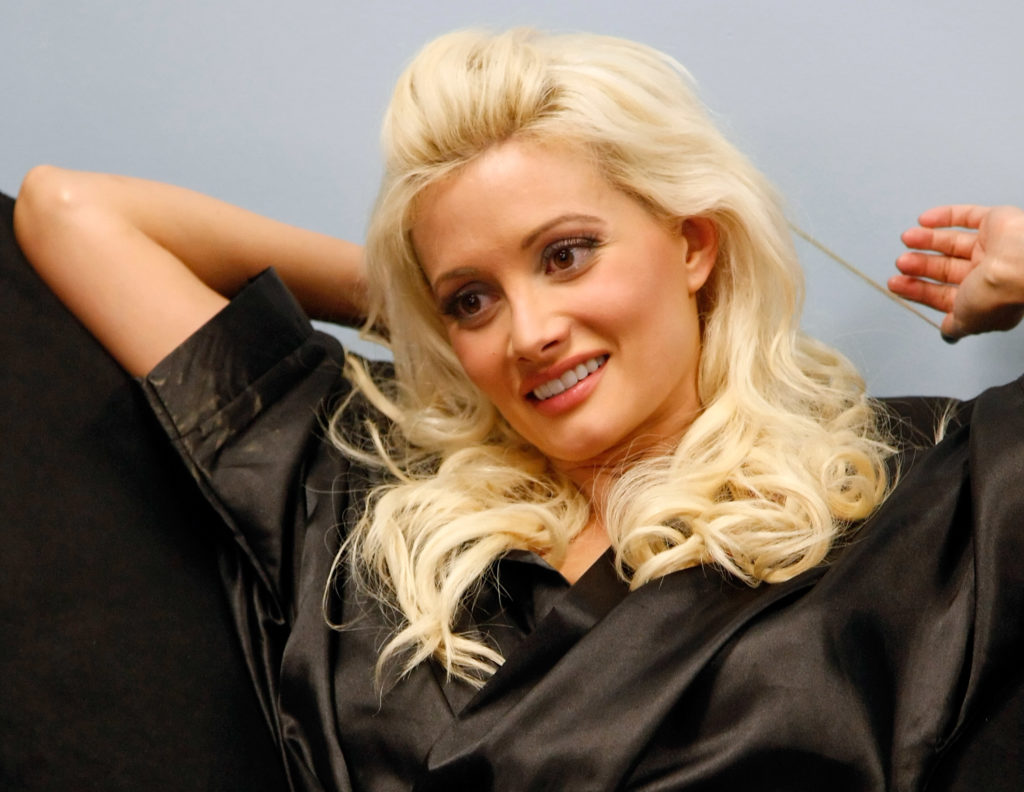 Born in 1979 in Astoria, Oregon, Madison was the eldest out of three children; she has one younger brother and one younger sister. Due to the nature of her father’s work in the maritime shipping industry, the family moved a few times during her childhood, but had ultimately returned back to Oregon while Madison was in middle school. The blonde spent two years at Portland Statement University where she studied theater and psychology, and later attended Loyola Marymount University after moving to Los Angeles. In order to fund her high costing college tuition, Madison worked at Hooters and competed to be a model for Hawaiian Tropic, a brand of suntan lotion. Ultimately, It was while she was working at Hooters that Madison caught the eye of Playboy founder, Hugh Hefner and was invited to the Playboy Mansion.

Madison eventually became one of Hefner’s many girlfriends in 2001. When Madison moved into Hefner’s Playboy Mansion, she was undoubtedly the lowest “woman on the totem pole”, however she was eventually able to win the heart of Hefner and move her way up into his bedroom to become his “No. 1 girl” after staying at the mansion for one year.

The Playboy Mansion is the official home of Hugh Hefner, founder and chief creative officer of the Playboy magazine. It’s also called a mansion for a good reasonー the stunning building spans over 21,000 square feet. Situated in Los Angeles near Beverly Hills, life inside the mansion was featured and made into the E! reality TV series, “The Girls Next Door” which aired from 2005 to 2010. Undoubtedly, Madison’s appearance in the show propelled her into reality stardom. Madison appeared in the first five seasons of the show alongside Hefner’s then-girlfriends Bridget Marquart and Kendra Wilkinson. While she was staying at the mansion, she also worked as an intern, and later as a junior photo editor at the Playboy Studios.

However, there were struggles between Madison and Hefner’s relationship which caused it to end in October of 2008. While the reasons behind the breakup were unconfirmed at the time, it was later determined through an interview that the blonde had been feeling unhappy with her life at the mansion for not being able to get married and to start a family with Hefner. After separating from Hefner, she moved out of the Playboy mansion and into her own condo, which effectively concluded her role in the reality television show, “The Girls Next Door”. 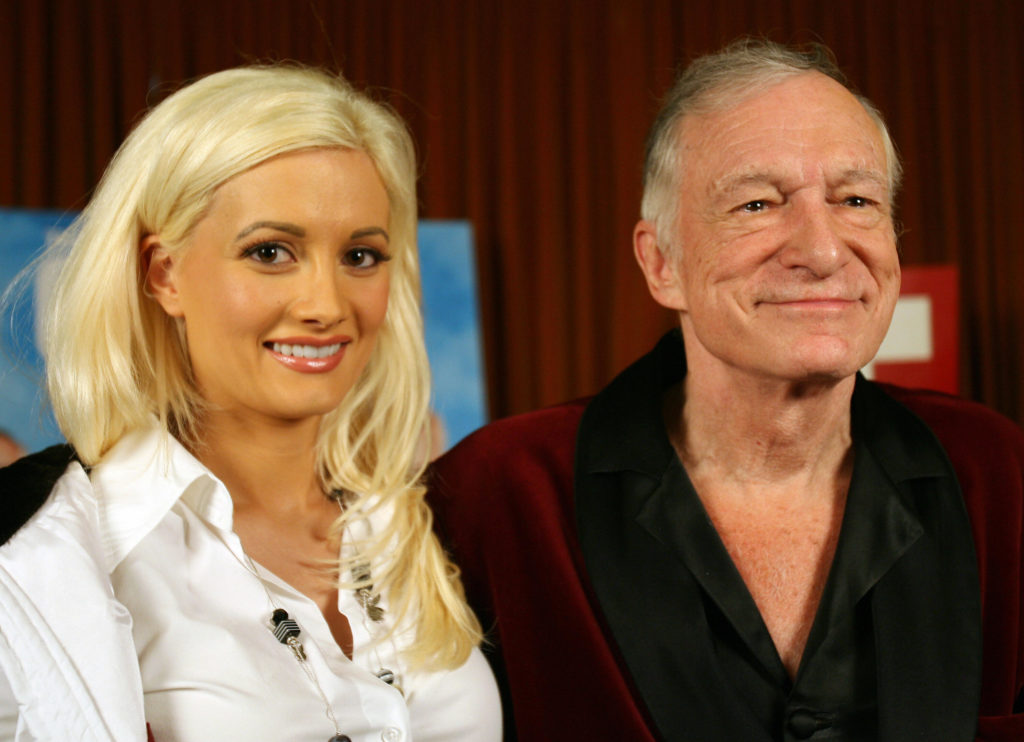 After departing from “The Girls Next Door”, Madison starred in her own series, “Holly’s World”ー the show went on for two seasons, from 2009 to 2011. Originally titled Planet Holly, this American reality TV show featured her life as she left Los Angeles behind for The Las Vegas Strip. She is seen hanging out with a new group of friends,including Angel Porrino, Josh Strickland, Laura Croft and Claire Sinclair and taking part in the Vegas Show, “Peepshow” in the series. A third season was originally planned for the series, however it was cancelled at the last minute in July by the then-new president of E!.

In March of 2009, the former reality star was chosen to appear on the American dance competition show, “Dancing with the Stars”. Despite incurring injuries from dance practice, Madison participated for a season alongside partner, Dmitry Chaplin until they were voted off during a double elimination show. In May 2009, Madison also took part in the Guinness World Record-breaking “World’s Largest Bikini Parade Ever” in Las Vegasーa public stunt which had around 300 bikini clad women attending.

In July 2015, Madison also released her first book and memoir, titled “Down The Rabbit Hole: Curious Adventures and Cautionary Tales of a Former Playboy Bunny.” In the memoir, the former girlfriend of Hugh Hefner shares with readers the years she spent at the mansion. She writes about her experiences living there including both the verbal and emotional abuse which she had endured during her four year stay.

While Madison did not have any major roles on television in 2015, she did appear as a guest on various television talk shows including “The Insider”, “Oprah: Where Are They Now?” and “Good Morning America”. She also had a minor role as Lieutenant Harrison in the 2015 Science Fiction Horror Film, “Sharknado 3: Oh Hell No!”.

In terms of her personal life, Madison had stated back in 2009 (after her breakup with Hefner), that “[she would] never be dating anybody again” and that “[she didn’t] need a man” and that she would instead be working on forwarding her career. However despite these words, it was announced in August of 2012 that the former reality star would be expecting her first child together with Pasquale Rotella, whom she had started to date back in 2011. Madison eventually gave birth to a healthy baby daughter, Rainbow Aurora Rotella on March 5th, 2013. The couple eventually tied the knot at Disneyland three months later in September 2013.

What is Holly Madison Doing Now In 2016? 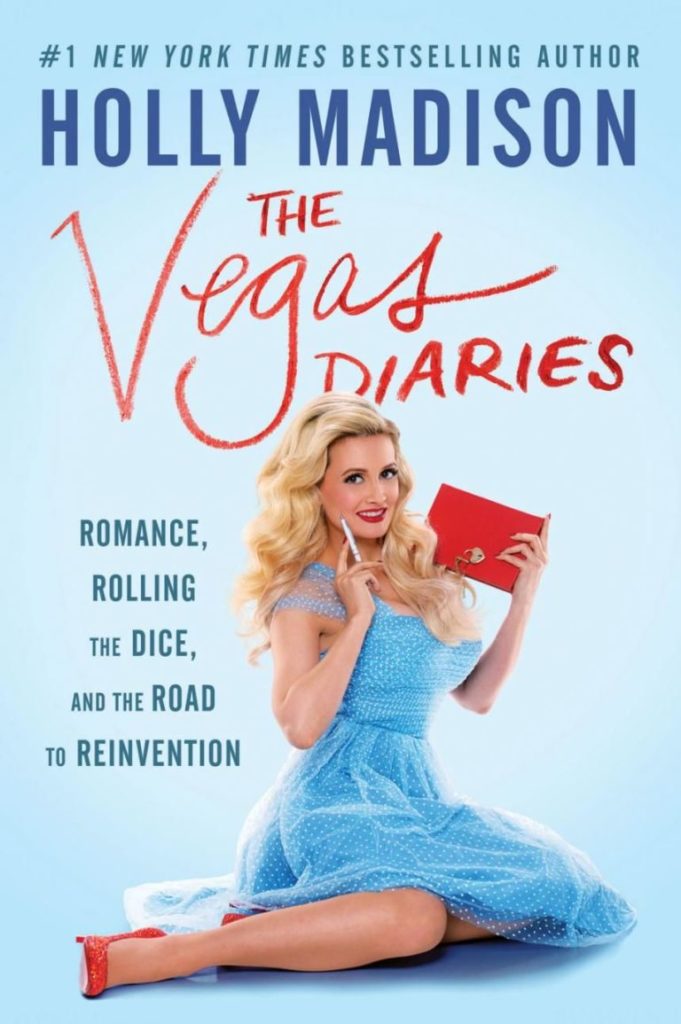 After the success of her first book, Madison released a second memoir titled, “The Vegas Diaries: Romance, Rolling the Dice, and the Road to Reinvention” in May of this year. Unlike her first piece which centered around her time spent at the Playboy Mansion, this book focused more on her dating life in Las Vegas. After its release on May 17, Madison has also been busy with the Vegas Diaries Book Tourーin which fans were able to get a signed copy of the text.

However while working on this project in early 2016, it was known that Madison and her husband would be expecting a second child in August. With a book release to sort through and a baby to prepare for, it’s no doubt she’s been busy this year with all that’s going on in her life! She was most recently seen in June, showing off her baby bump at the Finding Dory Premiere.

Now that it’s 2016, Madison has also been more open about speaking of her years spent as a bunny at the Playboy Mansion. In an interview with PEOPLE, Madison revealed that living as a Playboy bunny was a “constant struggle”, and that while she had tried hard to maintain positive thoughts during her stay at the mansion, she was always miserable on the inside. The blonde also divulged a little about her former boyfriend, Hefner, stating that she had always felt “trapped and so vulnerable to his criticisms.”

As an avid writer, Madison has also been keeping a blog on her official website, which she has been updating regularly. On it she mostly writes about her life, including happenings surrounding her pregnancy and her writing of the second memoir. But her online presence doesn’t stop thereー she is also active on many other social media platforms including Instagram, Twitter and Facebook. With over 1 million followers on Twitter and close to 2 million likes on Facebook, it’s no doubt that this former reality star has a well established fan base!

A quick look at her Instagram gives us a glimpse of the blond’s world. Looking at some of her most recent photos, it’s easy to see that she is both a Game of Thrones (GoT dinners, anyone?) and a Mariah Carey fan. She also shares photos of her family on the photo sharing app, including those of her daughter, Rainbow. So will we be able to see photos of her baby boy sometime in August? Probably! Looks like the former reality star is also on Snapchat (Username: hollymadforreal) so for those of you who’d like to be kept up-to-date with the blonde’s every day activities, there’s your cue!