What Happened to Courtney Stodden from Couples Therapy – 2018 News & Updates 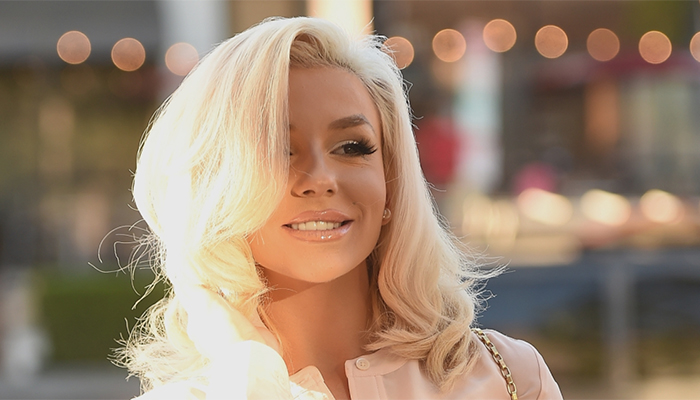 Courtney Stodden is most well known for her appearance on the reality television show, Couples Therapyーa series which featured those who were publicly known for receiving couples therapy for relationship issues. The (then 16 year old) blonde caught the attention of everyone when she married Lost actor, Doug Hutchisonーwho was 36 years her senior, in 2011; many were uncomfortable seeing such a young woman being married to a middle aged, 50 year old man.Despite a happy initial marriage, the couple eventually found themselves in a rocky relationship, possibly due to their large age difference; this ultimately led them to appear on the VH1 series, Couples Therapy.

Besides her role in the former mentioned reality series, Stodden has also starred in the British Celebrity Big Brother and The Mother Daughter Experiment shows. The beauty queen has also released several singles as a singer throughout her career including “Car Candy”, “Don’t Put it On Me Girl”, “Reality” and “Asphalt”.

But what has the blonde been up to recently, now that she’s taken a back seat in the show business? What happened to Courtney Stodden? Where is she now? 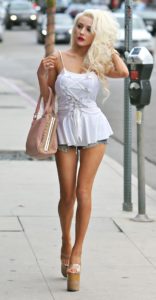 Born on August 29, 1994 in Tacoma, Washington, Courtney Stodden is the daughter of American parents, Alex John Stodden and Krista Kay Keller Stodden. While not too much is known about her life as a young girl, Stodden herself has described her childhood as being “beautiful and fun”. As a teen, Stodden was often bullied for her looks at high school; this eventually led to her being home schooled through an online private Christian academy for the next few years.

Stodden is an animal advocate and is a vegetarian; she has said in the past that she “never felt right eating animals before”.She had also formerly been incorrectly labeled as being lactose intolerant (a fact that some people thought had to do with her being a vegetarian); the blonde later refuted this rumour. While the blonde had previously attempted to follow a vegan diet, she ultimately chose the vegetarian route citing its fewer food restrictions. She began her vegetarian diet a month before filming an episode of Couples Therapy in October 2012.

A year later in June 2013, Stodden was noted to have undergone breast augmentation surgery to increase her cup size from a size C to a size DD. 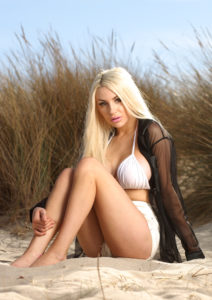 At the age of 16, Stodden ventured into the entertainment industry by competing in the Miss Teen Washington USA Beauty Pageant. At the time her mother, Krista Keller served as her modelling manager however the two soon split up in the Spring of 2015 citing “creative differences”. She is presently managed by her husband, Hutchison. In 2011, the 5″4 beauty queen’s measurements were reportedly listed to be 36-23-35.

However despite her early involvement in the modelling industry, Stodden did not garner media attention until she married actor, Doug Hutchison in 2011. At the time, the blonde was 16 years old and Hutchison was 51 years oldーgiving them a total age difference of 35 years. Following their marriage, the couple’s relationship drew much controversy and criticism at the time as many were shocked at the huge age gap; Hutchison was even labeled as a “pedophile” and “predator” by many against the relationship.

The story of how the then 16 year old Stodden met Hutchison is an interesting one. In 2010, the aspiring beauty queen signed up for an online acting class taught by Lost actor, Doug Hutchison after being recommended by a friend of her aunt who worked in Hollywood. Not realizing that the blonde was a young teen, the then 50 year old Hutchison began courting Stodden over the internet for four to six months; they eventually fell in love prior to have met in real life.

After the acting instructor became aware of the teen’s age, he contacted Stodden’s mother Krista, and told her that he would be willing to cease their relationship if they were to disapprove due to their age difference. Her mother Krista, had been monitoring Stodden’s online chat exchanges and therefore was informed about the couple’s dating status at the time. Citing Stodden to be a “devout Christian”, her parents ultimately let her make the decision about the relationship.

Stodden was in love with the actor. The two’s relationship inevitably grew throughout the year; the couple eventually tied the knot on May 20, 2011 in Las Vegas, Nevada. Having been married a couple times prior, Stodden was the 51 year old’s third wife. In fact, the blonde’s father was four years younger than Hutchison himself! Following the controversial marriage, the actor’s family was said to have disowned him; he had also received several death threats. On the other hand, Stodden’s mother Krista has been known to be kind to Hutchison, even going as far as defending him on many occasions.

Courtney Stodden and Her Appearance on Couples Therapy with Hutchison 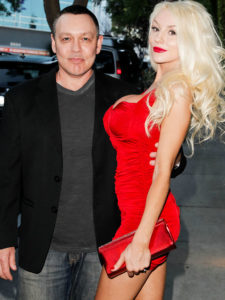 In October 2012, the couple appeared in the second season of the VH1 reality series, Couple Therapy after problems arose in their relationship, possibly due to their age difference. The American reality show debuted on March 21, 2012 and focused on those receiving public couples therapy for relationship issues. Psychotherapist, Dr. Jenn Bermann, acted as the relationship counsellor of the show. The series has been fairly successful and is still airing on television as of this date.

According to the blonde, the two decided to enrol in couples therapy after issues began surfacing in their marriage, possibly due to their large age difference. Despite feeling initially uncomfortable and somewhat reluctant to work with Stodden and Hutchison, Dr. Jenn Bermann eventually took their case. In a later interview, the psychotherapist revealed that she did in fact, have early suspicions that Hutchison was a pedophile. However after meeting and getting to know the couple, she changed her mind and stated on the show that she did not believe that Hutchison was a “pedophile” or “predator”ーthat if Stodden was to leave Hutchison, he would not be roaming the internet for underage girls. The doctor’s stance was that, Stodden had taken up acting classes after wanting to become an actress, and Hutchison happened to be teaching said acting classーthat was it. 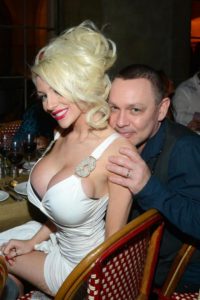 Besides her appearance on Couples Therapy, Stodden has also starred in the twelfth season of Celebrity Big Brotherーa British reality game show which featured various celebrity contestants as they are isolated from the outside world in a custom built house. The blonde was eventually evicted two days prior to the season finale on Day 21, after having received the least amount of votes.

On March 18, 2014, Stodden was featured on 50 Cent’s music video “Don’t Worry Bout It” as a cameo. She also made an appearance in the Reelz reality series in August later that year. The following year, Stodden released a solo sex tape through Vivid Entertainment on May 14, 2015; she later announced that all the proceeds from the tape will be given to charity. 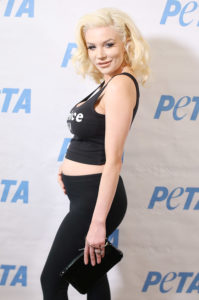 Earlier this year in May, Stodden revealed that she was expectant with her and Hutchison’s first child. Despite the couple’s previously strained relationship (the two had recently reconciled after a divorce), the two seemed  relatively delighted about adding a new member to the family. What some of us might not have know, is that the news was in fact, a huge surprise for the blonde herselfーsince she had previously announced that she wasn’t ready to have children a couple months prior!

But the fact that she’s pregnant doesn’t seem to have stopped the blonde from making public appearances. In fact, she’s not shy about stripping naked while pregnant at allーshe has since posted several photos in which she was naked, showing off her baby bump onto her Instagram account. However despite the happy outerior, the pregnant beauty queen appears to have been battling against prenatal depressionーa fact that the star herself had admitted to. In a recent interview with Us Weekly, Stodden stated that not only has the depression been affecting her appetite, but her sleeping patterns and overall perspective on life as well. Fortunately, the blonde seems to be doing better now with the help of Xanax and writing.

More recently this July, the pregnant blonde was seen strolling through her Los Angeles neighbourhood during the afternoon. While a stroll would have been nothing out of the ordinary, Stodden seems to have been particularly unlucky that day as she ended up falling onto the grass after accidentally tripping over her own foot! The good news for the soon-to-be mom was that, her baby bump was not injured and she walked away from the incident unscathed. The bad news was that, the embarrassing ordeal was captured by nearby photographers (and uploaded onto the internet).

Unfortunately for Stodden, the pregnancy also appears to have come at a difficult timeーher mother Krista, had just recently admitted to falling in love with Hutchison on the finale episode of Mother/Daughter Experiment: Celebrity Edition. While her mother has since apologized for getting too emotionally invested in Hutchison, the 21 year old mother-to-be has told her mother that she would be needing some “space” after the “betrayal”.

Besides preparing herself for a newborn, Stodden has also recently ventured into the T-shirt selling business in May of this year. The T-shirts feature humorous designs that reflect “the blonde bombshell’s life” and are available for purchase on her official website.

If you’d like to stay updated with Stodden’s pregnancy, or just her for that matterーfeel free to follow the celebrity on social media. The blonde is active on both Instagram (@courtneyastodden) and Twitter (@CourtneyStodden).