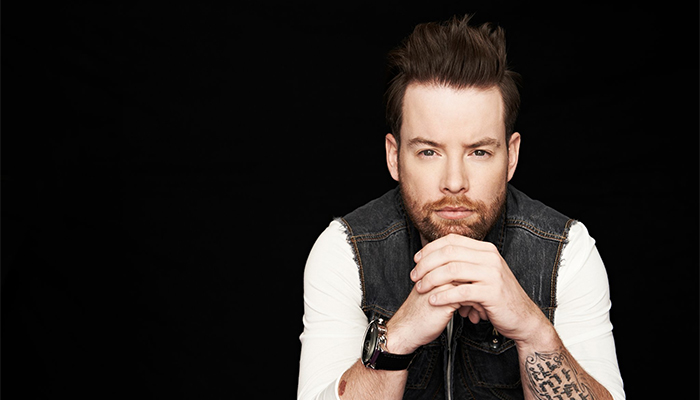 If you’re a fan of rock music then you’re probably familiar with the David Cookーthe winner of the seventh season of American Idol. The singer’s decision to audition for American Idol was not planned though as he had initially gone to the auditions to support his younger brother. Little did he know, that he would soon be crowed the winner of the show! As a rock singer, Cook first released his debut album titled “Analog Heart” back in 2006, in which he had written all the tracks. While the independent record was generally met with positive ratings upon its release, its sales later soared during Cook’s appearance on the show in 2008.

After triumphing against the other Idol contestants, the singer released his first major self-titled studio album “David Cook” on November 18, 2008. The record sold over one million copies in the US and was a huge commercial hit; it was certified platinum by the RIAA. Throughout his singing career, Cook has performed at numerous events and have released a total of four studio albums; the latest being “Digital Vein” back in September of 2015. He even toured and performed across the US three times!

But what has the rock singer been up to recently? Has the effects of his Idol fame faded? What happened to David Cook? Where is he now in 2018? 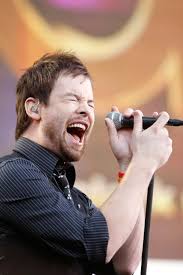 David was born in 1982 in Houston Texas, David Roland Cook is the middle child of Beth Foraker and Stanley Cook. Cook is of Irish, German and English descent. He has one late older brother named Adam and a younger brother named Andrew; the three were raised in Blue Springs, Missouri.

Even as a young boy, Cook had an interest in music. He first started to sing during his elementary school days when he was 7 years old; his music teacher, Mrs. Gentry, had offered him a part in the school’s annual Christmas performance. Cook would later proceed to sing in almost all of the school programs. At 13, he got his first musical instrumentーthe guitar. When asked, Cook has cited that his early musical influences are “Our Lady Peace”, “Alice in Chains”, “Big Wreck”, “Bon Jovi” amongst others.

As a teen, Cook was also a part of both the school choir and the drama club; he performed in numerous musicals as a student including “West Side Story”, “The Music Man” and “Singin’ In The Rain””. Besides his involvement with music, Cook was also an active member of the debating world during his high school days; he was a member of the Blue Springs South High School National Forensic League and had in fact, advanced to the national tournament twice! The musician had also been an avid athleteーhe was the pitcher of his high school baseball team. However after an unfortunate sport-related injury, Cook was forced to retire the sport; it was then that he turned his attention back to music.

After graduating from high school, Cook enrolled in the University of Central Missouri through a theatre scholarship. However this did not last long as he soon dropped out of theatre studies, to go for a degree in graphic design instead. Despite the change in studies however, Cook ultimately chose to go back to music after graduating from college; he would later relocated to Tulsa, Oklahoma in order to pursue a career in music. 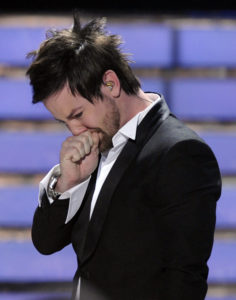 While at high school, Cook was part of a band named “Axium” which he had formed together with his friend Bobby Kerr. They had eventually met with some success when one of their tracks was chosen to be played in theatres across the United States. In 2004, “Axium” was also named as one of the top 15 independent bands in America.

The band broke up though in 2006 when Cook decided to relocate to Tulsa. Once there, he became a member of “Midwest Kings”ーa touring band based in Tulsa, Oklahoma, as a bassist. Fellow band members Andy Skib and Neal Tiemann would later be part of Cook’s post American Idol band “The Anthemic”. 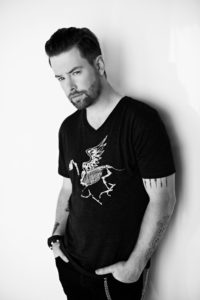 Despite Cook’s interest in music and performing, he did not originally intend to audition for American Idol; instead, he had simply been there to support his younger brother. However with a little encouragement from his mother and brother, the singer eventually decided to participate in the auditions himself. For the first auditions, Cook performed a rendition of Bon Jovi’s “Livin’ On a Prayer”; he would later perform “Everything I Do I Do For You” whilst accompanying himself on acoustic guitar during the Hollywood auditions.

After a series of successful performances, Cook eventually received 56% of the audience’s casted votes and was crowned as the winer of the seventh season on May 21, 2008. According to sources, Cook was said to have won over runner up, David Archuleta, with 12 million votes.

Following his American Idol win, Cook went onto break several Billboard Chart Recordsーincluding the stunning feat of having debuted 11 songs on the Hot 100 Chart the week of his victory. Shortly after winning the competition, he released his first debut single titled “The Time of My Life”; it was a major hit, and debuted at the number three spot on the chart. Not only did he break Miley Cyrus’ previous Billboard Charting records, but he had also broken the ones previously set by the American rock band, Bon Jovi as well! 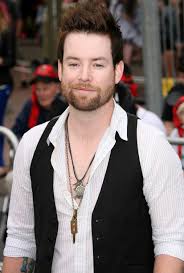 Cook released his first major, self-titled debut album “David Cook” on November 18, 2008. Commercially, the album was a huge hit and has since sold over one million copies in the US alone! The platinum certified album has since spawned two top twenty singles, “Light On” and “Come Back To Me” respectively. That following year, Cook would also travel for his first national tourーThe Declaration Tour. Accompanied by a couple of his former bandmates, the singer performed for fans across the country from February 2009 to December 2009, with the tour having been extended twice.

After the tour concluded, Cook began to turn his attention back to recording; he released his second major studio album “This Loud Morning” on June 28, 2011. Unlike his previous album, this one featured the works of both Cook and other acclaimed songwriters such as David Hodges, Ryan Tedder, amongst others. Upon its release, the album debuted at the number 7 spot on the Billboard 200 Chart and sold over 46,000 units in the country. More recently as of August 2015, “This Loud Morning” has sold over 133,000 copies across the globe.

In support of his second studio album, Cook also began a fall tour, co-headlining with musicians Gavin DeGraw and Carolina Liar; the tour would span 15 states for a total of 22 performances. The tour lasted for two months, having began in Pennsylvania in October 2011 and ended in November 2011. Coincidentally, the release of his second single titled, “Fade Into Me” had coincided with the second half of the tour.

Cook later released his third major studio album titled “Digital Vein” through his own independent record label, Analog Heart Music on July 31, 2015. Similar to the previous years, the rock singer later embarked on a tour in support of the album. The tour opened in Phoenix, Arizona on September 30, 2015 and ended on November 21, 2015 in Tulsa after having travelled across 24 states. “Digital Vein” ultimately debuted on the Billboard 200 Chart at the number 35 spot, having sold over 11,000 units during its first week.

When the singer is not busy recording records, then he is probably busy performing and appearing at various public appearances. Since his win on American Idol, he has gone onto give numerous performances including on an episode of Saturday Night Live! and has at the House of Blues in Dallas, Texas alongside Canadian rock band, “Our Lady Peace”. The singer of Idol fame has also made numerous returns back to American Idol. 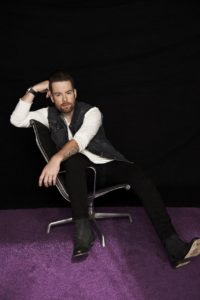 For a good part of 2016, Cook has been busy touring the country in support of his album, “Digital Vein”. But even the best of singers will need a break after having toured the US for over half a year! Now that it’s break time, it almost makes sense for the singer to be a little more quiet than beforeーlooks like fans will have to be a bit patient in waiting for his next album!

But that doesn’t mean he’s out of the public eye! In fact, he hasn’t shied away from the public at allーhe’s been pretty busy with getting himself involved with charitable events! In early May of this year, Cook made the headlines along with his Team for a Cure after having helped to raise over $92,000 dollars for brain cancer research through the 2016 Race for Hope in Washington, DC. This June, The singer participated in the Big Slick Celebrity Weekend event, which was held in his hometown, alongside Paul Rudd, Rob Riggle, Jason Sudeikis, and other celebrities. As a fundraising event, the proceeds ultimately helped to benefit the Children’s Mercy Hospital’s Cancer Center in Kansas City.

It has also been announced this July, that Cook will be returning to take part in the annual Epcot International Food and Wine Festival’s “Eat to the Beat” Concert series. Scheduled to be held at the Epcot World Showcase in September 2016, the festival will include various activities such as culinary demonstrations, food seminars, and appearances by celebrity performers! Cook himself will be performing three mini concerts during the event, so if you’re a fan remember it’s not too late to get your hand on some tickets!

Not only that, but it looks like the former American Idol winner will also be performing at the Duck Room at Blueberry Hill on September 24ーwhat a busy performing lifestyle!

If you’d like to stay up to date and connected with Cook, you can visit the singer’s official webpage at davidcookofficial.comーyou’ll want to keep watch of the “news” section for the star’s latest news! Or if you’re more of a social media person, that works too. You’ll be able to find Cook on several platforms including Twitter (@thedavidcook), Instagram (@davidcookofficial), Facebook and Myspace!