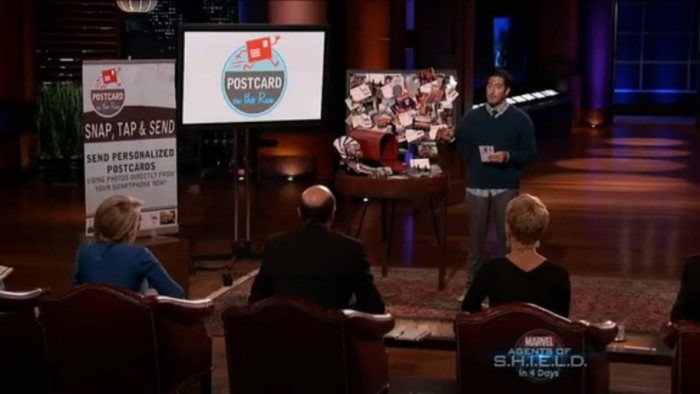 Postcard on the Run Before Shark Tank 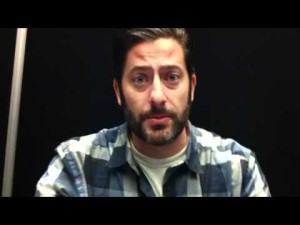 Josh Brooks studied at the University of Arizona between 1994 and 1998, and once he graduated, he really wanted to work in a technical company. He started working for Myspace and was the head of marketing there for three and a half years. After Myspace went down in popularity, Josh Brooks wanted to start a tech company of his own, so he successfully raised one point six million dollars, in order to be able to start his own company called On The Run Tech. He also partnered with Selena Gomez and started his current company called Postcard on the Run. Josh Brooks states that he needs an investment from the Sharks, in order to be able to keep Postcard on the Run afloat, and help people connect with each other by sending photo postcards, wherever they are, whenever they want to.

Postcard on the Run During Shark Tank

Josh Brooks starts his presentation by introducing himself and by telling the Sharks that he is looking for an investment of three hundred thousand dollars, in exchange for a five percent stake in his company.

Josh Brooks continues his presentation by stating that he has thousands of photos stashed away in some hard drive, and another thousand that is cluttering his phone. They are just there to upload to Facebook or to email them to a friend, and then they are gone. Josh Brook states that the pictures deserve more, and his product is the answer to this problem.

Josh Brooks states that his company is called Postcard on the Run, which allows you to take a picture wherever you are in the world, write a quick note, sign it with your finger and send it to anyone over the world, right from the convenience of your mobile device.

By doing so, you create a postcard, which has a glossy picture on it, which you took with your mobile device. Your personal message is on the back of the postcard, and it will arrive at its destination in a matter of days.

Josh Brooks continues is presentation by saying that people live a life on the run, and that Postcard on the Run allows people to stay connected with each other. Today its postcards, tomorrow it is a tremendous amount more. Josh Brooks asks the Sharks to join him in the memory business, and keep people connected.

Josh Brooks continues his presentation by stating that the postcard is a beautiful four by six photo, and on the back of it, you can write a simple note. He also states that they have developed a way that you can sign the postcards with your own finger, which adds a personal aspect to the postcards that you send. You can also attach a video to the postcard through a QR code, which other people can scan with their mobile device, and a video message will pop up on their screens.

“Robert Herjavec asks how Postcard on the Run works, and asks Josh Brooks to tell him what happens in the background, when he sends a picture with his mobile phone”

Josh Brooks answers the question by saying that you can take a picture, write a little note, change the colors and the font, and you sign it with your finger. After that, you can either select a contact from your address book to send it to, or you can use Postal Gopher.

Josh Brooks explains that Postal Gopher is an address retrieval service, which has its patent pending at the moment. Postal Gopher allows users to send postcards by only having an email address or a cellphone number, because it alerts the people on the receiving end and tells them that somebody is trying to send them a postcard.

“Lori Greiner asks if there is a novelty to sending postcards, because she believes that sending or receiving a lot of postcards could be a bit annoying”

Josh Brooks answers the question by stating that he doesn’t believe that people will get annoyed, especially people who are on the receiving end. He continues by stating that for $2.49 a postcard, you will also get goosebumps, because that is really what is happening.

“Robert Herjavec asks Josh Brooks how he would pay to send a postcard, and how Josh ears money with Postcard on the Run”

Josh Brooks states that the Postcard on the Run is a free application, but it costs users $2,49 to send a postcard to someone else. 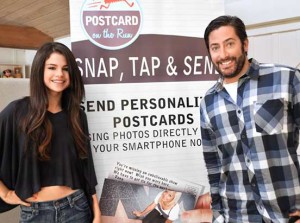 Josh Brooks answers the question by saying that he used to run marketing for Myspace, during its good and profitable years, and he has done so for three and a half years.

Josh Brooks answers the question by saying that Postcard on the Run has been up for twenty one months, and in those months, it generated four hundred fifty thousand dollars in revenue, and everything goes back into the company.

Josh Brooks answers the question by saying that the app has been downloaded over five hundred thousand times.

Josh Brooks answers the question by saying that he raised about one and a half million dollars in total, and the valuation of the company was six million dollars.

“Kevin O’Leary states that everyone can do this, and that there is nothing special about Postcard on the Run”

Josh Brooks disagrees with Kevin O’Leary and states that it takes a tremendous amount of work to get a business like Postcard on the Run off the ground.

“Mark Cuban states that it is really easy to do as well, and that there are a lot of people who have done a similar thing before”

Josh Brooks states that Postcard on the Run is not a one-winner-takes-it-all kind of a company, and that it is about a great product, that people absolutely love.

Josh Brooks agrees with Mark Cuban and states that Postcard on the Run has hit the market, and if you look at websites and blogs, and when they talk about what is interesting connecting the online to the offline, they will point to Postcard on the Run.

Mark Cuban states that the concept of valuing Postcard on the Run at six million dollars is ridiculous. He continues by saying that Josh Brooks lives in the Silicon Valley bubble, and either he will get acquired or he is out of luck, because his bubble will burst and there is not much interest in middle-sized companies like Postcard on the Run.

Kevin O’Leary states that Postcard on the Run is going to blow up in ninety days, if Josh Brooks is not able to get an investment. He continues by saying that there is nothing proprietary about what Josh Brooks is doing, and that he does not want to diminish Josh Brooks’ business, but he is just telling him that he could do it for less than six million dollars. Kevin O’Leary states that he absolutely would not invest in this, and that he is out as well.

Robert Herjavec continues by saying that he loves the idea and the vision behind the company, but that he is not comfortable with the six million dollar valuation of Postcard on the Run. Instead, he is willing to offer a three hundred thousand dollar investment, for a ten percent stake in Postcard on the Run.

Josh Brooks states that he is not comfortable with the offer that Robert Herjavec made, and asks Robert Herjavec if he is willing to consider that Postcard on the Run is worth closer to five million dollars, which means that Robert would get a six percent stake in the company.

Robert Herjavec states that it is his money, and that he is allowed to ask what he want for it, and counter-offers for a seven-and-a-half percent stake, in exchange for a three hundred thousand dollar investment.

After thinking and doubting for several moment, Josh Brooks accepts Robert Herjavec’s offer of three hundred thousand dollars, for a seven-and-a-half percent stake in his company 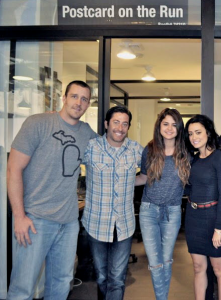 Josh Brooks was definitely struggling with Postcard on the Run’s financials, especially because of the fact that he used up almost all of the money that he raised before he joined Shark Tank. Postcard on the Run made over four hundred thousand dollars in twenty one months, but it was not enough to make a real profit, because all of the money went back into the company. Josh Brooks was looking for an investment from the Sharks, so that he would be able to keep Postcard on the Run afloat, and expand his business, in order to be able to sell more postcards and make more money. There is no mention of Postcard on the Run being the best or worst on Shark Tank. However, four of the five Sharks were not willing to invest in the company, because of the fact that they thought that the company would not make it and that it was overvalued by millions of dollars.

Even though you can visit the Postcard on the Run website by clicking on the following link http://www.postcardontherun.com, it does not look like it has been updated after Josh Brooks went on Shark Tank. The last Blog Posts is from the end of December, 2013. It is also very difficult to find anything about pricing on the Postcard on the Run website. However, by going to the App Store, you can still download the app and customize your own postcard. By doing so, you will be able to send a custom picture postcard, to anyone you want. Only after completing a customized postcard, will you find out how much you have to pay in order to send it to the person you want. This is very inconvenient and a lot of people complain about it in the review section of the App Store.

The Postcard on the Run app is rated 3.7 out of 5 on Google Play Store and a 2 out of 5 star rating on iOS App Store. Many of the complaints are about how the app sometimes stops working, and that you are not able to change something once you have applied it to your custom postcard. Other people are really happy with the app, and they like using it, especially when they go on holiday trips and want to send postcards back home. All in all, I think that Postcard on the Run could have been a very great app and service, but it was not really able to expand due to the financial problems it was having.