Roger Federer Net Worth 2018- How Rich is The Tennis Star? 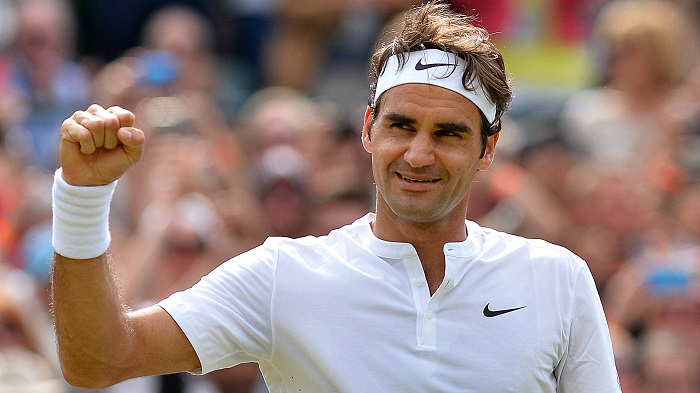 Roger Federer is a Swiss tennis player, considered by many to be the greatest player of all time.

How Did Roger Federer make his money & wealth

Roger Federer was born on August 8, 1981 in Basel, Switzerland to a Swiss father and a South African mother.  Roger’s love for tennis started when he was 4 years old, when he watched Boris Becker win his first Wimbledon title in 1985.

When he was 10, Federer started taking weekly tennis lessons at the local club. He was a very fast learner. His coach said that in only a few hours of practice, Roger would learn moves that other kids took weeks to get.

At fourteen, after becoming champion in all groups in Switzerland, he was chosen to train at the Swiss National Tennis Center in Écublens. In July 1996, he joined the ITF junior tennis circuit. In 1998 he won the junior Wimbledon title and became the ITF World Junior Tennis champion of the year.

In 1998, Federer turned professional. At Wimbledon in 2001, he beat singles champion Pete Sampras. In 2003 he won Wimbledon and became the first Swiss man to win a Grand Slam. By early 2004, Federer was ranked No. 2 tennis player in the world. Later that year he won the U.S. Open, the Australian Open, the ATP Masters and kept his Wimbledon singles title. By the start of 2005, he was ranked No. 1. That year, he went on to win his third Wimbledon title in a row and the U.S. Open.

In 2006 and 2007, he won the Australian Open, Wimbledon and the U.S. Open. From 2005 to 2008, he was named the Laureus World Sportsman of the Year. In 2008 he won his fifth U.S. Open by beating Andy Murray. But his winning streak ended later that year, when he lost to Rafael Nadal at Wimbledon and at the French Open. He also lost to Novak Djokovic at the Australian Open. This lowered his ranking to no. 2, but he would regain his no. 1 ranking the following year.  In 2012, Federer won his seventh Wimbledon singles title by defeating Andy Murray.

Federer is married to former tennis player Mirka Vavrinec, who he met at the 2000 Sydney Olympics. They got married on 11 April 2009. They have two sets of twins: Myla Rose and Charlese Riva, born in 2009, and Leo and Lennart, born in 2014.

In 2016, Roger Federer made $68 million. Only $8 million came from tennis. The rest came from endorsements, from companies like Nike, Rolex, Mercedes-Benz and Credit Suisse. 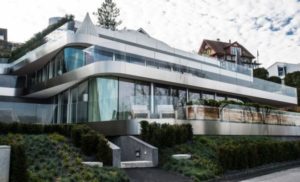 Roger Federer lives in a $8.5 million mansion on the shores of Lake Zurich in Switzerland. It’s 500 square meters and was built on a plot of 1.5 acres. The mansion has three stories, floor-to-ceiling windows, large balconies, and a swimming pool, and an underground parking lot. The mansion is located in a part of Switzerland that has some of the lowest taxes in Europe, so it has attracted many millionaires.

In 2004, he started supporting the South Africa-Swiss charity IMBEWU which helps children better connect to sports and social and health awareness and.

In 2005, he auctioned his US Open championship racquet, and donated the money to the victims of Hurricane Katrina. Later that year he organized an exhibition involving top ATP players. The proceeds went to the victims of the tsunami that followed the 2004 Indian Ocean earthquake.

After the 2010 earthquake in Haiti, Roger organized a charity event at the 2010 Australian Open called “Hit for Haiti.” Later that year he participated in a charity exhibition at Indian Wells Masters, which raised $1 million.

In January 2011, Federer participated in an exhibition that raised money for the victims of the Queensland floods.

In 2014, he participated in another “Match for Africa” this time with Stan Wawrinka. The event raised £850,000 for education projects in southern Africa.