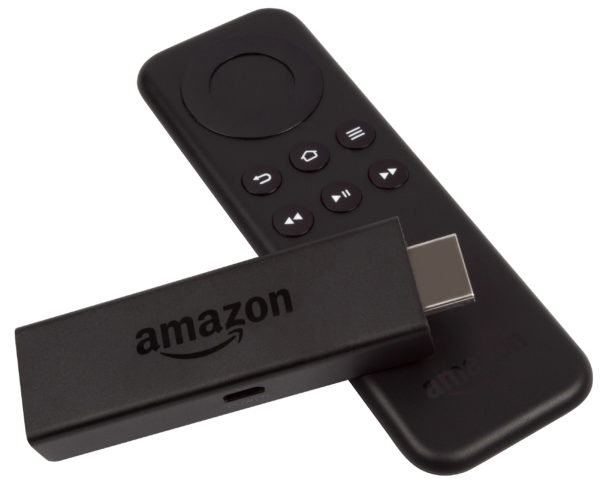 Amazon, with its popular Prime membership package and Amazon TV has been a mainstay among streaming companies. With more and more streaming devices from Roku, Google and plenty of other smaller names, the new Fire Stick is coming into an already crowded field. But the real question is: Does the Fire Stick stack up to its competitors and predecessors, or is it merely tech kindling? Here, we will review the device, and see how well it performs.

What is The Stick?

For those who have been uninitiated into the world of streaming devices, the Fire Stick may just look like a USB. Well, that’s partly true, but it’s also so much more. Plugging in to either a USB or HDMI port, the Fire Stick allows access via internet connection to a large number of channels and apps to make any TV into a full blown entertainment center. This allows those who are interested in cutting the cable to not sacrifice the ability to view their favorite shows, while still saving plenty of cash.

If one is familiar with the Roku Streaming Stick, you will recognize quite a few design features. Both are smaller dongles than say, the Chromecast, and can easily be discreetly installed into nearly any newer TV without a second thought to how securely it is placed. Somewhat surprising, the Fire Stick doesn’t have a way to plug in for power outside the micro-USB port, meaning that unlike many other streaming options, you may need to find yourself an extension cord or available plug to run the Fire Stick. Another feature, though understandably missing as it came from the Amazon TV Box, is the ability to link connections via ethernet port. Given the small size of the device, this is certainly excusable, and the Wi-Fi connection is more than stable enough for this to not be a concern. In terms of hardware, the Fire Stick uses 1 GB of ram and a dual core processor, which while not high powered enough to allow for intense gaming, certainly can handle even the most hardcore of binge watchers.

Set up and performance

As one could assume given Amazon’s previous tech offerings, setting up the Fire Stick is remarkably easy. After plugging in and powering up the device, you will be presented with a short video in how to navigate the UI which is already pretty intuitive (in truth, I skipped this tutorial after a few moments and was none the worse for it). One feature which I didn’t have the chance to examine, but have heard good things about is the ability to run the streaming device in non-home environments (such as hotels) that require WiFi sign in, which makes it a handy travel companion on longer business trips.

In terms of the app that you can use via your smart phone to run the Fire Stick, the connection process was incredibly easy. After setting your phone to WiFi, all you need to do is enter a four digit code which appears on the screen after launching the app. I actually preferred this to the remote that came with the device, as it allowed for faster searching using text, as well as voice command capabilities which while not perfect, was certainly acceptable.

For content and overall play performance, the Amazon Stick gets high marks. With all the classic apps you’d expect (Netflix, BBC, Pandora, etc), as well as Amazon’s vast selection of movies and shows, the average user has plenty to browse through. Though this device again may not be the best for gamers, as any graphics intensive app or anything that takes a lot of CPU power simply will not work well with the Fire Stick. Other accessory apps all work just fine, including weather and even side-loaded social media apps.

If you are already an Amazon Prime member and thinking of buying this device, don’t even have a second thought. At $40, it’s a great deal, and with all the features it allows, including the porting of your watching queue directly to any screen as well as access to the Prime entertainment marketplace both validate the entrance price. You can check for any discounts or sales on the fire stick by clicking here (if there is one it will be automatically applied when you click). For those who don’t have an Amazon Account, it’s still certainly worth a try, though Roku and Chromecast suddenly become very prevalent as competitors at similar prices. With excellent performance, and a solid design, I have no problems giving this device my recommendation at 9.5/10.

Click here to check out the Amazon Fire Stick at Amazon.com