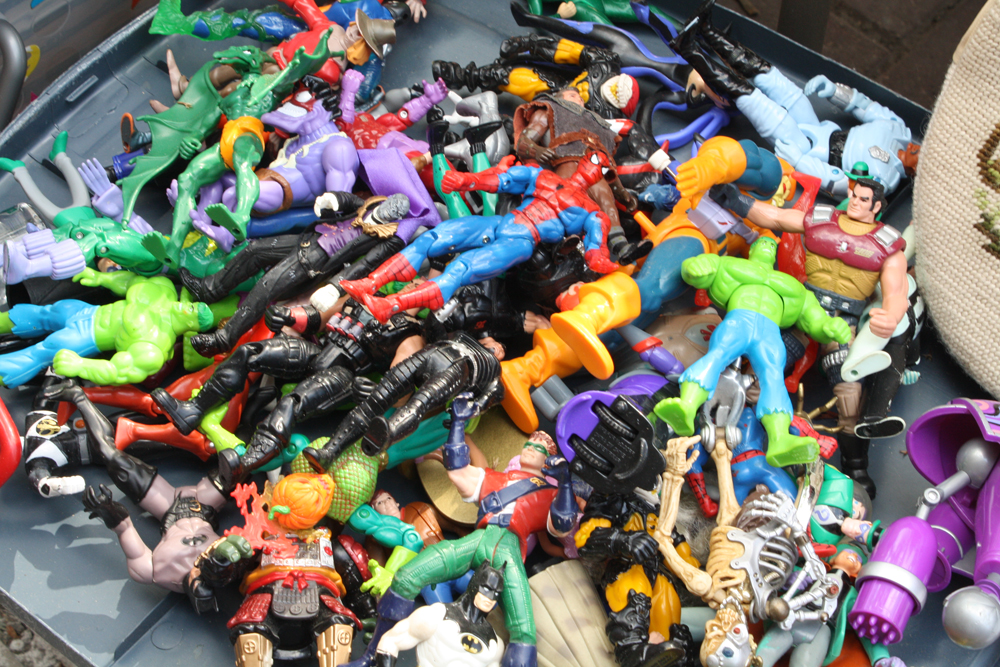 Action figures are pretty much a staple in a child’s toy chest. As the years of playing with toys recede, these playthings are usually stashed in a dusty attic or given away to other kids. Many wouldn’t think that these mere toys would actually fetch a ridiculously high price in the next 20 to 30 years.

Maybe you have an action figure somewhere in your home that could net you a couple grand. Maybe one of the toys listed below are quietly resting in the darkest corner of your cabinets. Check these toys out and maybe that old action figure of yours is worth enough to buy you a brand new car.

Scratch the Cat is not a very well-known character in the Teenage Mutant Ninja Turtles series. The feline convict is somewhat based on another character named Hallocat, and his action figure was only produced in very minimal numbers hence its price tag and rarity. He did make an appearance as the first boss in the 1993 video game Radical Rescue on the Game Boy. Some people are lucky enough to grab the figure for only hundreds of bucks but at the cost of missing accessories or box.

He-Man’s skeletal nemesis had an action figure released in 1981 equipped with a purple ram-headed staff and a sword splashed in the same tint. An elastic spring is installed in its waist, allowing kids to twist Skeletor and deliver a powerful strike. There are cheaper versions of this Skeletor figure if it is a 12-back. If you are confused as to what 8-back and 12-back means, it is the number of the franchise’s characters displayed behind the package. So if you see eight Masters of the Universe characters then that’s an 8-back and that is pretty pricey.

The Super Valkyrie Fighter was a mecha that appeared in the 1982 anime series Super Dimension Fortress Macross. Toy company Hasbro saw the popularity of the mecha in the east and realized that the western audiences might also find the design cool. Hasbro acquired the Valkyrie’s design from Japanese toy company Takatoku which led to the creation of the Transformer Jetfire. After Takatoku’s closure in 1984 plus the resurgence of Macross and its arrival on western shores, Jetfire was changed to Skyfire and went a cosmetic overhaul. The original Jetfire with the Valkyrie design can fetch a high price especially if the detachable armor is still complete and with a package.

He-Man leaps into the fray with his feline steed Battle Cat, who is originally known as the cowardly cat Cringer. This toy set was released in 1981 during the height of the original cartoon series. Individual pieces without a box can purchased for only triple digits or less. On the other hand, a complete set encased inside an unopened 8-back box is worth a fortune. 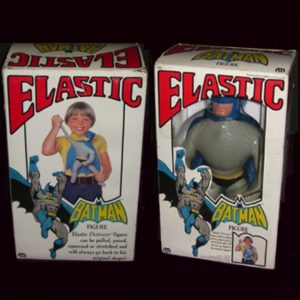 Toy company Mego was famous for their affordable dime store toys and action figures of known characters. In 1979 they ventured in the realm of stretch toys as the interest in 8” action figures waned. Mego manufactured the line of stretchable figures known as the Elastic Superheroes line, and Mego Elastic Batman was part of it. This caught the attention of Kenner, the toy company responsible for the famous Stretch Armstrong action figure, as these elastic superheroes were quite similar to their stretchy blonde. A lawsuit from Kenner, coupled by poor build quality, effectively axed the production of Elastic Superheroes. It is reported that only two Elastic Batman figures exist and they fetch quite a handsome price.

Jawas are the small caped humanoids who were responsible for bringing C-3PO and R2D2 to Luke Skywalker in A New Hope. The action figure version of these humanoids originally donned vinyl capes until Kenner decided to change the material to cloth for aesthetic purposes. The sudden switch of capes made the original Jawas rare as it took place only a few months after their release. There are a lot of fake vinyl cape Jawas out there as it is quite easy to do so: by equipping the Jawa with a vinyl cape obtained from a different action figure like a vintage Obi-Wan, then insert the figure to a 12-back card. Such deception however cannot easily fool eagle-eyed collectors.

The McFarlane Sports Picks is a line of action figures that featured the biggest names in sports. These figures were lifelike and highly detailed. In 2009 they released the Centennial 2 Pack in commemoration of the 100th year anniversary of the Montreal Canadiens. Unfortunately there are certain 2 Packs that were quickly cancelled due to problems with the economy like the Yvan Cournoyer & Jean Beliveau, and Jacques Plante & Maurice Richard pairs. These figures fetch ridiculous prices on eBay due to their rarity.

Michael Lau is an artist responsible for the propagation of toys designed in urban vinyl style. His efforts earned him numerous awards and accolades. His Gardener line of figures is based on his comic strip of the same name featured in the magazine East Touch. The Uncle figure from his Gardener line features a man with a grocery bag and a skateboard. Only a few pieces of this figure were created by Lau hence its high value. He has other rare high-cost figures whose release in Asia was sponsored by Sony.

The bounty hunter Boba Fett is without a doubt one of the most popular characters in Star Wars. Kenner made an action figure of Boba Fett with a backpack that can fire a rocket, and showcased it during the New York Toy Fair in 1979. However production was cancelled due to safety concerns involving the backpack as its projectile could possibly hurt a child. The prototype was featured in the “The Pawn Awakens” episode of Pawn Stars in which the seller put it up for $150 grand. It was auctioned in eBay for the same price and now the item is no longer available. Maybe some lucky (and rich) individual got his / her hands on what could possibly be the holy grail of collectibles in a galaxy far far away.

The G.I. Joe toys from Hasbro were famous to boys as how Barbie was to the little girls, and these army men were responsible for the creation of the term “action figure”. Millions of action figures were sold and the 11” prototype itself rested in the home of its creator Don Levine for 40 years. It boasted 21 movable parts and came with a helmet and canteen. The olive green fatigues and backpack it wore were all hand-sewn. In August 2003 the prototype was auctioned and comic store businessman Stephen Geppi took home the prize for $200 grand.

There we go with the most expensive action figures. Do you know other action figures that cost a lot of dough? Let us know in the comments below.