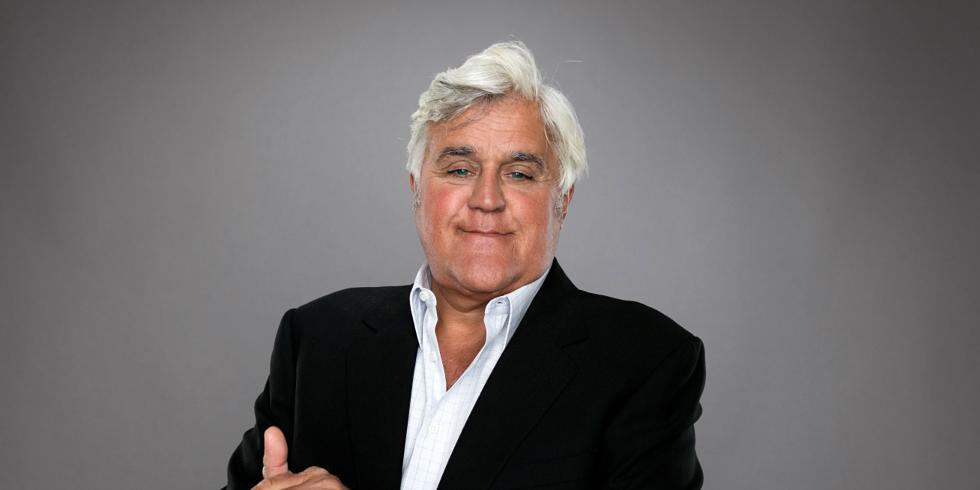 Jay Leno is one of the most well-known television hosts in history. He is known for his down-to-earth persona, and his clean-style of comedy. Jay hosted The Tonight Show for 4,610 episodes, from 1992 to 2014. But what’s he doing now?

Jay Leno was born on April 28, 1950, in New Rochelle, New York, although he spent his childhood in Andover, Massachusetts. His mother was a homemaker, and was originally from Scotland. His father was an insurance salesman, and came from an Italian family.

Jay discovered his love for comedy while studying at Emerson College, where he started a comedy club. After graduating with a degree in speech therapy, Jay began performing stand-up in comedy clubs. He then moved to Los Angeles, where he regularly performed stand-up, and wrote for a few TV shows.

Back then, what made a comedian’s career was a good appearance on Johnny Carson’s The Tonight Show. Jay had his first appearance on March 2, 1977. He became more and more popular as a stand-up. He had minor roles on television shows, and even a comedy special. He continued to appear on the Tonight Show, and was often on Late Night with David Letterman.

By 1987, Johnny Carson didn’t want to host the tonight show 5 nights a week. So Monday nights were hosted by a guest host, and Tuesdays were “Best of Carson” re-runs. This allowed Carson to only host 3 nights a week. In 1987, Leno became the exclusive guest host of the Tonight Show. During this time, he would also perform stand-up 300 times per year.

In 1992, Johnny Carson retired from the Tonight Show. Many people, including Carson himself, believed the new host should be David Letterman, who followed Carson with his Late Night show. But NBC chose Jay Leno. This would start the Letterman-Leno rivalry, which lasted for years. Leno’s Tonight Show didn’t have the greatest ratings at first, but by 1995 it had become the highest rated late night talk show.

After Conan signed the contract, Leno addressed it, and basically promised Conan the show will be his in 2009.

The problem was, in 2009 Jay Leno’s The Tonight Show was still the highest rated late-night show on television. And because according to the ratings, he was the best at what he did, he wanted to keep doing it. And NBC was afraid that he would go work for a rival network, and compete with their Tonight Show, who would then be hosted by Conan O’Brien.

So NBC gave Jay Leno another talk show at 10 pm, one hour before Conan’s Tonight show, called The Jay Leno Show. Conan’s show premiered strong in ratings, but they gradually lowered, many times falling under those of David Letterman’s. NBC execs feared Conan’s style wasn’t appealing enough to the older demographic of the Tonight Show. When The Jay Leno Show premiered, it too had very high ratings, but they dropped the following weeks.

NBC now had lower ratings than before the host change, for both the Tonight Show and the 10pm spot. Their proposed solution was to move the Jay Leno Show up to 11:35, and Conan’s Tonight Show to 12:05 am. Conan declined this and decided to leave NBC, receiving $45 million for himself and his staff.

Jay Leno still tours the country performing stand-up. He does approximately 200 shows per year. Since his retirement, he has made a few appearances on the Tonight Show with Jimmy Fallon, and on Late Night with Seth Meyers.

Jay has always been a big car buff. He has a garage in Burbank, California, near Bob Hope Airport, which is filled with vehicles, approximately 286: 169 automobiles and 117 motorcycles. He first started showing off the cars in his collection in a web-series for NBC.com called Jay Leno’s Garage. The series returned as a one hour TV special on CNBC, then returned as a weekly primetime series in 2015. In the show, Jay reviews classic cars, restored cars, super cars, vintage and sports cars. The show’s second season is currently airing.