What happened to Cedric the Entertainer- News & Updates 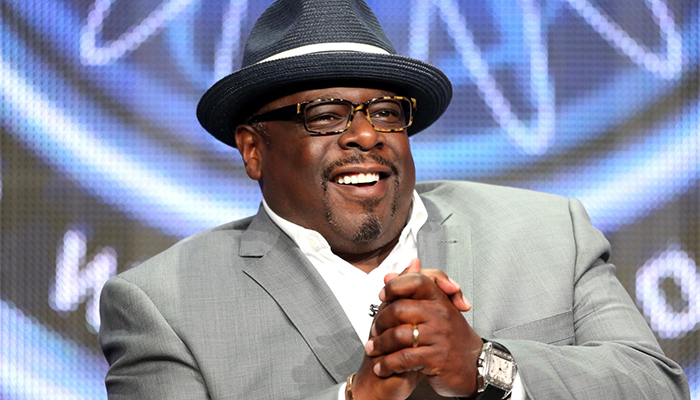 Cedric Kyles, better known by his stage name, Cedric the Entertainer, is an American actor best known for having starred in the American sitcom, The Steve Harvey Shop and in the comedy film, Barbershop. However unlike some actors, acting was not something that Cedric had jumped into right awayーin fact, he had worked as a host on various television shows prior to becoming an actor. At the time, he was the original host of the music television show, Showtime at the Apollo durings its run in the late 80’s and early 90s; in 1993, he was also involved in a stand-up comedy show called ComicView as the series’ host. More recently, he also served as the host of the twelfth season of the game show, Who Wants to Be a Millionaire.

Cedric first ventured into acting in 1996, when he landed a main role in the sitcom series, The Steve Harvey Show, alongside actor Steve Harvey himself. In it, he played the character of Cedric Robinsonーa high school cough and longtime best friend of protagonist Steve Hightower (played by Steve Harvey). A hit amongst viewers, the sitcom won numerous awards throughout its six year run, including eight NAACP Images Awards; it also won a multitude of nominations. Highly successful, The Steve Harvey Show continued for six seasons and spanned a total of 122 episodes; it eventually ended in February 2002. Despite having been the actor’s first professional acting gig, his role in the series would ultimately garner him recognition as a growing actor.

In addition to having starred on the small screen, Cedric also appeared in countless films throughout the early 2000’s, some of which includes Dr. Dolittle 2, Ride, Serving Sara, Intolerable Cruelty, Barbershop and Barbershop 2: Back in the Businessーthe most notable probably being that of the Barbershop film series. Set in the southern region of Chicago, the comedy film series revolved around a small barbershop owned by protagonist, Calvin Palmer Jr. In it, Cedric played the role of Eddie, an opinionated employee of the shop. The movie was a commercial success upon its release in September 2002 and have since spawned three sequels, the more recent having just been released this year.

But what has the man been up to as of late? What happened to Cedric the Entertainer? Where is he now in 2018? 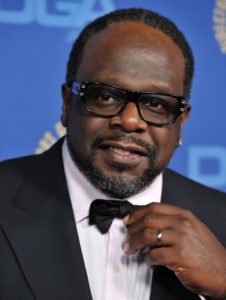 Born on December 13, 1964 in Jefferson City, Missouri, Cedric Anderson Kyles is the son of Kittrell Kyles, a railroad company worker and Rosetta Kyles, an elementary school teacher. He has a younger sister named Sharita Wilson, who works as an instructor at the University of Memphis in Tennessee. As a young boy, Cedric grew up in a small family owned home in the city of Caruthersville, Missouri. When Cedric was 13 years old, the family moved three hours south to the suburbs of Berkley, for his mother’s work. Following the move, the family stayed with Cedric’s aunt and her eleven children at their St. Louis home for a few months; they later moved to live in a home in Berkley. When Cedric was a high school student at Berkley High School, he had developed a severe, large rash on the top area of his headーan unfortunate event which would eventually lead to his habit of wearing a hat throughout his career.

After graduating from high school, Cedric attended the Southeast Missouri State University where he studied mass communication. He later graduated from the institution in 1987 with a bachelor’s degree. Shortly afterwards, he began to work at a State Farm as a insurance claims adjusterーhe even worked occasionally as a substitute teacher for local high schools. However his career path would soon change as one of his friends eventually convinced him to join in on a comedy competition held in St. Louis. Despite never having worked in comedy prior to the event, Cedric later shocked everyone by winning the whole competition. Following his win, he continued to work at the State Farm for a few yearsーall while beginning to consider the possibilities of pursuing a career in comedy.

Cedric the Entertainer’s Endeavours into Television 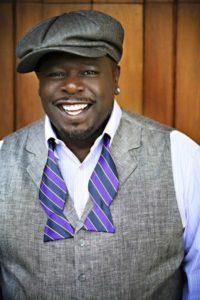 Having worked his way up from being a local comedian, Cedric later found himself cast as a host on the syndicated music series, Showtime at the Apollo in 1992ーit would also mark his first appearance on national television. Having first premiered in 1987, the reality series featured various professional and amateur artists as they performed live in front of a number of hosts. The show was met with generally positive reviews upon its initial broadcast and had also won a number of awards including a NAACP Image Award for “Outstanding Variety Series/Special” in 1991. In 1993, he went on to host the BET Stand-up comedy series, ComicView and later also served as the host for the show, Def Comedy Jam in 1995.

Following his career as a television host, Cedric eventually made his professional acting debut when he was cast in the American sitcom, The Steve Harvey Show in 1996. Created by Winifred Hervey, the series revolves around the life of Steve Hightower (played by Steve Harvey)ーa former funk legend who is currently a music teacher at Booker T. Washington High school, and his longtime best friend Cedric Robinson. The Steve Harvey Show first aired on The WB Network in August 1996, and was a huge hit at the time, having garnered close to 3 million viewers during its season premiere. The sitcom continued for six years and spanned a total of 122 episodes; the finale aired on February 2002. 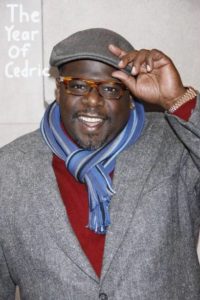 Soon after, Cedric landed a lead role in the comedy film, Barbershop. Directed by Tim Story, the 2002 movie revolved around a barbershop located in South Chicago, owned by protagonist Calvin Palmer Jr., and its employees. Some of the other actors in the film include Ice Cube, Anthony Anderson, Sean Patrick Thomas, Michael Ealy, Troy Garity amongst others. In it, Cedric played the role of Eddie, an opinionated employee of the shop. Upon its release in September 2002, the movie was met with positive reviews amongst viewers and critics and have since spawned three sequelsーBarbershop 2: Back in Business in 2004, Barbershop: The Next Cut in 2016.

Since then, the actor has made numerous (guest) appearances in a variety of films and television shows including Hot in Cleveland (2011), 2 Broke Girls (2012), Wild ‘A Haunted House (2013), Top Five (2014), ) and Whose Line is it Anyway? (2015). Following his brief time on Hot in Cleveland, he soon reprised his role as Reverend Boyce Ballentine in the spinoff, The Soul Manーa series which was created by Suzanne Martin and Cedric himself. First premiered on TV Land in June 2012, the sitcom followed the life of protagonist Reverend Boyce Ballantine (aka “The Voice”), a former R&B star after he decides to leave his luxurious life in Las Vegas to move to St. Louis to become a minister in a family owned church. The show was a hit, and continued for a total of 54 episodes, spanning five seasons; it ended in June 2016 after a four year run.

But he didn’t just involve himself in actingーIn 2013, Cedric the Entertainer was also the host of the twelfth season of the well known game series, Who Wants to Be a Millionaire. First aired on the ABC Network in August 1999, the original show was hosted by media personality, Regis Philbin; the later syndicated US version of the series began in 2002 and was hosted by Meredith Viera until 2013. Cedric was the third host of the game show since its original premiere in the United States in 1999. Each episode features a single contestant who then attempts to win the top prize of $1,000,000 by answering a series of multiple choice questions, which ultimately increases in difficulty. Who Wants to Be a Millionaire has been a huge commercial hit since its conception, with the U.S version of the dries having won a total of seven Daytime Emmy Awards. 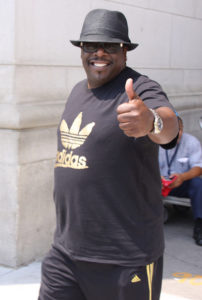 The actor has had a pretty packed schedule lately, that’s for sure. Besides having been continuing his role as Reverend Boyce Ballentine in the American sitcom, The Soul Man, he has also been involved in a number of other television series and films this year including Another Period, Down by the Water, A Fall from Grace and Easy Life. His most notable movie appearance this year probably being his reprisal of the character, Eddie in Barbershop: The Next Cut. As the third instalment of The Barbershop trilogy, the movie featured the original characters at the shop as they gathered together to try and save the barbershop and the neighbourhood from contentious gang members. The film was released on April 15, 2016 and have received positive reviews from critics, having earned a rating of 91% of the reviewer website, Rotten Tomatoes.

In light of the recent events surrounding racial inequality in the country, Cedric the Entertainer invited over a hundred black celebrity stars this July to participate in a “Black Town Hall Meeting”. Some of those whom were invited to his Las Angeles home included Larenz Tate, Omar Epps, Nicole Ari Parker, Tina Lawson, Jesse Williams, Nate Pariker, Tasha Smith, Meagon Good, amongst many others. As a group, the celebrities gathered together to share their opinions about the recent issues and discussed possible solutions for the problems.

That same month, Cedric also performed stand-up comedy at a Performing Arts Centre in Bonita Springs, Floridaーhe would be the first big name star to perform at the new $7 million building, which had only opened a few weeks prior. Cedric held two shows, on July 22 and July 23 at the newly opened Arts Centre. No stranger to the comedy world, the entertainer has performed comedy at numerous venues across the country since his first start in in the 1980s.

If you’d like to stay connected with Cedric the Entertainer, then rest assuredーyou can do so by following the comedy star on Twitter (@cedentertainer) or Instagram (@cedtheentertainer).