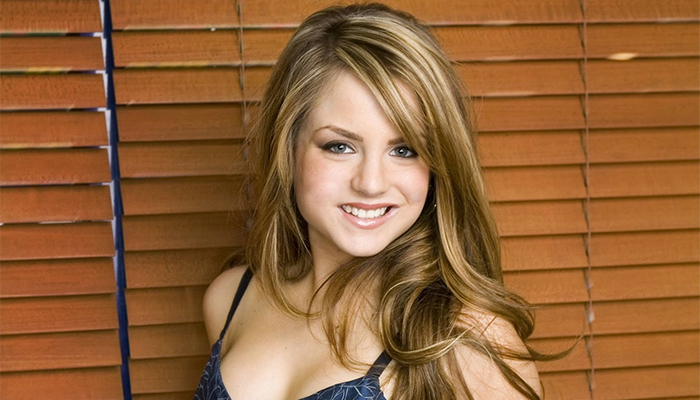 Jojo, real nameーJoanna Noelle Blagden, is most well known for having been a successful child singer throughout the 2000’s. After having competed on the reality singing series, America’s Most Talented Kids at the age of 13, she was eventually offered an opportunity to addition for the American recording label, Blackground Records later that same year. The following year, Jojo released her first debut album entitled, “Leave (Get Out)”; it was a worldwide hit upon its release and had reached the number one spot on the Billboard Pop Songs Chartーmaking her the youngest artist to have achieved the feat. The album eventually sold over 500,000 copies and was certified gold by the Recording Industry Association of America in October 2004; it has since sold over 4 million copies across the globe.

Throughout her musical career, Jojo has released a number of records, including three albums, two mix tapes and three EPs. Her single, “Too Little Too Late”, released in the summer of 2006, in particular was a huge hit, having reached the number three spot on the Billboard Hot 100 Chartーin fact, it broke the record at the time for making the biggest leap into the top three rankings, having shifted up from the number 66 spot in seven days. Since its release, the single has sold over 3 million units internationally and has also been certified platinum by the RIAA. As of late 2013, Jojo has sold over 7 million albums across the globe.

For her contributions to the music industry as a young artist, Jojo has also won numerous awards for her talents, including Radio Disney Music Awards for “Best Video That Rocks”, “Best Artist or Song Your Teacher Likes” and “Favourite Karaoke Song”, a Boston Music Award for “National Female of the Year with Too Little, Too Late”, a Hollywood Life 9th Annual Young Hollywood Award for “Breakthrough Performance” and a Yahoo Music Award for having reached over 10 million downloads. The singer has also garnered numerous nominations in addition to her awards.

Besides being an accomplished artist, Jojo has also ventured into acting during the 2000’s. In 2002, she was cast in the movie, Developing Sheldon as the younger version of the female protagonistーit would be her first acting role in her career. She later appeared in small roles in the films Aquamarine (2006), RV (2006) and G.B.F. (2013). In addition to having appeared on the big screen multiple times, Jojo has also appeared in a handful of acting roles in various television programs including The Bernie Mac Show (2002), American Dreams (2004), True Confessions of a Hollywood Starley (2008) and Hawaii Five-0 (2011).

But what is the singer up to now? Is she still singing away? What happened to Jojo? What is she doing now in 2018? 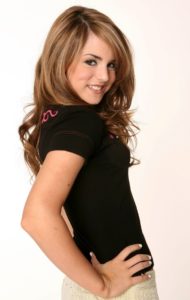 Born on December 20, 1990 in Brattleboro, Vermont, Jojo (Real name: Joanna Noelle Blagden Levesque) is the daughter of Joel and Diane Levesque. She is of Irish, English, French, Polish, Native American and Scottish descent. As a young child, she was raised in both Foxborough, Massachusetts and in Keene, New Hampshire. Growing up as a toddler, Jojo was surrounded by music as both her parents were singers (her father sang as a hobby and her mother was part of the church choir and had received training for musical theatre). She first started to sing at the age of two, when she would imitate tunes that she’d hear, including that of R&B, and jazz. However when she four years old, her parents divorced leading her to go live with her mother in a one room apartment.

When she was in grade school, Jojo often practiced singing hymns together with her mother; at times, the young singer would also try to imitate her mother’s voice. Her stage name “Jojo” was also a childhood nickname that was given to her at the time. Having spent the majority of her youth with her mother, the two were extremely close and often enjoyed going to various events together including Native American Festivals.

Having often performed at local theatres, the young singer was offered her first recording deal at the age of six. However it was ultimately turned down by her mother at the time as she believed that Jojo was too young to start a music career. At the age of seven in 1997, Jojo guest starred on the television series, Kids Say the Darndest Things: On the Road in Bostom with the well known comedian, Bill Cosby. 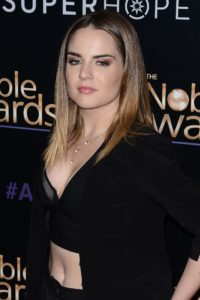 When Jojo was 13 years old, she competed on the NBC series, America’s Most Talented Kid but had ultimately lost to fellow contestant, Diana DeGarmo. However despite having had lost, she was eventually contacted by Vincent Herbertーa record producer who was impressed by the quality of her performances on the show; he later asked the young singer to audition for the recording label, Blackground Records. Following a successful audition, the young teen eventually signed with the recording label and quickly began to work on her first album whilst working with various producers. In 2004, Jojo released her debut single entitled, “Leave (Get Out)”.

Produced by Soulshock & Karlin, the single was a huge commercial success, having reached number 12 on the Billboard Hot 100 Chart in the United States; it also reached the number 2 spot in the UK, Australia, European and New Zealand charts. While “Leave (Get Out)” debuted at the number 99 spot on the Billboard Hot 100 Chart, it quickly made gradual vertical movements up, eventually peaking at the number 12 spot, four months after its release. Having sold over 500,000 copies within the United States, the single has since been certified gold by the RIAA. “Leave (Get Out)” also earned Jojo the first music award in her singing careerーa Radio Disney Music Award for “Best Video That Rocks” in 2004.

Later that same year in June, Jojo released her first studio album entitled, “Jojo”. Out of the 17 tracks, Jojo had cowritten three of them and had worked together with many music producers including Brian Alexander Morgan, Mike City, Vincent Herbert amongst others; the songs were eventually recorded over an eight month period. Upon its release, the album debuted at the number four spot on the Billboard 200 Chart and had sold over 95,000 units during the first week; it was later certified platinum by the RIAA after having sold over one million copies in the United States. Internationally, the album was also a successーit sold over 100,000 copies in Canada, Germany and the United Kingdom. In order to promote her debut album, Jojo also embarked on her very first tour, which started at a mall in Atlanta and ended at the South Shore Plaza in Braintree, Massachusetts.

A couple years later in 2006, the young singer released her second studio album titled “The High Road”. Upon its release, the album debuted at the number three spot on the Billboard 200 Chart and had sold over 108,000 units during the first week. The successful release eventually received gold certification in the US, as well as in the UK and Canadaーit has since sold over 3 million copies across the globe. The lead single in the album “Too Little Too Late” was the singer’s highest peaking single at the time, having peaked at the number three spot on the Billboard Hot 100 Chart. It would later also garner Jojo various awards including two Radio Disney Music Awards for “Best Artist or Song Your Teacher Likes” and “Favourite Karaoke Song” in 2006, and a Yahoo Music Award for having reached over 10,000,000 downloads in 2008.

Since then, Jojo has made a number of performances and have released many records including two mix tapes and three EPs.

Jojo in the Acting Scene 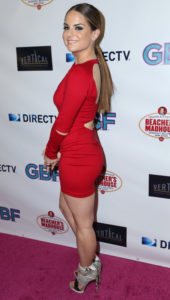 Besides being an accomplished singer, Jojo is also no stranger to the acting world. At the age of 12 in 2002, she landed her first acting role in the drama film, Developing Sheldon, where she played the role of of young Elizabethーthe younger version of the movie’s protagonist. While working on her music career, she also continued to star in a handful of television films and movies throughout the 2000s, including the teen comedy Aquamarine (2006), the road comedy film RV (2006), and the fantasy film G.B.F. (2013). In 2006, Jojo also starred in her very first documentary seriesーJojo: The Pop Princess, in which she appeared as herself.

In addition to her appearances on film, Jojo has also starred in a number of television series including in the American drama series American Dreams (2004), the comedy drama True Confessions of a Hollywood Starlet (2008) and the police series Hawaii Five-0 (2011). 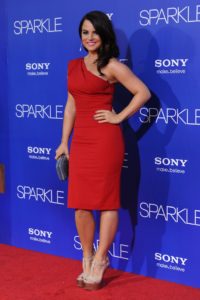 Recently this March, the singer made headlines when she revealed the reason why she wasn’t able to release an album since 2006ーaccording to her, she had been “trapped in a contract for 7 years”. Having first signed a contract with the recording label, Blackground Records at the age of 12, she did not realize at the time that it would bind her to the company for 10 whole years. Despite the initial success with her first two albums and singles during the mid 2000s, Jojo hadn’t released any records since; it is as if she had stepped out of the limelight. The reason behind her disappearance has now finally been answered; the singer had been “trapped in a contract” with the recording company. Although Jojo had constantly submitted material for potential upcoming releases, they were never approved by Blackground Records and thus, no albums nor singles were ever released.

Since the end of her binding contract with the company back in 2014, Jojo was finally able to switch to sign under the recording labels, Atlantic Records. Under the new company, the singer is scheduled to release an upcoming album, her first in ten years, entitled Mad Love” later this year on October 14, 2016.

Having recently just celebrated the 12 year anniversary of her debut album, “Jojo”, the artist also took the opportunity to reflect on her experiences as a singer. On her Facebook page, she was seen sharing with fans, her feelings of frustrations and sadness that her first album was no longer available on Spotify and iTunes due to the arisen issues with her first recording company, Blackground Records. However, she has also expressed gratitude for her fans, and appeared excited for the release of her upcoming third album under Atlantic Records.

On a more personal note, Jojo’s father had also tragically passed away earlier this year. At the time, her father had come to California to visit her while she was on tour; according to sources, he had passed away in his sleep after years of medical issues and drug abuse. In reaction to this news, it’s no doubt that the singer had taken it hardーthe two had just begun to repair their relationship as father and daughter after years of it being strained. Jojo has since released a MV for her song, “Save My Soul”, dedicated to her father.