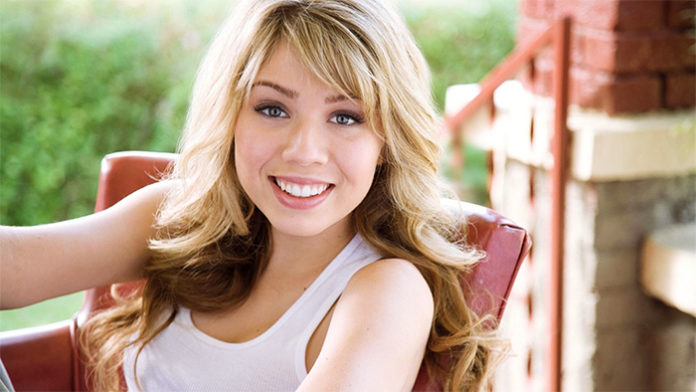 Jennette McCurdy is an American actress who is best known for her on-screen role as Sam Puckett in the teen sitcom, iCarly. Having watched a lot of films growing up, the blonde was inspired to act at a very young age. Recruiting the help of her mother, she eventually consulted a talent group for an agent; from there, it wasn’t long until she was taking part in various auditions. When she was eight years old, she made her television debut in the comedy, MADtv, where she portrayed a character named Cassidy Gifford. Throughout the next few years, McCurdy appeared in a number of guest roles in Shadow Fury (2001), CSI: Crime Scene Investigation (2002), Against All Evidence (2002), Hollywood Homicide (2003), Tiger Cruise (2004) and Judging Amy (2005), to name a few. Her luck ultimately began to change in 2005, when she met producer Dan Schneider while working as a guest star in the family comedy, Zoey 101 (2005). Impressed by her acting abilities, he later offered McCurdy a lead role in his new series, iCarly in 2007.

Immensely popular amongst younger audiences, the show played a significant role in the launching of the blonde’s career. Despite the fact that it ended back in 2012, it remains to be one of McCurdy’s best known portrayals on televisionーone which she continued for six years. While the series was still airing, she also starred in a couple of television films including Fred: The Movie (2009), and Best Player (2011). On the side, she also made guest appearances in a variety of shows such as The Cleveland Show (2010), Glenn Martin DDS (2010), The Penguins of Madagascar (2010), and Bucket & Skinner’s Epic Adventures (2012). Talented beyond her age of 24, McCurdy has received two Australian Kids’ Choice Award, a Kids’ Choice Award and a Meus Premios Nick Brazil Award, amongst others throughout her career. From the time she first step foot into the show business, the blonde has portrayed over sixty different roles on-screen.

In addition to being an accomplished actress, McCurdy is also a singer-songwriter and record producer. It was announced that she was working on a debut album in the summer of 2008; she later released her first single, So Close in March 2009ーit was quickly followed by a second entitled, Homeless Heart that May. Eventually signing with Capitol Records Nashville, she released an EP in 2010 and another in early 2012. In June 2012, her eponymous full-length album, Jennette McCurdy was released in stores. On top of her musical and acting endeavours, McCurdy has also guest-starred in several reality series over the years including American Idol (2008), Cupcake Wars (2011), and more recently, Chopped Junior (2016).

So what has the actress of iCarly fame been up to these past few years? Is she still active within the entertainment industry or has she embarked on a new career? What happened to Jennette McCurdy? Where is she now in 2018? 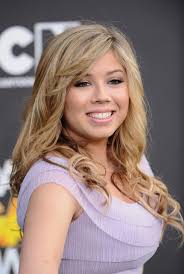 Born on June 26, 1992, Jennette Michelle Faye McCurdy is the daughter of Debra and Mark McCurdy; she is of French, Swedish, English, Italian, Dutch and Irish descent. The youngest out of four siblings, she has three older brothers named Dustin, Marcus and Scott. As a child, McCurdy was a huge fan of the Star Wars series and spent much of her time re-watching the films; in fact, these science fiction movies were ultimately what inspired her to pursue a career in acting. Wanting to put herself out there, she recruited the help of her mother, who contacted the Coast to Coast Talent Group, a talent agency which she’d found in the Back Stage West Magazine, who later introduced the two to an agent. Since McCurdy had no prior acting experience, she presented monologues during her eventual auditions, which she later admitted to having been quite uncomfortable.

Her hard work finally paid off when she landed her first television role on MADtv (2000) at the age of eight; while it was a small, one-time part, it marked her official entry into the show business. Continuing on with her budding acting career, she appeared in various minor roles in a number of TV series over the next few years including Shadow Fury (2001), CSI: Crime Scene Investigation (2002), Against All Evidence (2002), Hollywood Homocide (2003), Tiger Cruise (2004), and Law & Order: Special Victims Unit (2005). After many years of playing small parts, her luck as an actress finally began to change in the mid 2000’s; in 2005, she was cast as a guest star in the family comedy, Zoey 101ーit was then that she met producer, Dan Schneider. Having remembered her impressive performance, he later invited McCurdy to star in his new comedy series, iCarly (2007). Prior to her landing the role, the blonde was still playing various minor roles on the small screen. 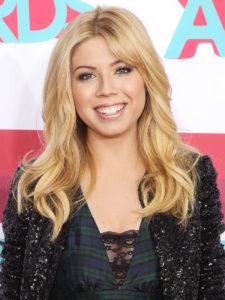 Created by Schneider, the Nickelodeon sitcom premiered on September 8th, 2007 to over four million viewers. Starring Miranda Cosgrove, Nathan Kress, Jerry Trainor, Noah Munck, and of course McCurdy, the series followed the life of a teenage girl named Carly Shaw, who creates her own web-series known as “iCarly” with two of her close friends. Although the show was met with a fair amount of mixed reviews from critics, it proved to be a hit amongst younger audience members. In the Nickelodeon series, McCurdy portrayed the part of Sam Puckettーone of Carly’s closest friends and also the co-host of her web show. 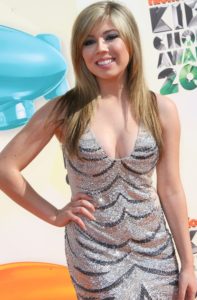 While the actress was still starring on iCarly, she was cast as a lead role in the made-for-TV comedy film, Fred: The Movie (2010). Based on a character named Fred Figglehorn from Lucas Cruikshank’s Youtube Channel, it followed Fred as he tries to get the target of his unrequited loveーa girl named Judyーto fall in love with him over a weekend. While Cruikshank himself played the part of Fred, actress Pixie Lott portrayed the role of Judy; McCurdy on the other hand, played the character of BerthaーFred’s best friend who’s known for her eccentric clothing style.

Premiered on the Nickelodeon channel on September 18th, 2010, Fred: The Movie proved to be popular amongst audiences as it became the second-highest viewed cable movie across all networks that year. In the UK, the film enjoyed a limited theatrical run, from which it grossed over $1 million. Despite this however, it was universally panned by critics and thus received little, if any, positive reviews.

Throughout the late 2000’s, McCurdy guest starred in a variety of TV shows including True Jackson VP (2009), Glenn Martin DDS (2010), and The Penguin of Madagascar (2010). In 2011, she starred in the television film, Best Player alongside fellow iCarly co-star, Jerry Trainor. Directed by Dmon Santostefano, the Nickelodeon original movie revolved around a pro-gamer named Quincy, who ultimately meets his match after stumbling across a kid who is known to others as the name “Prodigy”. Filmed in Vancouver, British Columbia, Best Player featured none other than McCurdy herself in the role of Prodigy; other members of the cast (aside from Trainor who portrays the role of Quincy) include Amir Talai, Janet Varney, Jean-Luc Bilodeau, Calum Worthy and Robert Capron. Released in March of that year, it garnered two Directors Guild of America Awards in 2012.

Following the end of iCarly in 2012, McCurdy was given her own spin-off series, Sam & Cat (2013). A crossover between the former comedy and Victorious (2010), it followed the lives of Sam Puckett and Cat Valentineーtwo girls who meet and become roommates under extraordinary circumstancesーwho then decide to take on a babysitting business together. Premiered in June 2013 on the Nickelodeon Channel, it debuted to over 4 million audience viewers. Despite the initial success and rumours of a second season however, Sam & Cat was eventually put on hiatus by the network in April 2014, following a controversy in which McCurdy became the subject of a scandal. Although 40 episodes had been ordered and produced, only 35 reached the screens prior to its cancellation in July 2014. In spite of this, the teen sitcom still managed to reap in two Nickelodeon Kids’ Choice Awards and a Kids’ Choice Award Mexico that year. For her portrayal of Puckett, McCurdy also received a Nickelodeon Kids’ Choice Award nomination for “Favourite TV Actress.”

Shortly afterwards, McCurdy returned to the small screen in the Vimeo web series, What’s Next for Sarah? (2015). Created by the blonde herself, it depicted the story of Sarah Bronsonーan actress who after getting her hit show cancelled, finds her life spiralling out of control. Inspired by the real life events of McCurdy’s life, What’s Next for Sarah? was also her first time producing and screenwriting a TV series from start to end. Consisting of four episodes of five-minutes each, the show starred McCurdy as Sarah and also featured Kiersey Clemons, Joseph Ahern, Amir Talai, Matt Shively, and Mary Scheer amongst others.

Later that year, McCurdy guest starred in the sketch comedy, The Birthday Boys (2014). From there, she eventually went on to appear in an episode of the IFC series, Comedy Bang! Bang! (2015).

In the summer of 2012, the actress released her first and only studio album entitled, Jennette McCurdy under Capitol Nashville Records. Featuring the production of Jay DeMarcus and Paul Worley, it contained ten country pop tracks including Better, Heart of a Child, Stronger, Put Your Arms Around Somewhere, Place to Fall, and Have to Say Goodbyeーall of which were co-written by McCurdy herself. Although the album failed to chart, its single, Generation Love went on to peak at number forty-four on the US Country Albums Chart.

What is Jennette McCurdy Doing Now In 2023  News and Updates

In 2017, she announced that she would be retiring from acting to pursue a career in directing and writing instead. Since then, she has worked behind the scenes on several short films including Security Deposit, Wine and Cheese, 8 Bodies, and The First Lady. She also worked on a short film titled, Strong Independent Woman, which came out in 2019.

In 2019, she also revealed in an interview with Huffington Post that she had suffered from bulimia and anorexia as a child and that both her mother and the entertainment industry had played a role in her condition. She also explained that it wasn’t until her sister-in-law noticed the disorder and the various symptoms that she was experiencing, that she received help.

She later returned for a one-woman show titled, I’m Glad My Mom Died, which saw her performing in New York City and Los Angeles (additional dates were canceled due to the Covid-19 pandemic). That same year, she began hosting the podcast Empty Inside, which features a different guest each episode.

More recently in 2020, she released a memoir titled, I’m Glad My Mom Died, in which she describes her career as a child actress and the abuse she experienced from her deceased mother. Not only has it been well received by fans, but it has also become a New York Times Best Seller.

For those who’d like to know what else she’s up to, you can follow Jennette McCurdy on social media. She’s active on Instagram (@jennettemccurdy) where she has over 8.2 million followers and on Twitter where she has 5.5 million fans.