Fans of SpikeTV are sure to remember the first season of The Joe Schmo Show. Viewers fell in love with the kind, generous Matt Kennedy Gould after he was scouted in Pittsburgh, Pennsylvania. He was cast to be the unwitting star of the show, and left a big impression on many fans. However, after the show was over, he chose to leave show business and pursue a different life. What has Matt Kennedy Gould been up to since the Joe Schmo Show, and where is he now? 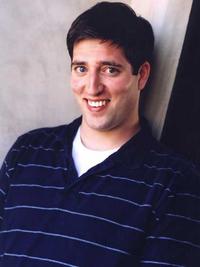 Matt Kennedy Gould was born in the town of Mt. Lebanon, Pennsylvania in 1975.  After high school, Gould attended Pennsylvania State University. He graduated from Penn State with a degree in speech communications in 1999.

Once he graduated, Gould had big plans to become a lawyer. He attended the University of Pittsburgh School of Law for a few years, but never finished. Prior to graduation, he dropped out because he didn’t feel that law was the right path for him.

At 28, Gould had dropped out of law school and was living at home, making his money delivering pizzas. He knew there had to be more to his life, but he wasn’t sure what it was yet. However, he was in for a few big surprises later that year.

One day, Matt Kennedy Gould was playing basketball with some friends when a SpikeTV casting director spotted him and asked him to be on a new reality TV show. Gould decided to audition for the show – “why not?” he thought. Having watched reality TV in the past, he thought it would be good for him. “[Reality TV is] the best, all the drama and good-looking girls,” Gould told People Magazine. “I always thought I’d be great on a reality TV show.”

However, what Gould didn’t know was that this was not just any TV show. The Joe Schmo Show’s premise was that only one of the people on the show was a “real” person. The rest were actors. This “regular Joe” was the star of the show, but had no idea that it was really a setup.

When Matt Kennedy Gould started on the first season of The Joe Schmo Show, he thought he was on a show called Lap of Luxury. On this fake show, contestants competed for a $100,00 prize. At the end of every episode, a contestant was “evicted,” or voted off.

Matt Kennedy Gould made friends quickly, and soon became close with one of the people pretending to be his costar. At the end of an early episode, his friend, Earl, was voted off the show. Gould became emotional and upset at this decision. He started to question whether the money at the end of the show was worth betraying his friends.

After this incident, the premise of the show shifted. Where directors had once aimed to poke fun at Gould, they now tried to highlight his kind spirit. Instead of rigging contests to make Gould look ridiculous, they now rigged them so that he would win. By the end of the series, Gould had proven his good character and gained many fans.

In the final episode, when the true premise of The Joe Schmo Show was revealed to Gould, he was overcome by emotion. He had just won $100,00, a trip to Tahiti, and a flatscreen TV – but he had also been the butt of a joke. Initially, Gould responded positively. “I love the show…I’ve gotten nothing but positive feedback,” he 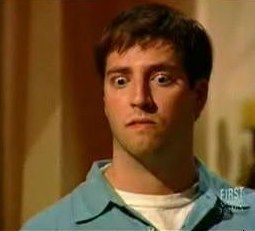 However, Matt Kennedy Gould had his regrets down the line. In an interview with Entertainment Weekly, he said the The Joe Schmo Show had made him feel dumb. “If I had to do it over again, I wouldn’t do the show at all,” he said. According to Gould, the reality show had come about at a difficult time in his life, and being the butt of a joke had a negative impact on him.

After a few failed attempts to get into the entertainment industry, Gould quit working entirely. He hid away in his apartment in Santa Monica, and spent his winnings from the show on marijuana and alcohol.

After The Joe Schmo Show, Matt Kennedy Gould needed to do a bit of soul-searching. After his live-in girlfriend broke up with him, Gould decided to reassess his life. He got rid of his drugs, moved back to Pittsburgh, and has been sober ever since. 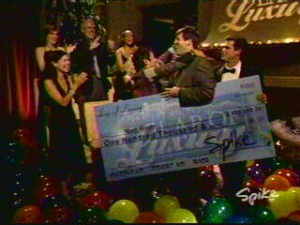 After moving back to the East Coast, Gould sought help with his internal struggles and eventually found peace. He got married, and now has a two children and a stepson. He started working at a logistics company, where the most recent news confirms he still works.

Though The Joe Schmo show took a toll on Gould, it shaped his life experience. In a 2013 interview with the Pittsburgh Post Gazette, he said that the show had made him feel insecure. For years, he thought that people looked at him as the but of a joke. However, he also said that “no one has ever once in nine-plus years said something negative to [him] about it.”

Once he realized that viewers had truly liked him, he came to terms with his time on the show. When he re-watched his season, he said he was proud of how the show portrayed him. His kindness and generosity paid off in the long run. He advises future “Joe Schmos” to take the show in stride and laugh about it if they can.