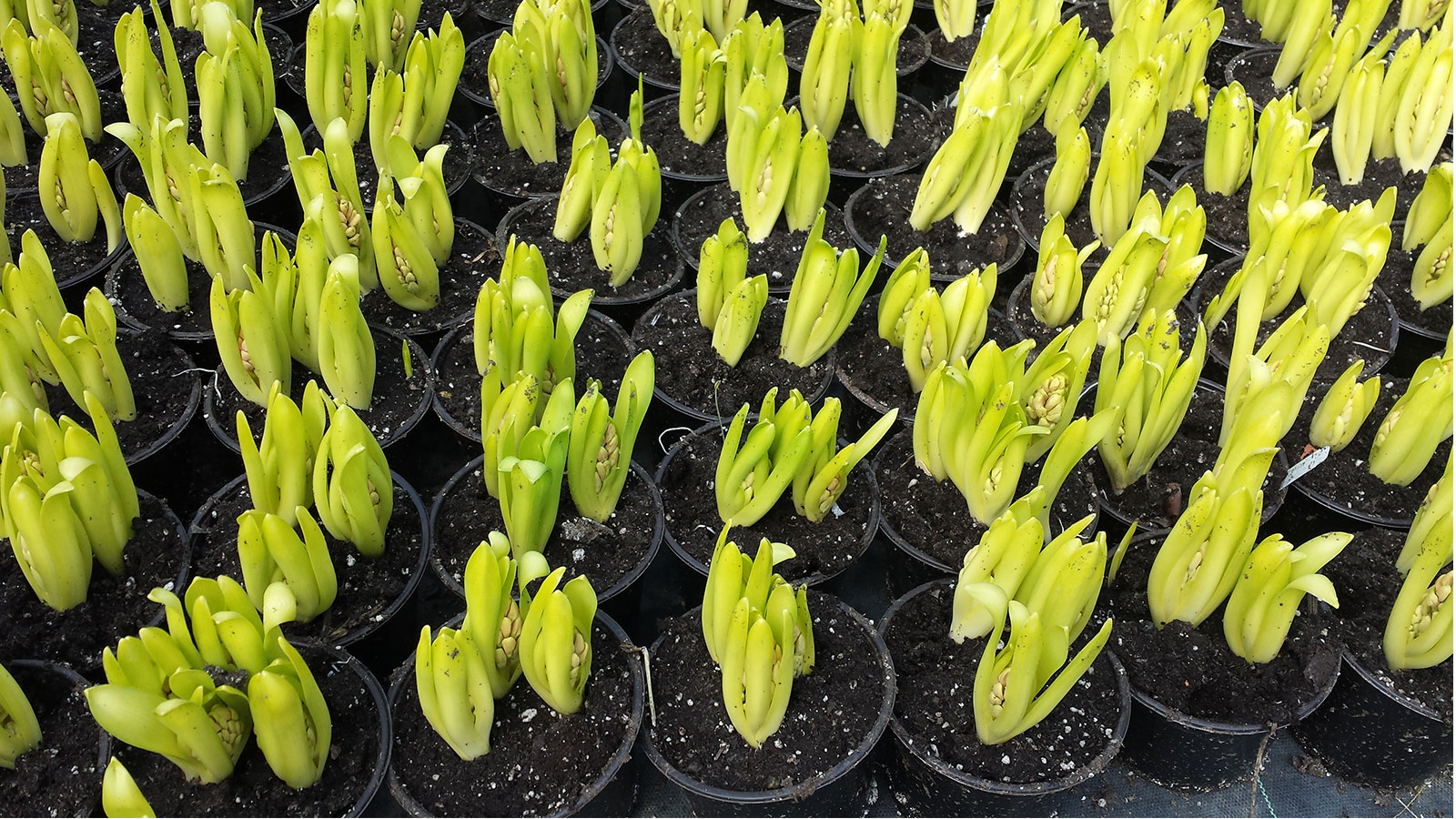 Before starting his company, Pittmoss, Mont Hanley was really into greenhouses. He even purchased one when he was just 12 years old, and it was his first job right out of college. That first job at a local nursery got Mont interested in the environment, and where peat moss came from. He read an article in Sierra magazine which detailed the harsh effects of Peat Moss on the environment. Mont created his first batch of Pittmoss in a food processor, perfecting his recipe. He quit his job, liquidated his retirement fund, and went headlong into the business. Would it work out for Mont on the Shark Tank? Let’s take a look. 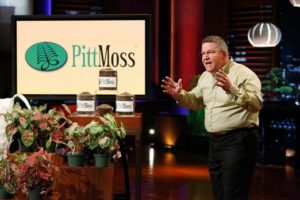 Mont Hanley started his segment with the audition tape for Pittmoss. He showed his storefront in Pittsburgh, Pennsylvania. He said that his product is a replacement for Peet moss, which is an additive that helps plants retain water and grow faster, and is used in nurseries and greenhouses. Mont went on to tell the audience that Peat moss is not environmentally friendly, and has terrible environmental consequences. The places where peat moss grows release as a ton of carbon emissions into the atmosphere. This comprises a whopping 8% of carbon emissions per year. He went on to say the Earth could be in big trouble if the problem is not dealt with.

Hanley went on to say that his product offers an alternative to peat moss that is more environmentally friendly and sustainable. He went on to list the ingredients, telling the audience that PittMoss is made from recycled newspapers, which would otherwise go to landfills. Hanley noted that he felt compelled to succeed, both for himself and the world as a whole. He called it the American Dream.

Mont walked out onto the stage and introduced himself to the to the Sharks. He told them he was from Pittsburgh, and Mark Cuban laughed in recognition. Mont told the Sharks he would like to offer them 25% equity in exchange for an investment of $600,000. He told them that his product, Pittmoss, is a soil alternative that will help make the earth a little greener. He said that it is common to see plants for sale in all venues, from gardening centers to supermarkets. The soil that the plants come with is up to 85% peat moss, which is taken from drained peat bogs. According to Mont, it would help the fight against global warming to leave the peat bogs alone, and use an alternative. This thought spurred the idea for Pittmoss, which is created from recycled paper and a proprietary formula of organic additives.

Mont claimed that Pittmoss was better than the usual stuff in every way. He even brought plants that were grown in Pittmoss for the Sharks to see. The plants did seem to be thriving. Mont asked the Sharks, who wanted to be a “dirty Capitalist” and invest in his peat moss alternative company. Robert wanted to see a sample, and Mont started handing little cups of the stuff out to each of the Sharks. Barbara asked him how the Pittmoss compared to dirt, but Mont said that it was not an equal comparison. She followed up with how it compared to peat moss. Mont answered that peat moss is a high-end product that is normally used by garden stores and nurseries. It cost $2.50 a cubic foot while Pittmoss costs $2 a cubic foot retail. Mont said he made 60% profit on that price. Barbara seemed impressed that it was both much cheaper and also good for the environment.

Mont claimed that he could help farmers save 15% on their running costs since it’s a cheaper and more efficient product. While peat moss tended to have impurities such as larva and pesticides, the Pittmoss is completely sterile, and every batch is the same. Mont said that Pittmoss also retains moisture for longer than standard peat moss, which allows farmers to water their crops half as much. Kevin wanted to know about his sales. Mont said that their sales are not so good. He stated that he built the plant a year ago, after quitting his day job and cashing out his 401Ks as he could not find investors willing to work with him. Mont started off giving the Pittmoss away to potential clients and then got his first sale two months in. He said that he made $22,000 in the last seven months.

Mark and Robert wanted to know why the orders did not keep coming in. Mont stated that he has repeating orders to the tune of $160,000 in sales agreements, but he was unable to meet that need. His little factory was at capacity. Robert asked how much the existing plant can make. Mont answered that it could do 200,000 tons a year, which equated to $60,000 in revenue. Robert asked Mont if he knew going into the business that the building he was building could only product that little product. Mont said that he just built the factory to prove his concept. Kevin asked about the path of resistance to selling the product. He stated that changing purchasing behavior was a big challenge. Mont said that was not something that he experienced. He dealt with growers who had no allegiance to peat moss, and who were willing to give it up. Kevin came up with a hypothetical tomato farmer who was just waiting for Mont to build the new factory, and would have no resistance to switching. Mont claimed that was essentially what it was like, but the tomato farmer would initially grow a small percentage of crops in the Pittmoss first.

Lori asked him if his plan was to service greenhouses, farmers or sell it straight to consumers. Mont said that the scheme was to sell commercially first, and then scale into the consumer market via the starter soil in plants. Lori followed up with asking how he was getting to the greenhouses. Mont said that he provided each potential B2B customer with a 50 cubic foot unit of product to try out. Robert told Mont that his product was creative and asked how he’d come up with the idea. Mont said that he’s been very interested in commercial greenhouses since he was a little kid. He even bought one as a 12-year-old. He got his first job right out of college as a greenhouse attendant.

Mont told the Sharks that he was going to sign a deal with Angel investors that Friday, who were comfortable with the high valuation. Robert asked how much he was raising from them, and Mont said that they were raising $400,000 in convertible notes. Mark asked him how much it would cost to max out the plant. Mont told him that it would cost $120,000, which would bring in a revenue of $1.6 million. Barbara interrupted the flow of conversation, saying that she wanted to clear the field. She stated that he just had $22,000 in sales in seven months. She said that everything else they were talking about it just conjectures, and the true sales figure was the only fact. She went out.

Kevin asked Mont how much of the business he currently owns. Mont told him 70 %. Kevin asked him if he was going to sell out his control of the business simply to finance his potential. Mont didn’t see it that way, but Kevin explained that he would have 49% after the Sharks and the angel investor. Mark asked if Mont would be willing to walk away from the angel investors if he got a deal with the Sharks. Mont considered it, and he said he most likely would. Lori stated that she agreed with Barb, and she was worried that it would take people a long time to switch over from peat moss. Mont tried to stop her, but she barreled through, stating that it was an unproven model. She went out. He thanked her and told the remaining Sharks that Pittmoss was not just a phase. Many governments were taking steps to stop the use of peat moss, and the U.K. had set dates for countries to stop voluntarily using it. Kevin looked like he was about to go off on a rant, but Robert stopped him. Robert wanted to make an offer. He said he did not want to take the full brunt of the $600,00, but would put up $200,000, and was looking for another Shark to join him.

Mark cut in, and said that he was willing to go in with Kevin and Robert for the 35%. Mont stated that it seemed like a great deal, and the four business partners shake hands. In his exit interview, Mont professed his gratitude. He said clearly that the contract opened him up to being able to support himself in the business he loved. He seemed genuinely happy. It was uplifting to see. How successful has he been since making that deal on Shark Tank? Let’s take a look.


Pittmoss Now in 2018 – The After Shark Tank Update 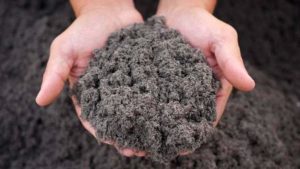 According to Mont, while Robert and Kevin had also gone into the deal on the show, only Mark signed the final investment deal. Mark joined up with Pittsburgh investors to the tune of 1.5 million dollars. It seems like Mark’s dedication to his hometown of Pittsburgh actually caused him to believe in the project. That commitment appears to be paying off. Pittmoss is steadily gaining customers and had a backlog of $600,000 in orders, which, ironically, was his original investment ask from the Sharks. To learn more, just go to their website, or visit their Facebook page.