What Happened to Beetlejuice – 2022 Update 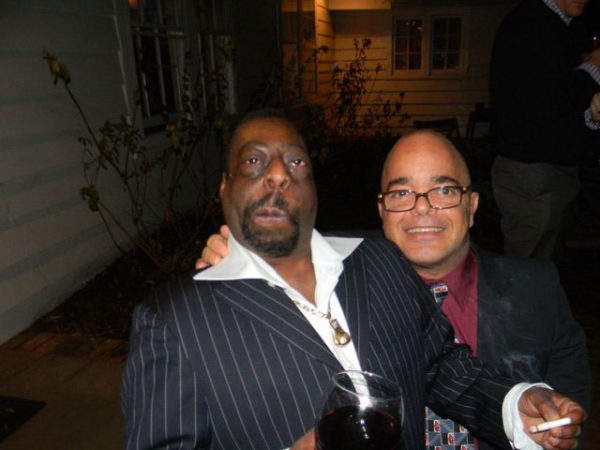 What Happened to Beetlejuice – News & Updates

A dedicated member of Howard Stern’s “Wack Pack” and a regular on the Howard Stern show, Beetlejuice has been the source of both many laughs and many very bizarre moments. Considered the Greatest Wack Packer of all time, it’s not surprising that many fans have occasionally worried that his fate may line up with such peers as Bigfoot, Crackhead Bob, or Eric the Actor. Let’s see what Beetlejuice has been up to in 2016.

The Birth of Beetlejuice

Beetlejuice (often shortened to Beets or Beetle) was born Lester Napoleon Green, to Christopher Palid and Laura Green of Jersey City, New Jersey. At an early age, it was noted that Lester would continue his life with multiple developmental issues, including dwarfism (growing to only 4’3”), microcephaly (having a head much smaller than what would be considered proportional) and his trademark dental issues. As a result of these issues, his first job offer was to join one of his uncles as a member of the Ringling Brothers circus freak show at the age of seven, to which his mother declined, instead opting to have him pursue an education.
Through his school years he was mentioned to be remarkably bright and often helped his special education instructors as an assistant. One of these teachers ended up being the mother of Jerry O’Connell, a fellow entertainment personality who ended up knowing Green at length as a result and mentioned this during a taping of the Howard Stern show.

Beetlejuice’s first taste of fame came from the Howard Stern Show, where he appeared in 2001 as one of many colorful guests to appear on the show. It was during these first appearances that he explained the origin of the nickname he continues to go by. During his time being raised in the Marion Garden Projects in Jersey City, he was picked on as a result of the 1988 film by the same name, as children drew comparisons between his microcephaly and one of the characters in the movie who happened to have their head shrunk. It would come to pass however, that Beelejuice would get the last laugh.

First managed by Sean Rooney (whom he met in a bar) as a nightclub entertainer and comedian, Beetlejuice quickly fit into the dark and raunchy world of Howard Stern after a short stint as a wrestler on the WCW wrestling show. This in turn quickly allowed Beetlejuice to gain the attention of multiple producers and directors who set him into the 2001 movie Bubble Boy as Lil Zip as well as himself in the horror comedy Scary Movie 2.
After garnering a rather large fan base as a result of both the films and his now frequent appearances on the Howard Stern Show, Beetlejuice began doubling down on his raunchy antics and comically aggressive demeanor. He, as many stars before and after him have, decided to venture into the music industry with Rawkus Record’s hip hop group, where he was featured on the cover art and could claim credit for at least three of the songs in their album.

Perhaps as a result of this work in the industry, he was quickly thereafter recruited by performer N.O.R.E. to appear in the 2002 music video for Grimey. N.O.R.E. was not the only rapper to recognize the potential value of someone with Beetlejuice’s personality. In fact, the following year Snoop Dogg invited him to appear on the sketch comedy show, Doggy Fizzle Televizzle . This era of hip hop inclusion ended in his 2005 invitation to voice Zeke in the popular video game, True Crime: New York City.

Between 2005 and 2008, Beetlejuice had a quick hiatus from the film world and mostly maintained himself as a Wack Pack member, raising a little havoc from time to time. However in 2009, Beetlejuice truly became the star he had always hoped to be, having his own reality show called This Is Beetle. While not the biggest of critical darlings, this show did give many fans insight into the life of Beetlejuice and his daily struggles as a result of both his fame and disabilities. Somewhat odd for a Stern production, This Is Beetle showcased quite a few tender moments between himself and his manager who also happened to be his caretaker. That being said, it did keep a common theme of surreal events including but not limited to: taking over a diner, getting into a fight with another dwarf while in a strip club, and a rather off the wall experience at a spa that is perhaps best left to the reader to discover if they so wish. After the wrap up of the final show of This Is Beetle, Beetlejuice was given yet another opportunity to play himself in the 2012 film, Girls Gone Dead.

In 2016, a photo of him became a popular internet meme. The image, which shows him eating while sitting at a table, looking at something out of the frame, was uploaded to his Instagram account, where it quickly gained worldwide attention. It was later reposted on Facebook, YouTube, and Reddit, where it garnered millions of views.

Strangely enough, many began to speculate that he had passed away in 2020. However, it was later revealed to be a hoax.

Fast forward to 2021 and he appeared on The Howard Stern Show for the first time in more than five years. In the show, he revealed that he had located to Georgia with his mother. He also talked about having released a remixed version of his hit song “Beetle in the House”, which featured Sean Paul, Snoop Dogg, and Big Freedia.

In 2019, he also made a brief appearance in the television series Horror Kung-Fu Theatre. Prior to that, his last television appearance was in the documentary True Crime: The Movie, which was released in 2012. However, he did make a cameo in the 2014 film Apartment Troubles starring Jess Weixler, Megan Mullally, and Jennifer Prediger.

More recently in February 2022, his manager launched a non-fungible token (NFT) on the Goldin Auction platform. The winning bidder would receive a rookie card signed by the rapper himself. Not only that, but they would also receive a personal video of Beetlejuice telling his life story. In the end, the NFT sold for $15,000 after more than 20 bids.

For more up-to-date Beetlejuice news, you can follow him on social media. He has more than 2.3 million followers on Instagram (@beetlepimp) and over 456K on Twitter (@beetlepimp). He also has a YouTube channel with over 161K subscribers that’s updated every now and then as well as a TikTok account.