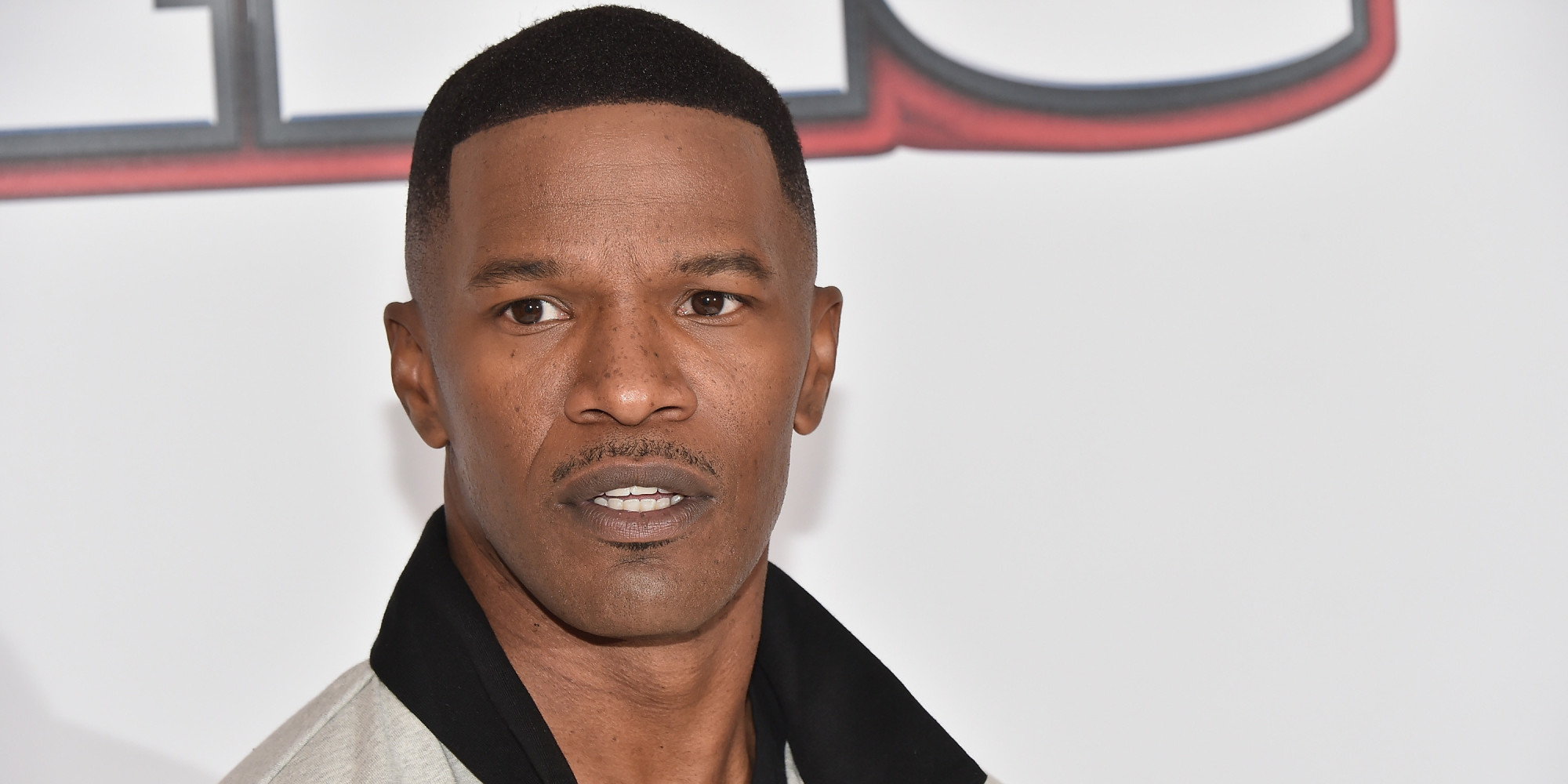 Jamie Foxx is an American entertainer who has proved to be one of the most diversely talented performers in the world. Having made his debut on the big screen in the fantasy film Toys in 1992, Foxx has come a long way since he was a relatively unknown name in the show biz world. A talented actor, he has appeared in numerous films and television series; some of his early acting works include In Living Color (1994), The Truth About Cats & Dogs (1996), Hangin’ with Mr. Cooper (1996) and Any Given Sunday (1999). In 1996, he also got his breakthrough when he played the leading character of his own sitcom series, The Jamie Foxx Show. A couple of notable roles which he’s landed in the 2000’s include Max in the crime thriller, Collateral and Ray Charles in the musical biographical film, Ray; both of which had garnered him numerous awards as an actor.

Besides being known for his outstanding acting, Foxx is also a renowned singer; throughout the years he has released five studio albums and over a dozen singles. A pianist ever since a young age, Foxx always seemed to have had a knack for musical tunes; his debut album entitled, Peep This was released in July 1994. Following a decade long break form recording, he later released his next studio album entitled, Unpredictable in 2005; this chart-topper would ultimately propel the singer into celebrity status in the music industry. Thereafter, he has released three more albums and has embarked on two separate musical toursーThe Unpredictable Tour in 2006 and The Blame It Tour in 2009.

Recognized for his contributions to the show business, Foxx has won copious amounts of awards both for his acting and for his singing. As an actor, he has received three Image Awards, four Black Reel Awards, two Satellite Awards, a MTV Movie Award, and various others. As a singer, he has garnered two Grammy Awards, two Image Awards, three Soul Train Awards, as well as a BET Award; a multiple nominee, Foxx has also been nominated for two American Music Awards, four BET Awards, eight Grammy Awards, four MTV Music Video Awards as well as two Vibe Awards over the years.

What has the superstar that we’ve all grown to admire been up to these days? Where has the legendary actor/singer gone? Where is he now in 2018? What happened to Jamie Foxx? 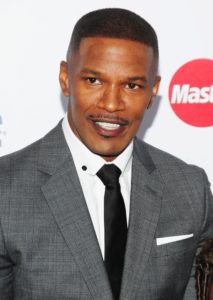 Born on December 13, 1967, in Terrell, Texas, Jamie Fox (Birth name: Eric Marlon Bishop) is the child of Louise Annette Talley Dixon, and Darrel Bishop, the latter of which had worked as a financier. However not long after his birth, he was adopted out and eventually raised by his mother’s parents, Mark Talley and Esther Marie, a yard-worker and a nursery operator respectively. Growing up in the black community of Terrell, Foxx had minimal contact with his biological parents as they did not play a large role in his life.

Having started taking piano lessons at the age of fifteen, it wasn’t long until Foxx became highly proficient at the instrument. As a teen, he worked as a pianist part-time and often made up to a few hundred dollars a month performing at various events in his local town. A natural musician, Foxx soon became the choir leader and musical director at Terrell’s New Hope Baptist Church by the time by he was fifteen. A shining A’s student at Terrell High School, he was also an avid athlete and participated in his school’s football and basketball teams; in fact, he holds the record for being the first student to have passed for over 1000 yards. Carrying his love for music on to university, Foxx went to United States International University under a scholarship, where he majored in composition and classical music. 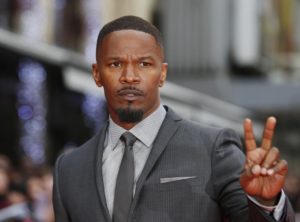 After graduation, Foxx got his first taste of being a comedian after accepting a dare to participate in a comedy club’s open mic event. Not long after that, he was cast in the sketch comedy series, In Loving Color in 1991ーa project which he’d ultimately partake in for three years. Following his debut on the small screen, Foxx landed another role in the 1992 American comedy drama, Roc playing the role of Crazy George, a recurring character which appeared for seven episodes in the show. Around that same time, the budding actor also received his first film role in the fantasy comedy, Toys. Throughout the 1990’s, he continued to be cast in a handful of films and television series including The Truth About Cats & Dogs (1996), The Great White Hype (1996), Hangin’ with Mr. Cooper (1996) and Moesha (1996).

However it wasn’t until he was offered his very own American sitcom, The Jamie Foxx Show, that he had reached mainstream attention as an actor. First premiered in August 1996, the series starred a number of big-name celebrities including Garcelle Beauvais, Christopher B. Duncan, Garrett Morris and Ellia English. Created and produced partly by Foxx himself, the WB sitcom revolved around protagonist Jamie King (played by Foxx), an aspiring musician who moves to Los Angeles in order to pursue a career in the show biz. Praised by viewers and critics, The Jamie Foxx Show won the actor multiple awards and nominations during its time on air including a NAACP Image Award for “Outstanding Lead Actor in a Comedy Series.” After a total of 100 episodes over six years, the comedy series eventually ended in January 2001.

In 1991, Foxx was cast as a supporting character in the American sports film, Any Given Sunday. Directed by Oliver Stone, the film told the story of a fictional professional football team called The Miami Sharks; it featured an ensemble cast including Cameron Diaz, Dennis Quaid, James Woods, John C. McGinley, Lauren Holly and Al Pacino. In the film, Foxx portrayed the role of Willie Beamen, a third string quarterback that has a past which leads him not to place too much trust in his coaches. Hailed as Oliver Stone’s “best movie in many years”, Any Given Sunday was met with generally favourable reviews upon its release in theatres. For his role, Foxx received three nominationsーone for a Black Reel Award for Best Supporting Actor, one from the New York Film Critics Circle for Best Supporting actor and a third from MTV Movie Awards for Best Breakthrough Performance.

Over the next few years after the new millennium, Foxx took part in a handful of movies such as Bait (2000), Ali (2001), Shade (2003) and Breakin’ All the Rules (2004). But it wasn’t until the summer of 2004 that he landed his next major role in the neo-noir chrome thriller, Collateral playing the role of a taxi driver, opposite of actor Tom Cruise. Written by Stuart Beattle, the film told the story of Max Durocher, a cab driver who ultimately finds himself as the hostage of a contract killer. Critically acclaimed, the movie garnered Fox multiple praises and eventually earned him an Academy Award nomination for the category of “Best Supporting Actor,” amongst countless other titles. 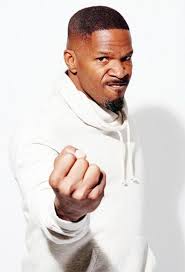 While he paved his way into stardom as an actor throughout the years, Foxx also became an accomplished musician. In July 1994, he released his debut album entitled, Peep This. Featuring thirteen tracks, all of which were co-written by the artist himself, the album peaked at number seventy-eight on the Billboard 200 Chart. Although Peep This did not perform as ideally as Foxx’d hoped in terms of sales, it would be significant in marking his first step into the music industry.

A little over a decade later, Foxx released his second full-length album, Unpredictable in December 2005. As the follow-up to Peep This, the album included fifteen songs; four of which were later released as singles. Despite having received mediocre reviews from critics initially upon its release, Unpredictable debuted at number two and soon sold over 597,000 copies during the first week; it would later top the chart during the second weekーmaking Foxx one of only four artists to have ever won an Academy Award while simultaneously achieving a number one ranking album. Regarded as one of his most successful records, Unpredictable has since been certified 2x Platinum by the RIAA after having sold over 2 million copies in the US.

In December 2008, Foxx released his third studio-album entitled, Intuition. A commercial success, the album peaked at number three on the US Billboard 200 Chart and at number one on the Top R&B Albums Chart.   Selling over 265,000 units during its initial week of release, a tour branded the, The Blame It Tour was later kicked off in July that year in support of the album. Since then, Foxx has released two more albumsーBest Night of My Life (2010) and Hollywood: A Story of a Dozen Roses (2015). 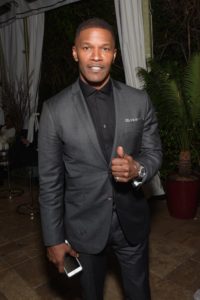 In the news, headlines have recently been made regarding Foxx’s secret wedding with long-time girlfriend, Katie Holmes in a private ceremony in Hawaii. Although the two had never publicly acknowledged their relationship, there seemed to have been been tell tale signs as they were often spotted spending time together, attending concerts and going on dinner dates. According to sources, the wedding took place at Hanalei Bay in Kauai and saw 175 guests including a few of the couple’s celebrity friends. While many have speculated on the reason behind the couple’s decision to keep the relationship a secret, chances are we may never discover the truth.

Behind the cameras, Foxx is currently busy filming for an upcoming drama thriller film called Sleepless. A remake of the earlier French thriller, Nuit Blanche, the movie will star Foxx and T.I. in the leading roles. Directed by Baran bo Odar, the movie will tell the story of a police detective with links to the criminal world, who finds himself in danger of having his secret life exposed after being caught taking cocaine from a controlling drug lord. Still in production, Sleepless is currently set to be released in theatres on February 24, 2017.

Looking to stay connected with the all-talented star? You’ll be glad to know that you can do so by following Jamie Foxx on social mediaーnot only will you find him tweeting away on Twitter (@iamjamiefoxx) but you can also find the actor and singer on Instagram (@iamjamiefoxx). Don’t forget to also check out his official website at Jamiefoxxmusic.com for the latest information on the celeb!