What Happened to Mario? The Singer Now in 2018 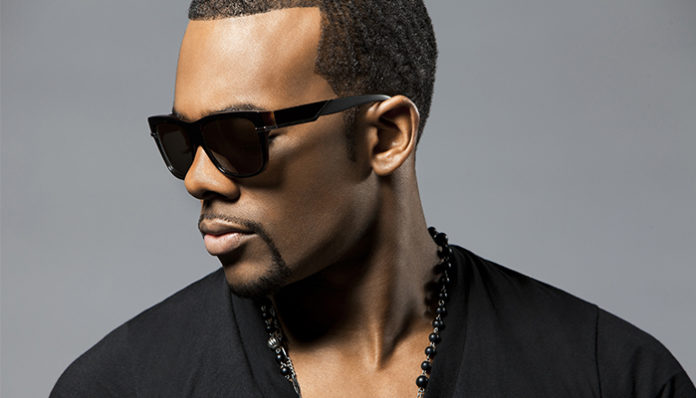 American R&B artist, Mario is best known amongst fans for his hits Let Me Love You and Just a Friend. Brought up in a music loving home, Mario had his eyes set on becoming a singer ever since he was four years old. Wanting to further his musical knowledge, he eventually took up piano and joined a vocal group at Milford Mill Academy, where he was a student; it didn’t take long for the aspiring vocalist to begin writing his own songs. Gifted in songwriting, his talents did not go unnoticedーMario soon began to garner the attention of music producers after performing at a local talent show. When he was fourteen, he signed a recording deal with Clive Davis’ J Records, after having received encouragement from his music instructor at school to pursue his dreams.

A couple of years after securing the contract, Mario released his eponymous debut album, Mario in 2002. Since his entrance into the music scene, the singer has recorded four studio albums, seventeen singles and over a dozen music videosーmost of which ended up charting in the United States. Despite his young age, Mario has been quite successful in making a name for himself as a recording artist. In 2005, he received his first awards for his hit single, Let Me Love You; for his work on the song, he was given two Billboard Music Awardsーone for “Top R&B Song” and another for “R&B Singles Airplay Track of the Year.” The following year, he garnered two Grammy Award nominations for the categories of “Best Male R&B Vocal Performance” and “Best Contemporary R&B Album” In 2010, Mario was also nominated for a Kids’ Choice Award for “Favourite Male Singer”ーaltogether, he has received over twenty nominations as a R&B artist.

Not only has he achieved multiple music hits at the age of thirty, but he has also made his mark on television as well. Although not a full-time actor, Mario has appeared in several TV series over the yearsーhis debut being in that of the 2003 comedy, One on One. Some of his other acting credits include that of the shows Freedom Writers (2007), Destination Fame (2012) and Love That Girl! (2014). At the age of twenty, he also starred in the dance-themed film, Step Up alongside actors Jenna Dewan and Channing Tatum. In terms of reality shows, the singer was also a contestant on the ABC dance competition, Dancing with the Stars in 2008. Although he showcased a few promising dance moves during the initial half of the show however, he was eventually eliminated during the eighth weekーputting him in fifth place.

That’s all good and fine, but what has the Baltimore-native been up to since then? What new projects does he have up his sleeve for us fans? What happened to Mario? Where is he now in 2018?

Mario’s Upbringing and Early Dreams of Becoming a Music Artist 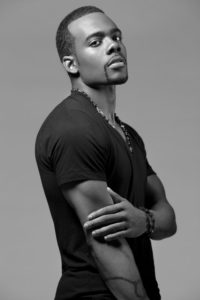 Born on August 27, 1986, in Baltimore, Maryland, Mario Dewar Barret is the son of Shawn Hardaway; he has two brothers and was never in contact with his biological father growing up. Encouraged by his mother, Mario started to sing at the age of four; some of his major musical influences as a young boy included Marvin Gaye, Stevie Wonder, Nat King Cole, Michael Jackson and Brian McKnight. However due to the fact that his mother was experiencing substance abuse issues during his childhood, he was raised majorly by his grandmotherーhe was never especially close to his mother despite their shared love of music. With his eyes set on becoming a star, he learnt how to play the piano and continued to sing and perform at local talent competitions throughout his school days. When he was eleven years old, he was eventually approached by a music manager after a performance of I’ll Make Love to You by Boyz II Men at a talent show; the manager Troy Patterson, soon signed with Mario and became somewhat of a surrogate parent to the young boy.

At the time, Mario was also a student at Milford Mill Academy; it was there that he found support in the form of his music teacher, who inspired him to ultimately pursue his dreams of becoming a musician. Carrying on with his singing over the next few years, he soon caught the attention of Clive Davis, a legendary music executive who was known for having discovered multiple talents in the past such as Whitney Houston, Billy Joel and Bruce Springsteen. The two eventually met, and moved by the young man’s vocal performance, Davis almost immediately offered Mario a recording deal with his label, J Records. Before he began to work on his debut album however, he gave a breathtaking performance at the Grammy Party singing a rendition of Stevie Wonder’s, You and I.

Mario’s Career as a Recording Artist in the 2000’s 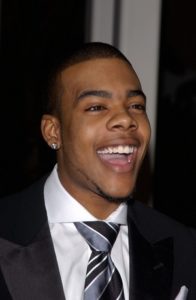 Mario started to work on his first studio album in the summer of 2001; it was eventually released the following spring in March 2002. Released when the artist was fifteen, the eponymous album Mario was positively received and debuted at number nine on the US Billboard 200 Chart. Selling over 96,000 copies within the initial week of release, the album was produced by a collaboration of different music figures such as Clive Davis, Peter Edge and Troy Patterson. Featuring eleven R&B tracks, some of the disc’s highlights include the songs Just a Friend 2002, Braid My Hair and C’Monーall of which were later released as singles. In order to promote his debut work, Mario opened for Bow Wow’s tour in 2002 and performed a number of supporting acts for various artists in 2003. Given a three star rating overall from Allmusic, Mario has since sold 500,000 copies in the United States, making it his first Gold Certified record.

Wanting his next album to contain more mature sounds, he enlisted the help of several well know producers in the industry such as Lil’ Jon and Scott Storch. Entitled Turning Point, his second studio album was eventually released in December 2004ーtwo years after his first. More successful that his debut, it entered the US Billboard 200 at number thirteen and quickly sold over 161,000 copies during the first weekーalmost double the amount of sales as Mario. Praised by critics, the thirteen-track Turning Point later found its way up to the second position on the Top R&B Albums Chart; it also charted in multiple other countries including Ireland, Australia, France and New Zealand. Presented with a favourable “B-” rating from Entertainment weekly, the album also earned Mario his first Grammy Award nomination the next year for “Best Contemporary R&B Album.” A commercial success, it saw the release of four singles, including the hit Let Me Love Youーwhich later went on to peak at number one on both the Billboard Hot 100 and the Hot R&B Songs Charts in the United States. Having sold over one million copies within the country, the Platinum certified Turning Point remains to be Mario’s best-selling album to date.

His third full-length album, Go was released in December 2007. Dedicated to his mother, the album was also the artist’s first to receive a parental advisory sticker in the US. Featuring more hip hop-oriented sounds compared to his earlier albums, it included twelve songs which were produced and written by a team consisting of The Neptunes, Timbaland, Akon, Stargate, and a few others. Hailed to be “the singer’s strongest release yet” by critics at Allmusic, Go received positive reviews all around and debuted at number twenty one on the US Billboard 200 Chart, selling close to 78,000 copies during the first week. Although its sales did not surpass that of Turning Point, it did manage to reach number four on the Top R&B and Hip Hop Chart a few weeks after its release. Eventually spawning four separate singles, the album has sold over 331,000 units as of January 2009.

First announced towards the end of 2007, Mario’s fourth studio album D.N.A. was released in stores in October 2009. Similar to his preceding works, the album involved a wide range of songwriters and producers on his team; the artist himself also played a part in its production. Described by Mario to be his “most personal and colossal album of his career”, D.N.A. showcased twelve different tracksーone of which (e.g. Emergency Room) was leaked onto the internet a year prior in 2008. Although the album was originally planned to be released under the title, And Then There Was Me, it was eventually changed to D.N.A., a decision that was influenced mostly by Mario’s musical changes since Go. Met with generally positive reviews, the album entered the Billboard 200 at number nine and at number two on the US Top R&B Albums Chart; it later also peaked at number nineteen and number twenty-six on the UK Top R&B Albums and ARIA Top 40 Urban Album Charts respectively. Although it did not garner as many sales, having only sold 32,000 copies, its lead single, Break Up ended up taking home the number two position on the Hot R&B Singles Chart.

At the beginning of the 2010’s, the artist recorded an entire album, tentatively entitled Restoration for release, unbeknownst to his fansーhowever it was ultimately cancelled and scrapped. During a subsequent performance in 2013, Mario explained that he had abandoned the album as he “did not feel [that] it was part of his career plan.” 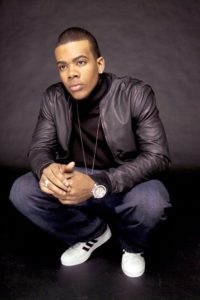 In June 2016, Mario made the highly anticipated announcement that a new and fifth studio album was under ways. In an interview conducted this summer, the R&B singer admitted that unlike his previous works, it will contain much “darker undertones”. His first full-length album in seven years (since D.N.A. back in 2009), its lead single I Need More was recently released this May and premiered on the Zane Lowe’s Beat 1 radio show. Although Mario hasn’t shared with us its official release date as of yet, we do know that it will be distributed under his new independent recording label, New Citizen LLC.

Although he’s been pretty occupied with the preparations for his new album, Mario has managed to take time out of his busy schedule to perform for his fans. This spring, the R&B star hit the road and took his music over to Australia, where he held two exclusive concert shows in both Brisbane and Sydney. Part of his 2016 Australia tour, the events took place on March 24, 2016 and March 26, 2016 at the Hot Gossip Nightclub and at Hotel Chambers respectively.

If you’re a fan who’d like to stay connected with Mario, why not follow the R&B star on social media? The singer has a strong online presence and can be found on Twitter under the username @ohyesmario as well as on Instagram under the handle @marioworldwide. Be sure to also check out his official Facebook page (@mario) for some of the latest news on the Platinum recording artist!