What Happened to Raven Symone? What’s She Doing Now 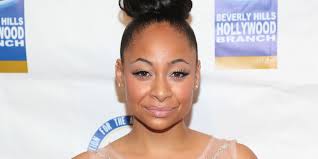 Raven Symone is an American entertainer who is best known for portraying the role of Raven Baxter in That’s So Raven as a child actress. Having appeared in a number of advertisements as a model during her early years, she eventually made her debut on the small screen when she starred in the NBC sitcom, The Cosby Show at the age of four in 1989. Some of her other early works on television include A Different World (1989)Alex Haley’s Queen (1993). Around the same time, she also starred in many television films. Since her humble beginnings as a young actress, Symone has starred in dozens of television series and movies.

On top of being a celebrity actress, Symone is also an accomplished singer and has released multiple studio albums over the years. She started her professional singing career at the age of seven, when she signed a recording contract with MCA Records. After taking a years worth of vocal lessons, Symone released her debut album entitled, Here’s to New Dreams in June 1993. While continuing on with her work as an actress, she continued to record and release new albums throughout the 1990’s and 2000’s; her other full-length albums include Undeniable (1999), This Is My Time (2004), and Raven-Symone (2008). In addition to her solo records, she has also contributed to a handful of soundtrack albums including those for The Cheetah Girls and That’s So Raven.

Undoubtedly one of the most multi-talented entertainers in the country, Symone has been on the receiving side of numerous awards throughout her careerーboth for her singing and her acting.

So what has the American actress/singer been up to these past few years? What new projects have she taken on? Where is she now in 2018? What happened to Raven Symone? 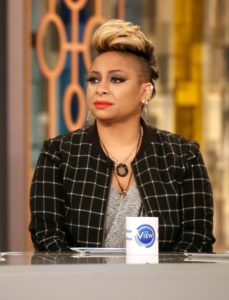 Born on December 10, 1985, in Atlanta, Georgia, Raven Symone Christina is the daughter of Christopher Pearman and Lydia Symone; she has a younger brother named Blaize. Growing up, Symone made her first step into the show business when she was only two years old, having appeared in various printed advertisements such as those for Cool Whip and Jell-O; she eventually signed on as a child model for Ford Models, a modelling agency based in New York City. When she was three, she moved with her family from her home city of Atlanta to Ossining, New York, where she went to Park School.

Towards the end of the 1980’s, Symone auditioned for a role in the Bill Cosby comedy film, Ghost Dad. Although Cosby had taken a liking to the young actress, he believed that she was too young at the time, leading him to offer the part to another individual. However despite this, he would eventually find a place for her on his American sitcom, The Cosby Show as her step granddaughter, Olivia Kendallーit also marked Symone’s first time starring on television. Her character made her debut at the start of the show’s six season and ultimately remained on screen until the show’s finale in April 1992. 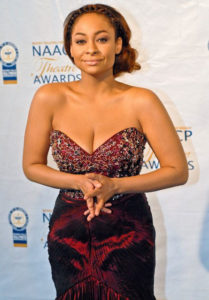 It wasn’t until three years after the new millennium, that she landed her next breakthrough role as an actress in the Disney sitcom, That’s So Raven. Set in the city of San Francisco, the teen series revolved around a teen named Raven Baxter (played by Symone), who has the ability to see psychic visions when caught in tough situations. Other members of the cast include Orlando Brown, Kyle Massey, Anneliese van der Pol and Rondell Sheridan.

Having garnered over 3.5 million audience members for the series premiere, the show was a huge hit and eventually received two Emmy Award nominations in 2005 and 2007. For her part in That’s So Raven, Symone also won countless awards including a NAACP Image Award for “Outstanding Performance in a Youth Program”, a Kid’s Choice Award for “Favourite Television Actress,” as well as a Young Artist Award for “Outstanding Young Performer in a TV Series.”

The next few years, Symone appeared in a variety of films and shows such as Fillmore! (2004), The Suite Life of Zack & Cody (2007). It wouldn’t be until 2011 that the actress would land another lead role in the sitcom, State of Georgia. 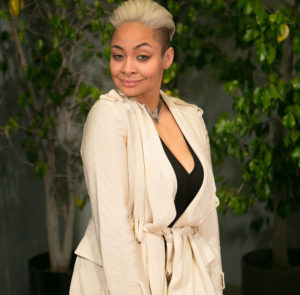 All while she was carrying on with her career as an actress, Symone also recorded a handful of studio albums as a singer. Having signed a recording deal with MCA Records when she was five years old, Symone was the youngest musician to have ever signed to a recording label. At the age of eight, she released her debut album entitled Here’s to New Dreams in June 1993 under MCA Records.

Recorded after taking a year of voice lessons, the album included ten tracks, one of which was the title track, That’s What Little Girls Are Made Of, which also featured Missy Elliot. Despite being met with mediocre reviews, Here’s to New Dreams eventually charted at number 67 on the ARIA Charts in Australia and at number 98 on the Media Control Charts in Germany. As of 2007, it has sold approximately 73,000 units.

Six years after her first album, Symone released her next record, Undeniable in May 1999. Featuring mostly kid-rap, the album was produced in part under RayBlaize Records, a recording label which she had co-founded with her father in 1996, after being dropped from MCA. Consisting of thirteen songs on the track list, the album was only given a very limited release during the late 90’s, causing it to have increased in rarity. Despite having promoted Undeniable through an opening act in an N’Sync Tour, the album ultimately performed less ideally compared to her first, having only sold a total of 2000 copies since its release.

In 2004, the singer released her best-selling album to date, This Is My Time in September 2004. Her first record under Hollywood Records, the album debuted at number fifty one on the Billboard 200 Chart and quickly sold over 19,000 units during the initial week of releaseーa personal best for Symone. Noted for its heavy pop sounds compared to her earlier works, This Is My Time was the artist’s first album to reach the American charts. It later peaked at number fifty on the Top R&B and Hip Hop Chart and spawned three singles: Grazing in the Grass, Backflip and Bump. In support of the album, Symone also embarked on her very first concert tour, Raven in Concert which kick offed in May 2006 and eventually ended in October 2006 after a total of 39 shows. Up until now, it has sold over 235,000 copies in the US.

Symone released her fourth eponymous album, Raven-Symone in April 2008. Her last record with Hollywood Records, the album was produced in collaboration with Sean Garrett, The Clutch as well as Eric Hudson. Designed to be “a party album,” Raven-Symone consisted of thirteen tracks, including the eventual hit singles, Double Dutch Bus and Anti-Love Song. Given generally positive reviews from critics, the album debuted at number 159 on the US Billboard 200 and sold around 4,400 units in the first week. As of 2007, the sales amount has increased to approximately 100,000 copies, making it the singer’s second most commercially successful album. 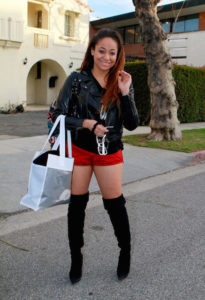 Although Symone hasn’t released an album since 2008, she surprised fans a little while ago by uploading two new tunes onto her online SoundCloud account. For those who may be a little unfamiliar with SoundCloud, it is an online platform that allows users to upload their originally recorded musicーwhich can then be easily shared and promoted. The first of the singer’s new tracks was, Cruise Control. The second which she has uploaded is entitled, Sarafinaーone that is more layered and experimental for Symone. Since they were posted onto the site, they have received over 80,000 views combined!

Most fans are familiar with Symone’s role on the American talk show, The View. After joining the show for many episodes as a guest host, she was promoted to a regular in May 2015, as a replacement for Rosie O’Donnell. However despite this, recent headlines have been focusing on the artist’s impending departure on the show. While the reason behind the purge, so to speak, has never been openly explained, it has been speculated to be a result from the many controversies that had seemingly sparked over her course on the show; at one point, thousands of viewers had even signed a petition wanting her to exit from The View. Although the final verdict on her leave has still not been confirmed.

If you’d like to stay connected with the artist of That’s so Raven fame, you can do so by following her on social mediaーshe’s typically active on her Twitter (@ravensymone) as well as her Instagram @ravensymone). Another good place to check out is her official Facebook page!