Tony Toutouni Net Worth – How Rich is Lunatic Living From Instagram 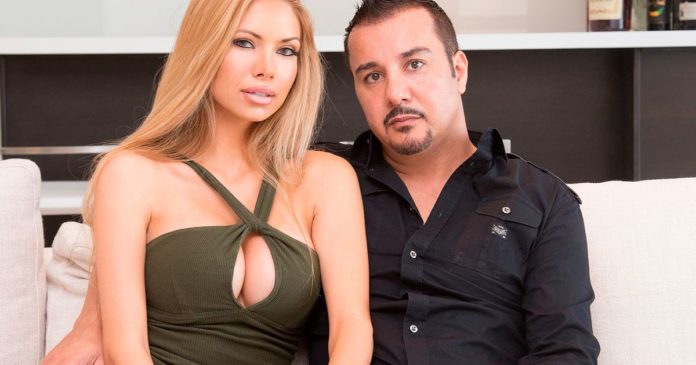 Tony Toutouni is a controversial figure in popular culture. His Instagram account, Lunatic Living, has earned him the title of “The King of Instagram.” He has claimed on several occasions to be a billionaire, but is he really? The numbers don’t lie – but it appears that Tony embellished just a smidge. Let’s take a look at this fascinating and contentious man.

How Did Tony Toutouni of Lunatic Living make their money & wealth 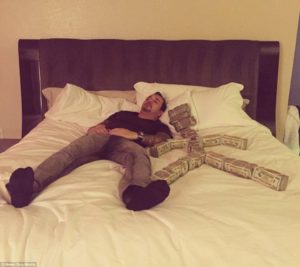 Tony Toutouni likes to display his wealth, but how did he earn it? Tony had humble beginnings as a retail car audio salesman. He quickly grew tired of his lot in life, and his quit his job and started his entrepreneurial journey. Tony purchased his first nightclub at the young age of 19. From there, he began purchasing more nightclubs, as well as bars, restaurants, and car dealerships. Once he starts turning a profit, he sells it for more than he bought it for. He uses that money to buy a bunch of private jets, vintages cars, large quantities of alcohol, and boob jobs for his fans and groupies. He claims to be a billionaire, but just how rich is he? Sources say that he has a much lower net worth of $75 million, but that figure might not be counting the money he has tied up in businesses, cars, and property.

Not much is known about this man except what he shares on his instagram and Snapchat accounts. Some sources say he was born in L.A., others claim that he was born in Iran, and came to America as a child. All this just adds to his mystery, and inspires both admiration and hatred. Some critics on social media sites like Reddit have accused him of using shady means to make his millions, like using his businesses to funnel drugs or drug money ala Breaking Bad. Others say that his story is an inspiring rags to riches story of entrepreneurship for frat boys everywhere. 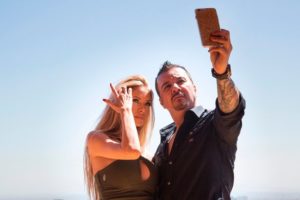 Tony is a bit of a lady’s man, to put it lightly. Lunatic Living is littered with photos of him with half naked women. So it is a little surprising that he will soon be settling down with Juliann Nicole, who is 17 years his junior. Having a fiance famous for his wild parties and sexual conquest is enough to give anyone trust issues, but Nicole has given Tony her full support.

Tony earns an impressive $6.5 million a year. This boils down to cool $540,000 a month, $135,000 a week, and $19,200 per day. To put that in perspective, Tony earns per day what people making minimum wage in the United States would have to put in overtime to make per year. Tony is not ashamed to show off his love of his cash, and what it has bought him. From yachts, private jets, and giant stacks of cash, his Instagram account features it all. In addition to purchasing expensive luxury items, and funding lavish parties, Tony likes to get creative with his money, often featuring it in his Instagram photos. His money is put to work, whether it’s made up like a person sleeping next to him, spread around on the floor for his models to crawl on, or simply spread out on the table for the world to see.

It’s easy to see how Tony has stirred up so much controversy. His Instagram page is flashy, materialistic, and some accuse him of objectifying women. This is an easy accusation to make – many pictures feature Tony literally using women like object. One of the most infamous photos has Tony leading three scantily clad women onto a jet on leashes. Yet another shows a lady in a thong being used as a table for a vase, complete with the caption “Feminists keep upsetting me, I have plenty of room to buy more table stands.” Some of the images are downright pornagraphic – there are several videos of women simulating sex acts, or performing them right off screen. It seems like Tony invites the controversy – he punctuates many of his photos with his middle finger, which is rumored to be be insured for millions of dollars.

Tony posts even more risque content to his Snapchat stories, to the point where he is routinely banned. Snapchat has a strict no-nudity policy, and Tony is in frequent violation of that policy. He always seems to get the account reinstated though, so you can follow him there at @lunaticliving, or on his Instagram. I would not recommend viewing either of these sites at work, or near your grandparents. 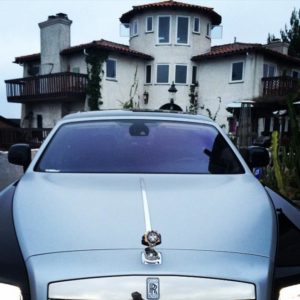 Tony Toutouni lives in L.A. in a well kept mansion that he fills with beautiful women, bulters, poker tables and very fancy cars. Other Instagram pictures show that he has a large saltwater aquarium, a rooftop jacuzzi, a jukebox, and some interesting abstract art. 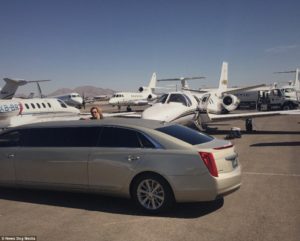 Tony has a wide selection of vehicles, ranging from multiple private jets to custom motorcycles. Toutouni has a special place in his heart for high performance cars such as Ferrari and Porche. Looking through his photos, you can tell that he also has a fondness for vintage cars.

Despite what his lavish lifestyle would have you believe, Tony Toutouni is also a generous man. In 2013, he donated $150,000 to a charity called William Holdings National Kids Stay Safe Program. The money was used to open a few martial arts studios across Southern California, where underprivileged children could learn Karate free of charge. This cause is close to Tony’s heart – he holds a black belt in Kempo, and Karate.

More recently, Tony personally handed out ten pallets of toys to over 200 underprivileged kids in the rough neighborhoods of L.A.. This occurred over Christmas of 2015. Of course, Tony doesn’t only care about the needy children of Sourthern California. He also cares deeply about an often overlooked demographics – such as a virgin with the world’s smallest penis, or women with small breasts. Tony also generously “donated” three of his groupies to a US Marine to take to the MCAS MIRAMAR formal ball in San Diego.