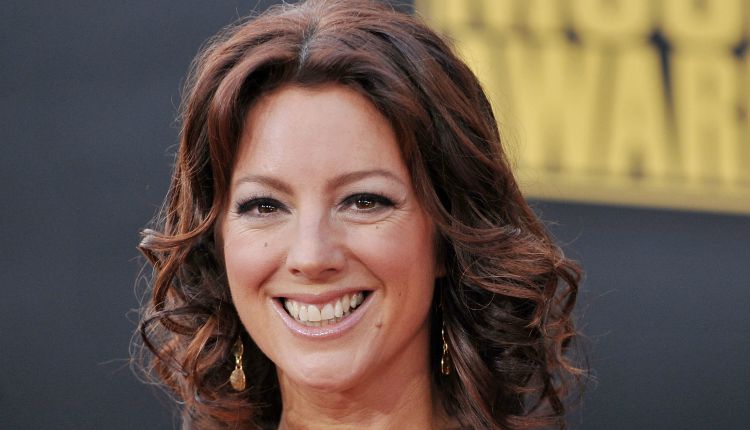 Sarah McLachlan is a Canadian musician best known for her heart-rending ballads and impressive mezzo-soprano vocal range. Gifted in music, Sarah first began taking voice lessons as a young girl along with both guitar and piano during her early childhood. After founding and briefly performing with her band, The October Game as a teen, she eventually relocated to Vancouver in order pursue a professional music career. Chasing her dream of becoming a musician, she later landed released her first studio album, Touch at the age of twenty in 1988. A huge success, she would continue to record a number of albums throughout the 90’s including Solace (1991), Fumbling Towards Ecstasy (1993) and Surfacing (1997). As of 2009, Sarah has sold over 40,000,000 records across the globe.

Considered by many to be one of the most talented music artists in the world, Sarah has received countless accolades over the years. She has won nine Juno Awards, three Grammy Awards, three Much Music Video Awards and one Billboard Music Award. On top of those, she has also been given the Elizabeth Cady Stanton Visionary Award in the 1998 for helping to advance the careers of women in music. In addition to those that she’d won, she has also garnered a number of nominations throughout her career including thirteen for the Grammy and twenty-six for the Juno Awards. Having topped the Canadian Albums Chart three times, Sarah was also inducted into Canada’s Wall of Fame in 2012. In 2010, she was also a performer at the 2010 Winter Olympics Opening Ceremony in Vancouver, having sang, Ordinary Miracle.

No stranger to the stage, Sarah has made numerous public performances since she first debut as a music artist, many of which were also broadcast on television. She has appeared in a variety of American talk-shows both as a guest and a performer, including Saturday Night Live (1997), Late Show with David Letterman (2010), Late Night with Jimmy Fallon (2010), The Late Late Show with Craig Ferguson (2010), The Tonight Show with Jay Leno (2012), The Tonight Show Starring Jimmy Fallon (2014), amongst several others. In addition to her personal recordings, she has also lent her singing voice to the character of Jessie in the Pixar animated film, Toy Story 2; the song, When She Loved Me later received a nomination for an Academy Award for “Best Song” in 2000.

But what has the accomplished singer-songwriter been up to since? What has she been doing these past months? What Happened to Sarah McLachlan? Where is she now in 2018? 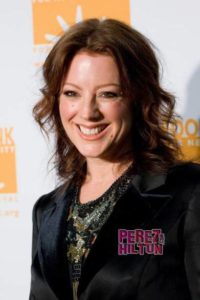 Born on January 28, 1968 in Halifax, Nova Scotia, Sarah Ann McLachlan is the adopted daughter of Dorice and Jack McLachlan. As a child, she was relatively shy and spent most of her childhood living a relatively sequestered life with her parents in the eastern coast of Canada. Recognized for her natural singing talents, Sarah first took voice lessons at the age of seven, and eventually also took up both guitar and piano. Growing up, she often listened to various folk-rock music artists such as Cat Stevens, Simon and Garfunklel and Joan Baez. During her teens, Sarah worked part-time at local restaurants and later founded a rock band called The October Game; the group would go on to perform briefly in her city before being disbanded. Known for being musical, she was predicted by her fellow classmates to “be destined to become a famous rock-star” in her high school yearbook.

After a concert held at Dalhousie University with the band, Sarah was offered a recording deal with an independent record label called Nettwerk, which was based in Vancouver. However emphasizing education, her parents ultimately insisted for her to finish her schooling before relocating to the west coast to pursue a career in music. Respecting their wishes, Sarah eventually moved to Vancouver after graduating and completing a year at the Nova Scotia College of Art and Design; shortly afterwards, she signed with Nettwerk. 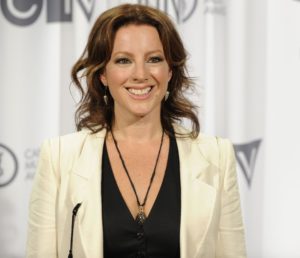 Following the move from her home province of Nova Scotia to Vancouver, Sarah recorded her first studio album entitled, Touch in October 1988. Consisting of ten tracks, all of which were written by the singer herself, the album earned her a bit of fame in some alternative rock circles but was ultimately not considered to be a commercial hit upon its release. A later version of Touch later hit the stores in 1988 under her new recording label, Arista Records with the addition of a few extra remixed songs. However despite Touch being her first professional record, it would not be until 1991 that Sarah would receive widespread acclaim as a music artist.

In June 1991, the aspiring singer released her second studio album, Solace in her home country of Canada. Featuring ten songs, the album peaked at number twenty-one on the Canadian Albums Chart and was later certified double platinum by the RIAA for having sold over 200,000 copies. After its initial release, Solace was made available in the United States in January 1992, where it later peaked at number 176 on the U.S. Billboard 200 Chart; it has since received gold certification for over 500,000 sales in the United States. However while the album played a large role in helping to propel her to star status in Canada, it wouldn’t be until her next album that she’d garner international success.

Sarah released her third studio album entitled, Fumbling Towards Ecstasy in Canada in October 1993; it was later released in the U.S. in February 1994. Composed of thirteen songs, one of which was a hidden track, the album was met with critical acclaim in her northern home country, having climbed its way up to the number five position on the Canadian Albums Chartーit has since received 5x platinum status. Upon its release towards the south, Fumbling Towards Ecstasy reached number 50 on the U.S. Billboard 200 Chart, where was later certified to be triple platinum by the RIAA after having sold over three million copies. A steady seller, the album is considered to be Sarah’s breakthrough record outside of Canada and has helped to gain the music artist much fame, especially in the United States.

Rising in prominence, Sarah released her last studio album of the 90’s, Surfacing in July 1997. Produced by her frequent collaborator, Canadian song-writer Pierre Marchand, the album was a commercial hit internationally and soon reached number one on the Canadian RPM 100 Albums and number two on the U.S. Billboard 200 Chart; it also charted in a handful of other countries including New Zealand, Australia and Germany. Praised for her stunning soprano voice, Surfacing would go on to win Sarah four Juno awards including one for “Album of the Year.” Two singles from the albumーBuilding a Mystery and Last Dance would also earn the singer two Grammy Awards for “Best Female Pop Vocal Performance” and “Best Pop Instrumental Performance.” 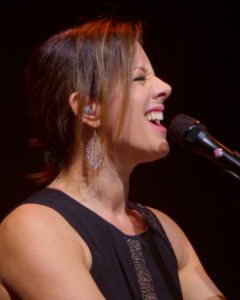 After a six year hiatus from recording (which was spent starting a family), Sarah released her fifth studio album Afterglow in November 2003. As her first album in six years, Afterglow contained ten tracks, all of which were written in her family homeーa contrast compared to her previous works which were all written at an isolated cottage. In addition, it also featured mainly piano pieces instead of her usual guitar tunes. Another major hit for Sarah, the album topped the charts in Canada and quickly sold over 5,000,000 copies earning it 5x platinum status in her native country. It was also met with similar success in the United States, where it peaked at number two on the Billboard 200 Chart and was certified double platinum after having sold over 2,500,000 copies. One of the singles from the album, Answer has also been featured in the 2007 psychological thriller film, The Brave.

It wouldn’t be until 2010 that Sarah would release her seventh studio album (her sixth being that of a Christmas record). Entitled Laws of Illusion, the album was recorded between 2008 to 2010 in Vancouver and Montreal, and was released in June 2010. Praised for its arrangement and lovelorn lyrics, the album debuted at the number two position on the Top Albums Chart in Canada and sold over 22,000 units during the first week. Even more of a success in the United States, it debuted at the number three position and sold over 94,000 copies during the first week. Laws of Illusion would also debut at number two on the Australian Charts, making it her highest-charting record to date there.

Four years later, the singer announced the release of her eight studio album, Shine On. Officially released on May 6, 2014, the album was inspired by both Sarah’s own life experiences and the passing of her father (who had passed away in December 2010). Consisting of eleven tracks, one of which was written by Canadian singer-songwriter, Luke Doucet, Shine On also contained a handful of tribute pieces such as Surrender and Certainty and Song for My Father. Well-recieved by critics, the album peaked at number one in the Canadian Top Albums Chart and at number four on the U.S. Albums Chart; it was later certified gold by Music Canada for having achieved over 45,000 sales. 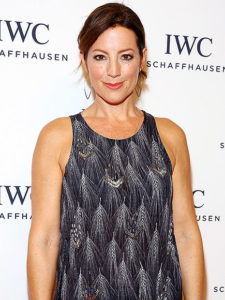 While Sarah hasn’t come out with any new records as of late, she hasn’t abandoned music just yetーthis summer, the talented singer embarked on a concert tour across the country with fellow American singer, Josh Groban. First announced back in 2015, the Josh Groban: On Stage Tour as it’s called, was organized as a means of promoting Groban’s latest studio album, Stagesーwhich was just released last April. In the concerts, the dynamic duo was seen performing various classic hits on the stage, including a handful from various Broadway musicals.The Tour officially kick-offed at the Bold Sphere Music Champions Square in New Orleans, L.A. on July 15, 2016 and later ended at the Greek Theatre in Los Angeles, C.A on August 26th after twenty one shows.

But that that’s not allーSarah was also recently seen up on the concert stage at Confederation Park, Ottawa at the Jazz Festival earlier this June performing live for her fans under the stars. As one of the event’s special guest celebrities, Sarah dazzled the audience with her vocals during the performance after overcoming a few initial technical difficulties. In terms of upcoming concerts, Sarah will be holding an intimate performance at the Strand Performing Arts Center in York, P.A. this October, which is currently scheduled to take place on Wednesday, October 26th at 7:30pmーafter having been pushed back earlier this month. For those of you who are interested in seeing the singer perform up-close, tickets are still available for the event so get them while you still can!

If you’d like to stay up to date with the Canadian singer, you can do so by following her on social mediaーyou can find Sarah McLachlan on Twitter (@SarahMcLachlan) or on Instagram (@officialsarahmclachlan). Or if you’d prefer, you can visit her on her official Facebook page!