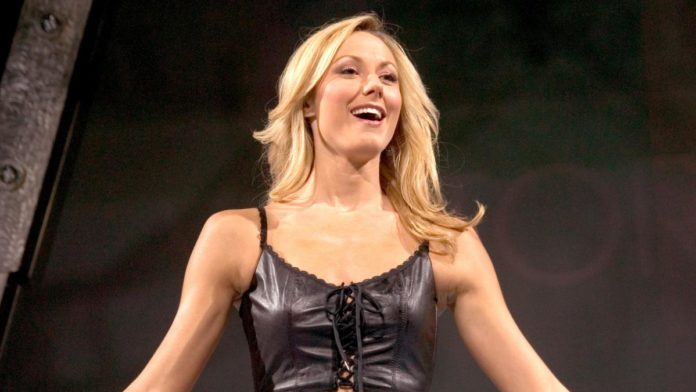 Stacy Keibler is a former WWE Diva who is best known for her work in World Wrestling Entertainment (WWE) and World Championship Wrestling (WCW). A dancer ever since she was three, Keibler first step foot into the world of wrestling in the late 90’s after taking part in a competition held by the WCW. Successfully defeating hundreds of other females in the ring, she eventually came out as the winner and was awarded a position in the Nitro Girls dance troupe. Nicknamed “The Legs of WCW” for her stunning long legsーsomething which undoubtedly captured the attention of those present, she soon became one of the most admired valets in the company. At one point, she even danced on The Chairman’s desk mid-ring, an event which ultimately earned her the title of “executive assistant.” Throughout her career, Keibler has helped manage many wrestlers including the Dudley Boyz, Standards and Practices, David Flair, Shawn Stasiak, and a handful of others.

Awarded the title of “WWE Diva of the Year” in 2004, Keibler has gone up against several popular female wrestlers in the ring; some notable mentions include Molly Holly, Victoria and Trish Stratus. Known for her corner foot choke and mounted punches, she was in fact the only female to be brought over to the WWE from the WCW after the former acquired the latter in 2001. Following a seven year career, she eventually retired from the sport in 2006. Considering her near perfect physique however, it’s not surprising that Keibler later turned towards modellingーsince then, she has graced the covers of countless publications over the recent years including the Cosmopolitan, LA Times, Elle Girl, Esquire and Parade. On top of that, she is also regularly featured in the Us Weekly, People, The Look and Entertainment Weekly Magazines.

Since she stepped down from being a professional wrestler, Keibler has also appeared multiple times on television. A year after her retirement, she played the role of a recurring character in the comedy drama, What About Brian (2007). Some of the other series which she’s been involved with as an actress include Samurai Girl (2008), In the Motherhood (2009), Blue Mountain State (2010), Men at Work (2012) and How I Met Your Mother (2014), to name a few. However in terms of the small screen, outside of the wrestling context that is, she is probably best known for being a competitor in ABC’s Dancing with the Stars in 2006.

So what has the former WCW/WWE wrestler been up to nowadays? What has she been busy with these past few years? What happened to Stacy Keibler? Where is she now in 2018? 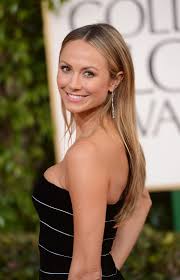 Born on October 14, 1979 in Rosedale, Maryland, Stacy Ann-Marie Keibler is the daughter of Gary and Patricia Keibler. An avid dancer ever since she was a young girl, she first took up jazz, tap dancing and ballet at Dundalk’s Jean Kettell Studio of Dance when she was three years old. After her initial schooling in St. Clement Mary Hofbauer School, she went to the all-girls Catholic High School of Baltimore, where she was part of the cheerleading team. With her charming looks, she began modelling at the age of six; from there, it wasn’t long until she was cast in a handful of national commercials. By the time she was ten, Keibler was already a member of the Screen Actors Guild!

Following her high school graduation, she enrolled at her local Towson University, majoring in mass communication. Attending the institution on a partial scholarship, Keibler helped pay for her tuition through small modelling and acting gigsーfor instance, she appeared in a couple of minor roles in the films Liberty Heights (1999) and Pecker (1998). Originally more of a dancer than a wrestler, it wasn’t until she attended a wrestling match with her boyfriend at the time in the late 90’s that she was first exposed to the sport. Piquing her interest, she later took part in WCW’s nationwide search for a new Nitro Girl towards the end of 1999. Eventually coming out as the winner amongst hundreds of other female competitors, she was given a position on the dance troupe as well as a cash prize of $10,000 (it was later revealed that she spent a portion of the money to buy season tickets to the Baltimore Ravens football games).

Stacy Keibler’s Career with the WWE and WCW 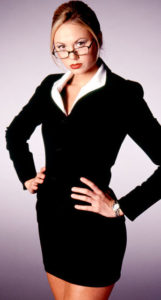 Strutting into the wrestling scene, Keibler adopted the stage name of Miss Hancock and became a valet. As an associate, she managed the tag team duoー”Standards and Practices” aka Lodi and Lenny Lane. Although she was often dressed in business suits however, her character was known for climbing on top of furniture such as tables and dancing for the fans. Following her “firing” from the pair, Keibler went on to manage the Latin-American tag team duo El Dandy and Silver King, successfully guiding them towards their first major victory. For a short period, the blonde began dating professional wrestler David Fairーwho was in fact, already involved in an on-screen relationship with fellow valet, Daffney. With that, the two women eventually went up against each other in a Wedding Gown Match at the annual Bash at the Beach event; Keibler ultimately lost after removing her gown.

After WCW was acquired by WWE in the early 2000’s, Keibler was one of two dozen names that were brought over by the latter. With the new company, she made her initial appearance on WWE SmackDownーShane McMahon had brought the blonde haired beauty in to the ring with him to distract his opponent, Rhyno. Not long afterwards, Keibler teamed up against real life friend, Torrie Wilson and feuded with the well known WWF divas Lita and Trish Stratus. During The Invasion, she helped manage the wrestling tag team The Dudley Boyz; it was during that time that she received the nickname of “Duchess of Dudleyville” by Paul Heyman.

In 2004, Keibler was one of the few who were asked to record a song for the WWE Originals album. Working alongside Jim Johnstonーa music producer, she ended up recording a track called Why Can’t We Just Dance?. Other superstars who contributed to the album include Lilian Garcia, John Cena and Chris Jericho, all of whom had also embarked on a music career. Keibler’s song was ultimately featured during the RAW Diva Search of 2004. Still at the peak of her popularity, she went on to take part in a series of tag team battles against “villainous” divas such as Molly Holly, Gail Kim and Trish Stratus alongside Nidia and Victoria. Proving herself to be a worthy contender, she showcased her improved moves and was able to win against the women. At one point, she even earned a Women’s Championship titleーalthough it was later retained by Trish.

After a little over half a decade in the wrestling scene, Keibler announced her retirement from the WWE in April of 2006, citing that she was going to be “moving on to other endeavours.” 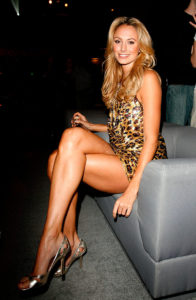 Staying true to her dancing roots, Keibler participated as a contestant on the second season of the ABC dancing reality series, Dancing with the Stars in 2006. Partnered with professional dancer Tony Dovolani, the pair dazzled the judges and audience with their dance movesーthe blonde even earned the nickname of “weapon of mass seduction” by Bruno Tonioli after receiving perfect scores from three separate judges following her samba dance routine during the fifth week. Although Keibler and Dovolani went on to receive one more perfect score, they were eventually eliminated in the last episode; overall, they ranked third after retired NFL player Jerry Rice and singer, Drew Lachey.

Although she had dabbled in acting in the years prior, it wasn’t until 2007 that Keibler landed a major acting role in the American comedy series, What About Brian? playing the recurring part of a character named Stephanie. Originally aired on the ABC Network in April 2006, the drama revolved around a group of friends in various stages of a romantic relationship in the city of Los Angeles. Keibler’s character made her appearance in the fourteenth episode of the second season, which aired on February 12, 2007; other members of the show’s ensemble cast include Barry Watson, Sarah Lanchester, Rosanna Arquette and Matthew Davis. Despite its initial promising ratings however, an eventual decrease in viewership led the series to be cancelled after two seasons.

From dancing to cooking, Keibler eventually hosted a reality cooking competition series called Supermarket Superstar in the summer of 2013. First premiered on Lifetime in July of that year, the show featured a small group of aspiring entrepreneurs who competed against each other for a chance to win $10,000 in cash as well as consultation services form Mattson and DINE Marketing. Every week, each contestant presents a product to a panel of judges consisting of Chris Cornyn, Michael Chiarello and Debbi Fields; following an evaluation, they then have 90 minutes to make changes to their respective productsーwith the one bearing the lowest rating being eliminated at the end of the episode. In spite of its interesting premise, Supermarket Superstar was met with mediocre reviews and eventually ended after one season. 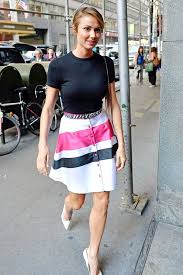 Although the blonde hasn’t starred in any television series or films lately, she has recently appeared in the documentary, Ballerina I’m Notーmaking it her first appearance on the small screen since 2014. Written and directed by Francesca Zappitelli, the film revolves around the prolific journey of a woman, who must tackle various obstacles thrown in her direction in order to find her way through a male-dominated industry and achieve her dreams. Released in March 2016, Ballerina I’m Not featured many celebrities including Rick Bassman, Mildred Burke, Herb Dean, Julie Ginther, amongst a number of others.

In other news, Keibler and her husband Jared Pobre, has filed a lawsuit against Cam Newtonーthe quarterback of the NFL Carolina Panthers. According to multiple reports, the football player had “caused thousands of dollars in damage” at a California rental property, owned by the couple following this year’s Super Bowl. Newton had rented the luxurious Beverly Hills mansion for a period of two months in 2016 for a total of $123,000; although promises were made at the time of the renting that no “wild” parties would be held on the premises, the lawsuit appears to say otherwise. When asked about the impending lawsuit earlier this October, Keibler responded by saying that “[Newton] needs to do the right thing.”

If you’d like to stay up to date and connected with the former WWE diva, you can do so by following the blonde beauty on social mediaーyou can find her online presence on Twitter (@stacykeibler) as well as on Instagram (@stacykeibler). While you’re at it, don’t forget to also drop by her official Facebook page for some of Stacy Keibler’s latest news!