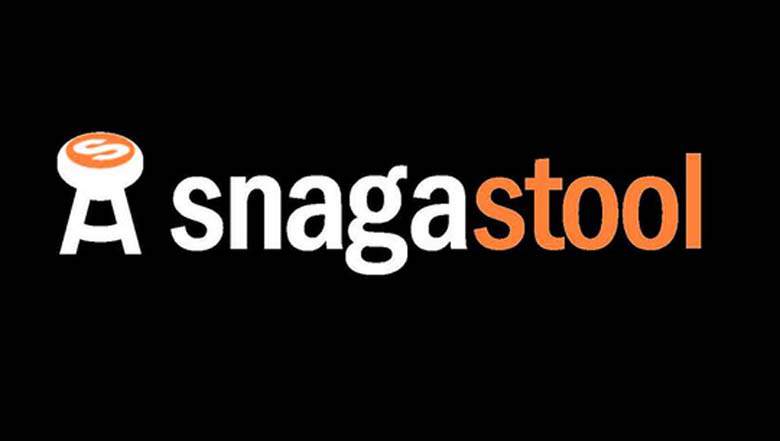 Jamie Manning and Dean Whitney have traveled from Boston, Massachusetts, to the Shark Tank. They represent the company SnagaStool, and they are seeking an investment of $120,000 in exchange for 18% equity in their company. SnagaStool is the first and only mobile app that ensures you will be able to get your favorite seat at the bar. At the bar, you get the best seat – you get the best view, you get the best service, you get the television, and you get to chat with the bartender. But, it can be impossible to get a seat at the bar sometimes. Naturally, the two men thought, “there has to be an app for that!” There was no app, so now, Snagastool has been created to fix that situation.

Using the “Shark Tank Bar and Grille” as an example, the two men demonstrate; you can select a date and time, and the number of bar stools to plan out. This lets you snag the best seat in the house at any bar that participates! Bars love SnagaStool; it creates opportunities to fill seats at off times, it creates the opportunity to bring in new customers, and it creates the opportunity to create lifelong fans. The two of them have created an incredible customer experience, and have proven this with a number of amazing bars. 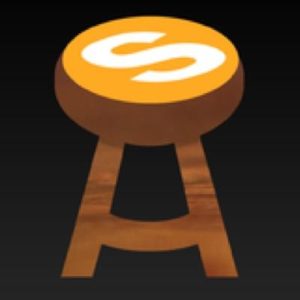 Robert then asks, why would he need SnagaStool? If he is the owner of the bar and is using SnagaStool, that bar seat would be empty during the downtime – you don’t need to reserve it. What is the benefit to the bar owner to leave the bar stool empty if the restaurant is super busy? Someone is always going to sit in it, Robert claims. Dean then explains, there are two time periods on SnagaStool, which they have identified as peak times and off-peak times. During the off-peak times, this is when bars will offer an incentive, such as a free beer or free appetizer in order to attract people to their bar to fill those stools. Robert then comes to the understanding that the advantage is attracting customers when the bar isn’t busy.

Lori then offers her input; she can see a lot of people being really pissed off. If the person goes into their favorite bar and it’s jam-packed and there are two signs on the stools, that person is unlikely to return. However, Mark is interested in the idea, since the signs would plant the idea of SnagaStool into the potential customer. This creates an interest in wondering, “who is coming?” as well. Kevin then explains, he is from Boston, so he knows all about the “primo bar.” He gives an example of a bar during the NFL season, where people are screaming to sit on a bar stool. Keivn then wonders if there is a way to reserve the seat 15 minutes before game time. Dean explains, if the bar has enough inventory of stools, they can comply with the request to place a hold on the bar stools; not every single bar stool is limited to the SnagaStool service.

People are willing to pay for the experience, Dean explains; for people who aren’t able to get to the bar until after work, or people who are intending to stay for 2 to 3 hours, the option is there for the bars to provide the seats for these dedicated customers. Mark then asks how the charging and revenue works for SnagaStool. SnagaStool will charge by the hour, or by the game, depending on the bar’s preferences; for example, the two of them have partnered with 3 bars in the Boston area. The Sharks note this down, as the two of them were making it out to sound like they had partnered with far more bars than they actually have.

Mark explains that he understands that you need to crawl before you can walk, but only 3 bars seems really low. Dean and Jamie only wanted to partner with people who really believed in the concept of SnagaStool, as they aren’t taking any revenue from the company. Really, SnagaStool is nothing more than a proof-of-concept right now. However, as Mark points out, there are a number of apps that are exclusively designed for bars, so why would those bars ever deal with SnagaStool when 50 others are approaching the same company?

Dean explains that the art of bartending is dying off, so they are trying to get back to the days when the bartender knew your name and could reach across the bar without fear. Mark, however, is unconvinced, and tells Dean that he better “roll up his pant legs” if that is what Dean insists on, but Dean continues on; this is how you build loyalty, by providing enhanced customer service. This is not what SnagaStool is selling though, Mark says. Kevin then steps in and says that the idea they are trying to sell is interesting, as he estimates that bars typically have around 50 to 60 stools if they are large, and these are the most coveted seats for any NFL game. If Kevin could go to any bar and ask for 20% of the inventory and guarantee the bar $200 for their time, the business model might be a lot more viable.

The only way SnagaStool would work is if SnagaStool went to a bar and offered a large sum of money, like $10,0000, Mark says. This is to show the value that SnagaStool offers, and guarantees a revenue stream – SnagaStool could even only request those seats on a Friday or Saturday night. However, the two men behind SnagaStool keep implying that there is further value, but they have not reached a way to show how they can sell that value. Mark is out for that reason. 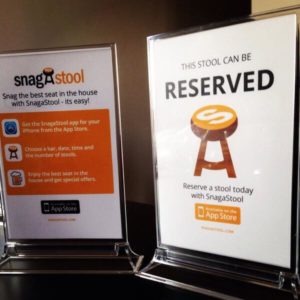 Daymond then explains he is not a bar or restaurant guy, and is immediately out of the deal. Robert then steps in and explains, the purpose of the app should be to benefit the bar when they are running slowly. If Robert owns a bar and is making $500 a seat, SnagaStool would need to offer $1000 on a consistent basis, otherwise there is no reason to sell those seats. The fundamental problem with the app scheduler is that the bar stools are always busy during peak time; the two of them are selling real estate nobody wants through their service, and not the stuff that is hard to get, like stools before an NFL game. So, Robert is out.

Lori voices her thoughts, saying that she thinks there is something more to the idea of SnagaStool; people like to feel special, so by being able to reserve a seat they get the convenience, get to watch the game, and also feel special. Lori’s biggest problem is that it is too early to invest in SnagaStool – they only have 3 bars in the Boston area, and sales are not moving upwards. Lori is out of the deal, since it is far too early for her to make a return on her investment.

Kevin is the lone remaining Shark. He admits that there is a “curl” of an interesting idea, as the bar could have incredibly valuable real estate. Kevin has been going to a specific bar to watch New England Patriots games for the past 35 years of his life, and there is no price he would not pay in order to sit at the bar and watch the game with that bar. But the hassle is that Kevin has to arrive 2 hours early to establish his real estate – if the two of them had said they managed to cut a deal with that bar in Boston, Kevin would have made a “hell of an offer.” Ultimately, Kevin agrees with Robert’s sentiments – the fundamental problem of the bar is that the real estate is always going to be sold out, and there is no real incentive to use the SnagaStool service over. Kevin invites the two of them back when the problems of SnagaStool are fixed, but there is nothing to invest in at the moment. While the Shark Tank has given the two men a load of ideas, Kevin is out, leaving the two of them and SnagaStool without an offer.

SnagaStool Now In 2023– The After Shark Tank Update

Unfortunately, the app never really took off, even with the exposure they got from the show. What’s more, is that it was only available on the iOS App Store; this likely limited its audience. To make matters worse, there wasn’t much support for the app. Their Twitter account only had 2,000 followers and there was minimal discussion about the app online, which goes to show how popular it really was.

Having said that, they did land a couple of partnerships including one with Lyft, where users would receive a $50 credit toward a ride. Even with that, however, their user base was lacking. Many platforms, such as OpenTable, also decided to implement a similar service after noticing the demand for their customers, which rendered the app less attractive.

In the end, the Snag a Stool app only lasted for a year or so after the segment aired on television. They ultimately shut down in September 2016. It’s unknown how many active users they had by the time they went offline.

What are the entrepreneurs up to in 2023? According to LinkedIn, Jamie is currently the Director of Commercial Operations at Akebia Therapeutics, where he works on creating and administering incentive compensation plans and contests. Prior to that, he was a Director of Commercial IT/Business Partner from July 2018 to July 2019 and an Associate Director from September 2016 to July 2018. And before that, he worked as a Senior Manager at Infinity Pharmaceuticals.

In 2017, he also came up with a new product called the Baggabox, which is a water-resistant, cut-resistance cinch-locking bag that anchors to your railing or door to keep packages out of sight from package thieves. With the help of 121 backers on Kickstarter, he was able to bring the product to life. As far as we can tell, however, it didn’t last long. At the very least, there’s not much information about it online.

As for Adriano, he’s currently the Director of Operations with the Travel Trade Group, a position that he’s held since December 2017. Prior to that, he was a Business Development Manager (B2B & B2C e-commerce) at Tourico Holidays, where he identified and analyzed market trends within the UK.

Will Jamie and Adriano be returning to the show sometime in the future? Probably not. For one thing, the app has been shut down. From the looks of it, the pair have also moved onto other endeavours in terms of their day job so unless they come up with another product, we likely won’t be seeing them again anytime soon. Not to mention that Adriano is now based in London, UK, whereas Jamie is still in the Massachusetts area.