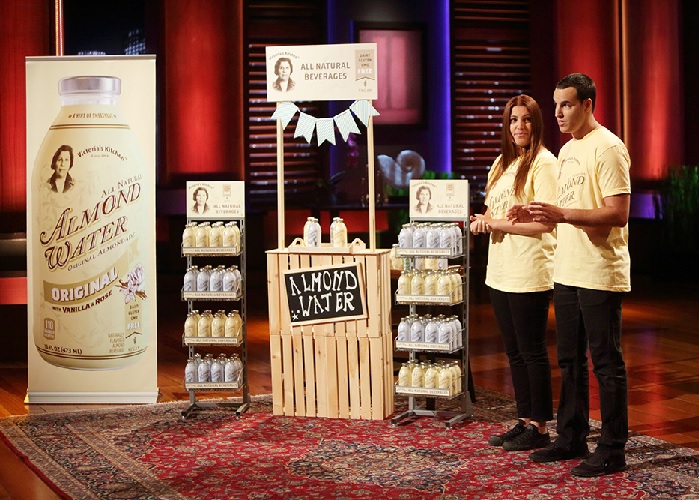 Victoria’s Kitchen founders, David and Deborah Meliane were childhood sweethearts who emigrated to America after getting married in 2001. The couple would often entertain friends and discovered that one old family recipe was particularly successful and popular amongst them.

David’s grandmother was the original Victoria, and she had produced delicious home-made almond water for him when he was a child. Although the beverage wasn’t that well known in the United States, David and Deborah’s guests always loved it when he mixed up a batch of the drink. 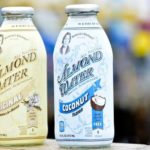 The Melianes had always dreamed of running their own business together, and decided that as their almond water was always so popular, it was the ideal product to base their company around. They launched Victoria’s Kitchen in 2011 and invested their life-savings into their first production run.

In 2012 the drink was a big hit at its début at the Winter fancy food show in San Francisco. Gradually sales began to increases for the fledgling start-up and the couple began approaching small independent stores, in the local Los Angeles area, to set up additional retail outlets.

Two years later the business had continued in its steady growth, and the Victoria’s Kitchen almond water was being stocked in a number of small independent businesses. David and Deborah expanded their product line to include another of grandmother Victoria’s recipes, a lemonade drink that contained less than half the amount of sugar of traditional lemonade. They began trying to raise awareness of their brand, but found the incredibly competitive food & drink market to be a potential minefield of problems.

By chance the couple were noticed at a trade show in mid 2014 by a casting agent for Shark Tank. She was impressed by the brand, and the entrepreneurial couple behind it, and asked David and Deborah if they would be interested in applying for the show. The application process was a long, and surprisingly thorough process, but eventually the couple were successful, and they finally appeared in the tank in early 2015.

When David and Deborah appeared on the show they were hoping to gain a $200,000 investment, in exchange for 20% equity in the Victoria’s Kitchen company.

David began the pitch by telling the sharks all about his grandmother, and her amazing home-made almond water recipe. He explained how guests had not been able to get enough of the drink, and the couples eventual decision to begin the Victoria’s Kitchen business.

Deborah revealed that their beverages were made from all natural ingredients. They were gluten-free, dairy free, vegan, and they contained no artificial flavorings, sweeteners or colors. She assured the sharks that a sip of Victoria’s Kitchen almond water invoked some of the serenity of the South of France, and together the couple finished up the pitch by inviting the sharks to ‘Step into Victoria’s Kitchen’.

The friendly husband and wife team had delivered a solid professional pitch. Mark Cuban was looking thirsty, ‘Can we try it?’ he asked. Deborah handed out samples to the sharks, who eagerly tried the old French recipe for themselves, and they seemed quite impressed by the taste.

‘Wow, that’s very good’ remarked Lori Greiner, ‘It’s fantastic’ agreed Robert Herjavec. The technology mogul asked David to tell him more about Almond water. David explained that it was a popular drink in France, and a common beverage in the warmer parts of Europe, generally seen as suitable for picnics and bark-yard parties.

Kevin O’Leary must have liked the taste of the drink, he would surely have mentioned it otherwise, but the beverage hadn’t sweetened him up at all. He told the entrepreneurs that the biggest challenge in the highly competitive beverage market was distribution, and bargaining for shelf space against huge multi-million dollar businesses. He inquired what sales the business had achieved to date.

Robert asked where the drink was being sold at the moment. Deborah explained that the drink was available primarily in speciality food-stores and independent grocery stores. Lori asked how many outlets the product was sold in. David told her that there were 800 stores nationwide stocking it, including the Wholefoods chain.

At the mention of Wholefoods the sharks instantly appeared more interested, but David reluctantly explained that due to Wholefoods healthy customer base, the Victoria’s Kitchen brand wasn’t really suited to the retailer. Lori disagreed and thought the brand was perfect for Wholefoods, but Deborah explained that due to the amount of sugar in the drink it was unlikely to do well there. After some more probing from the sharks David tried to explain that their product had less sugar than traditional lemonade, but the sharks were unimpressed, Mark Cuban remarked ‘Better than bad doesn’t make it good’.

The couple revealed that they did produce a low-calorie version of the drink, and David asserted that he was always willing to listen to feedback and amend the company strategy to fit in with partners, but he admitted that there was no likelihood of a version of the drink containing no sugar at all.

Barbara Corcoran had calculated that sales for the current year were actually slightly down on the previous year, and inquired why that was. David disclosed that the business had run a third product the previous year, but unfortunately it had not been a success and had been discontinued shortly afterwards. The added focus on the unsuccessful third SKU had reduced production of the main almond water drink.

Lori gave the couple a sympathetic smile. She told them that the brand packaging was good, and the drink itself was ‘delicious’, but she believed that they had a lot of hard work in front of them, before they could promote their product to a wider demographic. She suggested that a future strategy involving Wholefoods would be most beneficial to the business, but unfortunately, she was out.

Barbara Corcoran was also unwilling to partner with the pair, she had previously invested in a soda company, and knew that it could be an enormous struggle to win shelf space in larger stores. She believed that $200,000 was nowhere near sufficient to promote the brand successfully, and for that reason she was out too.

Robert Herjavec admired the drive and determination of David and Deborah, but he also had concerns over their willingness to be swayed by others. David had constantly assured the sharks that he and Deborah were prepared to change their strategy based on feedback, but Robert felt such a degree of flexibility wasn’t always a good thing. He told David that you couldn’t always assume that customers knew what they wanted, and unfortunately Robert wasn’t going to invest in the business either.

Kevin O’Leary was back to his usual, slightly bitter, self by now, but the almond water must have sweetened the sometimes sadistic shark up at least a little. He told the couple that he could eviscerate their valuation, but he wasn’t going to, because he was a ‘nice guy’. Kevin asserted that the couple’s valuation was ‘ridiculous’ and that the business wasn’t worth a million dollars. He told them the amount of time he would have to spend, to grow the business, would not be worth it. With that Kevin dropped out too, leaving Mark Cuban as the only shark remaining.

Unfortunately the Texan Shark wasn’t going to throw the pair a lifeline. He shared Robert’s concerns that the couple were too fluid in their strategy and assured them he would have been ‘all over them’ if they had come into the tank with a zero-calorie version of their drink. Mark wished them luck in the future, but he dropped out too.

Victoria’s Kitchen Now In 2023 – The After Shark Tank Update

The pair remained upbeat despite not having received an offer. In fact, they had nothing but praise for the sharks who they described as being “incredibly professional.”

They eventually revealed in a later interview that not getting a deal was actually a blessing in disguise as they had began to get low on operating capital at the time; this forced them to rework their entire budget. It took them a while but they were ultimately able to come up with a new financial strategy—one that quickly proved to be a success.  Within a year of their Shark Tank appearance, they had gone from breaking even to being in the black.

The “Shark Tank Effect” also caused their sales to skyrocket after their appearance. Within a few hours of the episode airing, they had sold more than $30,000 worth of products. That same year, they won a major industry award and were in talks with several major retailers including HEB and Kroger. They even landed a feature on the NBC sitcom Superstore.

By early 2016, they had expanded their range to seven products, including an extra-low calorie beverage that came in 12oz cans. They also announced that they plan on introducing three additional products by the end of the year.

The following year, the company was acquired by Hispanica International, Inc. for an undisclosed amount. At the time, they had lifetime sales of $1.4 million.

For the next few years, business seemed to thrive. They even participated in Natural Product’s Expo West in 2019. By the end of the year, however, things had started to get quiet. Looking back, that was the last year that they updated their official Facebook page. The same goes for their Twitter account; it hasn’t been updated since March 2019.

As of 2023, Victoria’s Kitchen Almond Water is no longer available for purchase. Not only are their social media accounts abandoned but their official website has also gone dark. The URL still works per se, but it’s no longer linked to a Shopify store.

What are Deborah and David Meniane up to nowadays? According to LinkedIn, the latter is currently the Chief Executive Officer of CarParts.com, an online provider of aftermarket auto parts. Prior to that, he was the Chief Operating Officer/Chief Financial Officer from March 2019 to April 2022. Not only that but he’s also a Board Member of Cave Shake, a Keto Meal Replacement Ready-to-Drink Shake that’s loaded with MCTs. And from 2018 to November 2020, he was also a Board Member of The Living Apothecary.

As for Deborah, we’re not too sure; she didn’t have anything listed on her LinkedIn Profile. Seeing as how they sold the company, however, she’s probably moved on to other endeavors.