Odell Beckham Jr. Net Worth – How Rich is He Now? 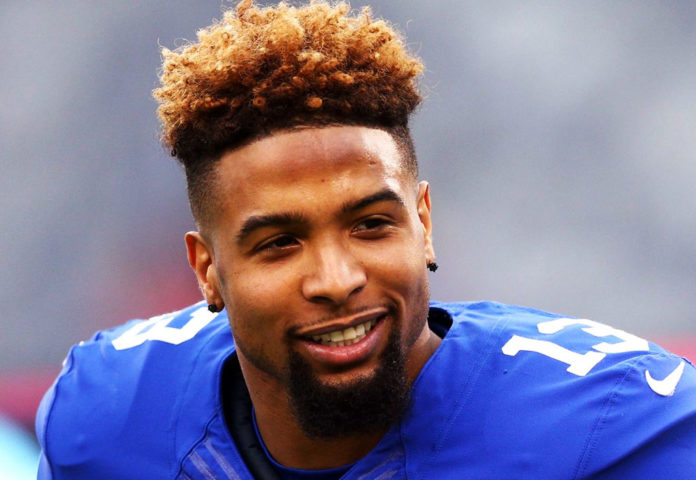 The National Football League is home to countless star athletes, and Odell Beckham Jr. is one of the newest players to come onto the scene. He’s only 24 years old, and he has already become one of the most prominent wide receivers in the league. How much has he profited off of his short time with the NFL? In this article, I’m going to be going over how Odell has managed to climb to such heights in such a short period of time, and I’m also going to discuss how he’s been able to make so much money while doing so. Without further delay, let’s learn a little bit more about OBJ.

How did Odell Beckham Jr. make his money & wealth? 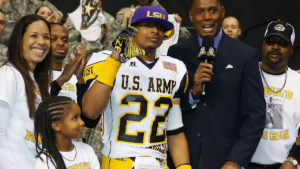 Odell Cornelious Beckham Jr. was born in November of 1992, in Baton Rouge, Louisiana. Growing up, he was encouraged to pursue athletics by his parents. His father, Odell Beckham, was a running back for the LSU Tigers between 1989 and 1992. His mother ran track for the LSU Tigers. In high school, Odell attended Isidore Newman School in New Orleans, where he played football, basketball, and track. He excelled as a track and field athlete, with high finishes in the 200-meter dash and long jump competitions. On the football field, Beckham played many positions, but wide receiver was his specialty. During his senior year, he recorded 50 receptions for 1,010 yards and 19 touchdowns, which is no small feat. By the time he was near graduation, he was rated the sixth best wide receiver prospect in the country before ultimately committing to play for the Louisiana State University Tigers during his collegiate career.

Due to his talent coming off of the bench, Beckham was given the ability to play for LSU right away in his first season starting in all but 5 games. He had a modestly successful freshman year, with 41 receptions, 475 yards, and two touchdowns. During his sophomore year in 2012, his productivity increased with 43 receptions and 713 receiving yards. (He led the Tigers in rec yards during that season.) The next season he continued to impress, and he had a record-high 57 receptions, 1,117 receiving yards, and 8 touchdowns. Due to his exemplary statistics and due to strong interest from scouts, Odell decided to forgo his senior year and enter the NFL draft early. He had a strong performance in the combine, with a 4.43 second 40-yard dash, a 9 foot 6 inch broad jump, and a 38.5 inch vertical. He was eventually drafted with the twelfth overall pick in the 2014 NFL Draft by the New York Giants. 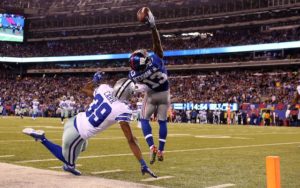 Coming onto the struggling Giants as a first-round pick, Odell had some lofty expectations to live up to. Unfortunately, he wasn’t able to prove himself right away due to a hamstring injury that he suffered in training camp. Beckham ended up missing the first 4 games of the regular season, and he was not able to make his debut until October 5th in a game playing the Atlanta Falcons. In that game, he did not disappoint, with four receptions, 44 receiving yards, and a touchdown. He continued to deliver strong performances for the Giants, until he made one specific catch against the Dallas Cowboys that got a lot of people talking. Despite obvious defensive pass interference, Odell was able to dive backwards and catch a touchdown pass from Eli Manning with only one hand and only a couple fingers. The catch attracted national attention, and many considered it to be one of the best catches in the league’s history. He hadn’t even closed out his rookie year, and Odell Beckham Jr. was already dazzling fans of the game around the world.

He closed the year out strong in a game with the Philadelphia Eagles, where he recorded nearly 200 receiving yards. The 185 yards was the most receiving yards an nfl rookie had ever earned in a single game for the NY Giants. Due to all of the buzz surrounding him at the time, he earned a roster spot on the Pro Bowl, a first for a NY Giants Wide Receiver in their first season. He was featured on the cover of Madden NFL 16. 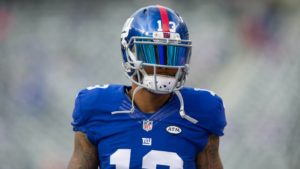 During his second year, he didn’t have much of a sophomore slump, either. He played in 15 games, with 96 receptions, 1,450 receiving yards, and another 13 TD’s. Yet again, he was made a Pro Bowl selection. Although the 2016 regular season isn’t over yet, Odell has already had a very strong start. In the New York Giants game against the Baltimore Ravens, Beckham caught 8 passes for 222 yards and 2 touchdowns, which was a career-high for him. As of right now, he has 75 receptions on the season, 1,015 receiving yards, and 8 touchdowns. He is currently projected to surpass 100 receptions on the year, which would be a career-high for the young receiver. Either way, this football star has only been playing professional for 3 years and he’s already considered one of the better receivers in the league.

It’s not much of a surprise, but Odell Beckham Jr. isn’t currently married yet. As a young and successful athlete, there has obviously been a lot of gossip surrounding this young man’s dating life. As of right now, he’s still a bachelor.

Although Odell has been putting up incredible numbers, he’s still only working out of his rookie contract. The New York Giants are getting a major bargain on this receiver, and in 2015 he only made $896,230.

How much does Odell Beckham Jr. make per game?

Using that previous salary as a starting point, we can use some simple arithmetic to determine how much money Beckham makes in a single game. The NFL regular season contains 16 games, and the post-season could contain as many as 4, accounting for a wild card round, divisional round, championship round, and the Super Bowl. If Odell only plays during the regular season, then he makes $56,014.38 per game. If he is able to carry his team through to the Super Bowl, then that figure gets knocked down to $44,811.50 per game.

As an athlete, it’s important for a guy like Odell Beckham Jr. do be charitable. A lot of young people look up to him, and to his credit, he has done a good job at being a positive role model. Beckham has supported charities like Fresh Air Fund and Ryan’s Foundation during his career, among others.

He hasn’t been in the league for very long, but Beckham has made a very strong impression on people in the NFL. He had been to the Pro Bowl twice, and he was named the AP NFL Offensive Rookie of the Year in 2014. He holds records for being the fastest person to reach 200 career receptions, having the most consecutive games with 130 receiving yards and more than one touchdown, and for being the fastest person to reach 3,000 career receiving yards. In college, he was awarded the Paul Hornung Award in 2013 for his talent as a wide receiver and as a return specialist.