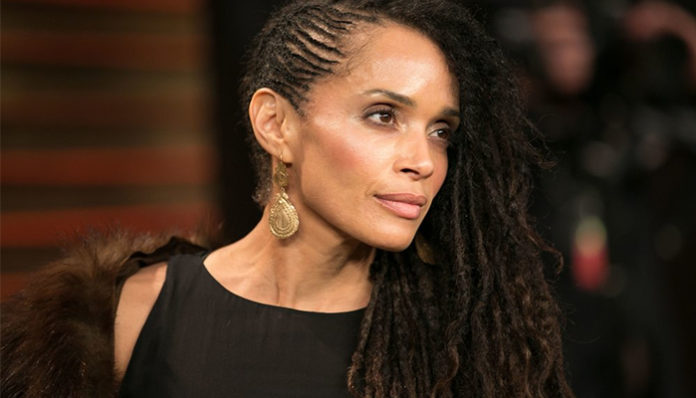 Lisa Bonet is American actress who is most well known for playing Denise Kendall on the NBC comedy, The Cosby Show (1984). Like many in the show business, she started her career at a young age. At the age of eleven, Bonet began appearing in various television commercialsーeven before that, she took part in local beauty pageants. When she was sixteen, she made her official debut on the small screen in the series, St. Elsewhere (1983), playing the role of a minor character. Later that same year, she was also featured in an Oscar Award-nominated video short called, Sound of Sunshine – Sound of Rain (1983), directed by Caroline Heyword. Just a year after she broke into the entertainment scene, Bonet landed a breakthrough when she was cast as one of the main leads in the sitcom, The Cosby Show (1984). One of the most popular shows of the 1980’s, many have considered it to have single-handedly revived the sitcom genre at the time of its airing. Immensely popular amongst households, the series ultimately send Bonet flying towards super stardom.

While she was still starring on The Cosby Show, the actress also starred in one season of its spin-off, A Different World in 1987. After her time on the sitcom was finished, Bonet began appearing in a number of straight-to-video releases and television films including Lathe of Heaven (2002), and Whitepaddy (2005). From there, she made a handful of guest appearances in Life on Mars (2008), Drunk History (2013), The Red Road (2014), and New Girl (2014). Nominated for a Primetime Emmy Award for her portrayal of Denise in the NBC sitcomーher first major role on televisionーBonet has also received two Young Artist Awards for “Best Young Actor in a Television Comedy” and “Best Young Female Superstar in Motion Pictures”. Aside from her wins, she has also been nominated for a TV Land Award (e.g. Favourite Singing Siblings), a Critics’ Choice TV Award (e.g. Best Guest Performer in a Drama Series), a Saturn Award (e.g. Best Supporting Actress), and a Black Reel Award (e.g. Best Supporting Actress).

Besides her work on television, Bonet has also showcased her talents within the movie industryーin 1987, she made her feature film debut in the neo-noir horror, Angel Heart. Despite the mixed reviews that it received, it garnered the up-and-coming actress much recognition in the late 80’s. After taking a prolonged break from the big screen, she returned in the 1993 film, Bank Robber. Prior to the end of the 90’s, she starred in two other motion picturesーFinal Combination (1994), and Enemy of the State (1998). Later on in the 2000’s, she was cast in High Fidelity (2000), Biker Boyz (2003), and Road to Paloma (2013).

So what has the actress of The Crosby Show fame been up to since then? Has she taken on any new roles as of late? What are some of her latest projects? What happened to Lisa Bonet? Where is she now in 2018? 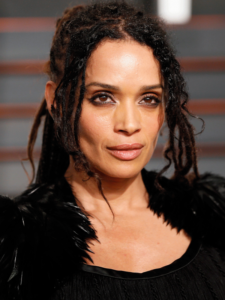 Born on November 16, 1967, in San Francisco, California, Lisa Michelle Bonet is the daughter of Arlene Litman and Allen Bonet, an opera singer and a school teacherーhowever her parents divorced when she was still a toddler. Raised with her half-siblings, she had her eyes set on performing ever since she was a young girl.

While she was still in grade school, Bonet began appearing in various television commercials; she was only eleven years old at the time. Even prior to landing the modelling gigs, the young star had taken part in several local beauty pageants. As a student, she went to Van Nuys’ Birmingham High School in California; she later also enrolled in North Hollywood’s Celluloid Actor’s Studio where she studied acting.

At the tender age of sixteen, the aspiring actress landed her first professional role in the television series, St. Elsewhere (1983)ーit also served as her small screen debut. Later that same year, she was also featured in the video short, Sound of Sunshine – Sound of Rain (1983)ーa film that was eventually nominated for an Oscar. Determined to make it big in the show business, Bonet continued to attend auditions while waiting for her big break. In 1984, just a year after her official debut, her breakthrough came when she was cast as one of the main leads in the NBC sitcom, The Cosby Show. 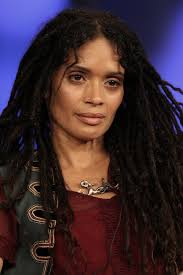 Her first major role on television, the series gave Bonet the opportunity that she’d wanted to showcase her abilities to the world. Created by Bill Cosby, Michael Leeson, and Ed. Weinberger, The Cosby Show revolved around an upper middle-class African American family living in the Brooklyn Heights of New York-the Huxtables.

While Cosby took on the role of the patriarch, Cliff Huxtable, the series starred the young starーwho was only seventeen at the timeーas Denise Huxtable, one of his four daughters who is known for her stellar fashion sense. One of the most popular characters on the show, it was later revealed that Denise was in fact, based loosely upon Cosby’s own daughter, Erinn, who was around the same age of the actress at the time. Other members of the main cast included Phylicia Rashad, Malcolm Jamal Warner, Tempestt Bledsoe and Keshia Knight Pulliam.

Originally released on September 20, 1984, The Cosby Show was widely lauded by critics for breaking racial stereotypes. A smash hit, the sitcom garnered well over 20 million viewers during its initial seasonーat the peak of its popularity between 1986 and 1987, it attracted over 30 million audience members to their television. Met with extreme praise, the show has been hailed as one of the “biggest hits in the 80’s” by TV Guide. Praised for its superb cast, The Cosby Show reaped in numerous awards including three Golden Globes and six Primetime Emmy Awards, amongst dozens of other nominations. For her portrayal of Deniseーa role that ultimately launched her into celebrity statusーBonet was also nominated for an Emmy Award, and three Young Artist Awards. Despite the fact that the sitcom ended over two decades ago, it remains to be one of her best remembered performances on TV. 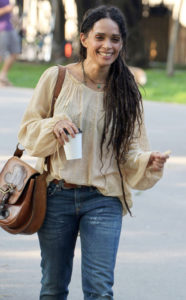 With the popularity of her character from The Cosby Show, a spin-off called A Different World (1987) was eventually created, which originally centred around Denise Huxtable. Premiered on September 24, 1987, it revolved around college life in a fictitious historically Black university located in Virginia. Noted for exploring themes of class relations and race, its cast also featured Jasmine Guy, Marisa Tomei, Dawnn Lewis, Loretta Devine and Kadeem Hardison.

Upon its released on television, it ranked number two and garnered over 22 million viewers. While the series’ initial intention was to focus on Bonet’s character however, the actress ultimately only starred in the first season. In the summer of 1988ーshortly after the filming of the initial season, Bonet announced that she was expecting a baby with husband, Lenny Kravitz. While some were in favour of featuring a pregnant student in the series, creator Bill Cosby felt that it would be too out of character for Denise, a “good girl”, to be pregnant in the show. With that, Bonet chose to depart from the series after season one. Following her departure, A Different World primarily focused on the characters Dwayne Wayne and Whitley Gilbert (played by Hardison and Guy respectively).

In terms of Hollywood, Bonet made her feature film debut in the psychological horror movie, Angel Heart in 1987. Based on a novel by author William Hjortsberg, it centred around a private investigator in New York City who is hired to investigate the disappearance of a man by the name of Johnny Favorite. A close adaptation of the book, it starred the actress as Epiphany Proudfootーa seventeen year old girl who is the daughter of Johnny and his mistress, Evangeline Proudfoot, both of whom are eventually found deceased in the film. Besides Bonet, Angel Heart also starred Mickey Rourke, Robert De Niro, Charlotte Rampling and Stocker Fontelieu.

Released theatrically in the United States on March 6, 1987, Angel Heart grossed over $3.6 million in its opening weekend, and ranked number four at the box officeーon average, it earned approximately $4500 per theatre. Upon its screening, the movie was met with mixed reactions; while some critics such as Pauline Kael of the The New Yorker panned it for its underwhelming script, others such as Robert Ebert from the Chicago Sun Times enjoyed the film for both its horror and thriller elements. For her brilliant performance in Angel Heart, Bonet received a Youth in Film Award for “Best Young Female Superstar” and was also nominated for a Saturn Award.

With the arrival of the new millennium, Bonet co-starred in Stephen Frear’s romantic comedy, High Fidelity (2000). Based on a book of the same title by Nick Hornby, it revolved around Rob Gordan (played by John Cusack)ーthe owner of a record store who recounts his top five breakup throughout the course of the movie. In the film, the actress portrayed the role of Marie DeSalleーa singer who performs at a bar that Rob frequents. Produced by Rudd Simmons and Tim Bevan, High Fidelity‘s cast list also included Jack Black, Joelle Carter, Joan Cusack, Sara Gilbert and Todd Louiso.

After an initial premiere in Hollywood, High Fidelity enjoyed a nation-wide release on March 31, 2000. A commercial success, it earned over $6.4 million during its opening weekend; by the end of its run, it had grossed more than $47 million against a production budget of $30 million. Supported by a four-star  original sound track, the film was well-received by both critics and theatre-goersーin particular, its casting and humour earned it much applause. Voted by readers as one of the “500 Greatest Movies of All Time” in Empire Magazine, it won multiple industry awards, including a Golden Globe Award nomination. As one of the movie’s supporting actress, Bonet was also nominated for a Black Reel Award in 2001.

Since then, the actress has mainly been involved with televisionーthroughout the 2010’s, she appeared in a number of TV shows such as Drunk History (2013),The Red Road (2014), and New Girls (2014), amongst a few others. 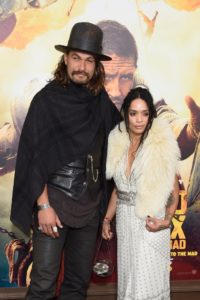 Over the past year, Bonet has been playing a supporting character by the name of Marisol in the Showtime crime drama, Ray Donovan (2016). Introduced in the first episode of the fourth season, she has appeared in a total of seven episodesーher last appearance being in that of an episode entitled “Lake Hollywood”.

Aside from that, she hasn’t appeared on-screen much. The mother of two young children, we can only assume that the actress is looking to spend more time with her familyーwhich is complete reasonable. In fact, she was just recently spotted heading to lunch in Los Angeles with her husband and children earlier this month.

Unfortunately for us fans, it doesn’t look like Bonet is involved with any social mediaーas an alternative, if you’d like to stay up-to-date with some of her latest projects, you can do so by checking out her IMDb page.