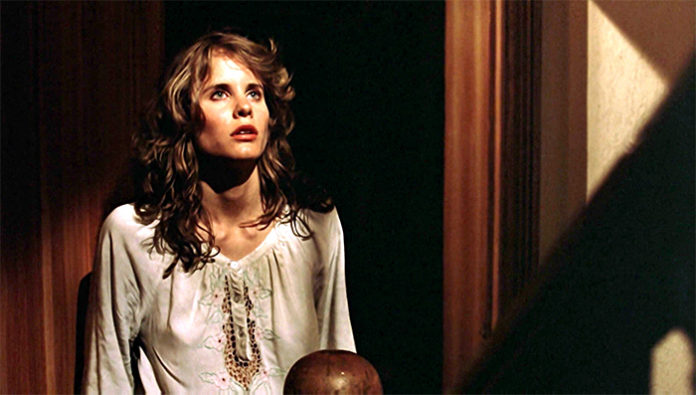 The daughter of a concert pianist, American actress Lori Singer first rose to prominence in the drama film, Footloose (1984). In her youth, she spent most of her time playing the celloーan instrument that she fell in love with when she was twelve years old. A musical prodigy, she was accepted into New York’s prestigious Julliard Performing Arts School at the age of fourteen. The school’s youngest undergraduate student at the time, she later made her professional debut as a soloist as a member of the Western Washington Symphony. It wasn’t until she was seventeen, that she developed an interest in acting after being inspired by her brother, Marc Singer’s success in the show business. At the age of twenty five, she appeared on television for the first time in the TV film, Born Beautiful (1982). Later that same year, she received a big break with the NBC series, Fame (1982), in which she played one of the lead characters. Following that, she made her motion picture debut in the movie, Footloose (1984)ーa film that ultimately garnered her international recognition as an actress.

In the subsequent years, Singer starred in a number of other films such as Falcon and the Snowman (1985), The Man with One Red Shoe (1985), Trouble in Mind (1985), Made in U.S.A. (1987), and Warlock (1989). A few other roles on the big screen later, the actress became a series regular in the Fox sci-fi show, VR.5 (1995). Her second major portrayal on television, it eventually earned her the title of being one of the “Most Beautiful People in the World” by People Magazine. Following that, she appeared in the film, Bach Cello Suite #4: Sarabande (1997), prior to taking a prolonged break from acting to focus on her personal life. Finally in 2004, the actress returned in the film, When Will I Be Loved (2004); soon afterwards, she appeared in the video short, Little Victim in 2005.

From there, Singer took another six-year break from the show business before returning as a guest star in the crime series, Law & Order: Special Victims Unit (2011). Still a regular cellist, she then portrayed a couple of cello players in the film shorts, Georgicia (2014), and Grain of Sand (2015). Eventually in October of 2015, the blonde graced the screens with her presence in the movie, Experimenter. Throughout her career, Singer has taken part in over 25 different projectsーa handful of which have earned her a variety of awards including a Golden Globe Special Award, two ShoWest Awards, a Television Academy Honors Award, and a Special Volpi Cup. Most recently this past year, she lent her voice to the documentary, God Knows Where I Am (2016).

What has the blonde beauty been busy with since then? What new projects have she filled her schedule with as of late? Is she still active within the entertainment circle? What happened to Lori Singer? Where is she now in 2018? 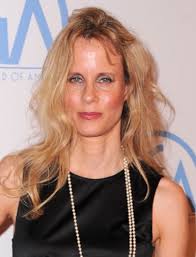 Born on November 6, 1957, in Corpus Christi, Texas, Lori Singer is the daughter of Leslie and Jacques Singer, a concert pianist and a conductor; she has an older brother named March Singer, who also works as an actor. Growing up in Texas, Vancouver, London and Portland, Singer’s initial dream was to become a professional dancer. When she was twelve years old however, she fell in love with cello music.

Quickly mastering the stringed instrument, she was eventually accepted into New York’s prestigious Julliard Performing Arts School at the age of fourteenーa feat that earned her the title of being a musical prodigy. After a year of studying at the institute, she made her professional soloist debut as a member of the Western Washington Symphony. During that time, she also modelled briefly with the Elite Model Agency.

Following a successful music career, Singer began developing an interest in acting when she was seventeen, after being inspired by her older brother’s success. Wanting to follow in his footsteps, she soon enrolled herself in acting classes. At the age of twenty five, the aspiring actress made her TV debut in the made-for-television film, Born Beautiful (1982), where she starred alongside Ed Marinaro and Erin Gray. Not long afterwards, she was cast as a series regular in the musical drama, Fame (1982)ーa show that would later go on to win three separate Golden Globe Awards. 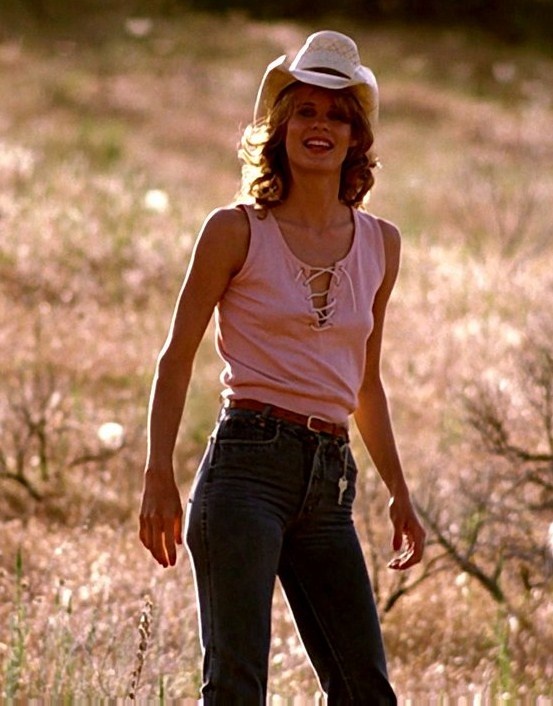 Created by American screenwriter Christopher Gore, Fame is loosely based on a 1980 film of the same title. A drama musical, it followed the lives of the students and faculty members at the fictitious New York City High School for the Performing Arts. A member of the main cast, Singer played the character of Julie Millerーa shy, newcomer to New York who eventually builds her self-confidence with the help of a few friends; she made her first appearance in the series’ first episode. Featuring the performances from a number of talented actors, Fame also starred Debbie Allen, Michael Thoma, Albert Hague, Carol Mayo Jenkins and Ann M. Nelson.

Filmed in Hollywood, Californiaーbased on the actual Fiorello H. LaGuardia High School of Music & Artーthe series made its debut on January 7, 1982 on NBC. A popular show amongst viewers, it garnered millions of viewers every week while it was on air; in fact, its popularity eventually led to the release of several hit records by the castーa few of the actors even embarked on a live concert tour at the peak of its fame. A series regular in the first and second season, Singer appeared in a total of 38 episodes. Largely considered to be her breakthrough role, Fame garnered the up-and-coming actress much recognition in the early 80’s. After a five year run, it eventually came to an end on May 18, 1987 after a total of 136 episodes.

The year after she left the show, Singer was cast as the female lead in Herbert Ross’ musical drama film, Footloose (1984). Produced by Craig Zadan and Lewis J. Rachmil, it depicted the story of Ren McCormackーan upbeat teenager who moves to a small town called Bomont to live with his uncle and aunt; much to his dismay however, the local minister in the community has banned both rock music and dancing. Based loosely on the events that took place in Elmore City, Oklahoma, Footloose starred actor Kevin Bacon as the teen. Playing opposite of him, Singer portrayed the role of Ariel Mooreーa rebellious teenage girl whom he eventually finds himself falling for over the course of the film. Other featured actors in the movie include Dianne Wiest, John Lithgow, Sarah Jessica Parker and Chris Penn.

Released theatrically on February 17, 1984, Footloose grossed over $8.5 million in its opening weekendーwhich was already more than its production budget of $8.2 million. By the time its run in theatres had ended, it had taken in a total of $80 million in the United States alone. In spite of its financial success however, reaction to the film was generally divided; while some praised it as a “must-see”, others such as Roger Ebert of the Chicago Sun Times criticized it for its confusing storyline. Still, Footloose received a number of industry recognitions, including two Academy Award nominations. For her portrayal of the protagonist’s love interest, Singer was given a ShoWest Award for the category of “Breakthrough Performer of the Year”ーwhich was accurate, considering the breakthrough nature of her role in the movie. 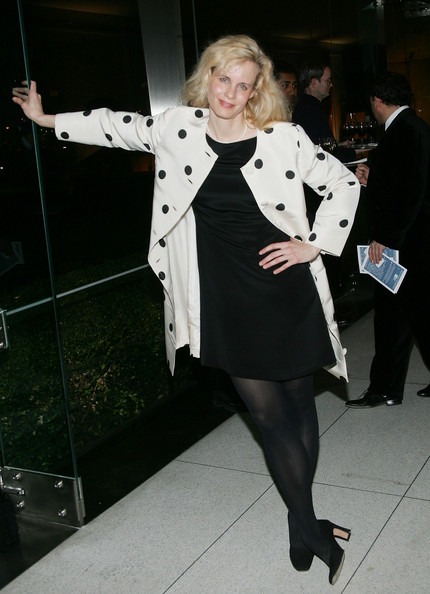 In 1993, the actress was part of the ensemble cast of the comedy drama film, Short Cuts. Inspired by a series of short stories written by Raymond Carver, it followed a number of Los Angeles residents whose lives ultimately intertwine with one another’s. Aside from revolving around the themes of luck and chance, the movie also centered closely on infidelity and death. In it, Singer starred as Zoe Trainerーa cellist who eventually commits suicide at the end of the film due to her mother’s alcoholism. Short Cuts‘ all-star cast also included Andie MacDowell, Bruce Davison, Julianne Moore, Fred Ward, Matthew Modine, and many others.

Distributed by Fine Line Features, the comedy drama enjoyed a limited theatrical release on October 3, 1993; across five screens, Short Cuts managed to gross over $106,000. A commercial success in the end, it went on to earn more than $6.1 million at the box office. Accompanied by a book that consists of nine stories, the film received glowing reviews from criticsーmany of whom praised it for its beautiful integration of disparate characters. Met with wide acclaim, the motion picture later won over a dozen awards, including an Oscar nomination. As a member of the cast, Singer also received a Golden Globe and a Special Volpi Cup, both of which she shared with the rest of her co-stars.

Returning to television for a lead role, Singer starred as Sydney Bloom in the Fox science fiction series, VR.5 in 1995. Created by Jeannine Renshaw, it centered around her character, young woman who accidentally discovers that she is able to access a virtual reality world after placing her telephone on top of her modem. As she delves deeper into the virtual realm, she finds herself being chased after by a mysterious organization. Besides Singer, VR.5 also starred Michael Easton, Will Patton, Anthony Head, and David McCallum.

Originally premiered on March 10, 1995, VR.5 debuted on the Fox network as a mid-season replacement. Filmed in Los Angeles, the series was largely praised by viewers upon its release. Despite the fact that it was described by many fans to be “utterly brilliant”, it was ultimately short-lived as it was eventually cancelled after ten episodes. In the end, only ten out of its thirteen produced episodes were aired during the original run. Next to Felicity, VR.5 is Singer’s second best-remembered portrayal on the small screen; it also marked the last time that she played the main lead on television.

Since then, Singer has appeared in a variety of films and series including When Will I Be Loved (2004), Little Victim (2005), Law & Order: Special Victims Unit (2011), Georgica (2014). In 2015, she also made a small appearance in the biopic, Experimental alongside Jim Gaffigan, John Palladino and Anthony Edwards.

Although the actress hasn’t been too active in the movie scene as of late, it looks like she’ll be returning  for an upcoming thriller called, The Institute (2017). Written by Matt and Adam Rager, it will also be starring James Franco, Pamela Anderson, Josh Duhamel, Topher Grace and Eric Roberts. According to IMDb, Singer will be player a character by the name of Madame Werner. As of January 2017, no official release date for the film has been announced.

Other than that, the brunette’s last appearance was in that of the award-winning documentary, God Knows Where I Am (2016), where she played the role of a home owner; it was released in February of 2016.

If you’d like to stay connected with the American actress, you can do so by following her on social mediaー you can find her on Facebook at @TheLoriSinger. Alternatively, you can also reach her on Tumblr at @lorisinger.