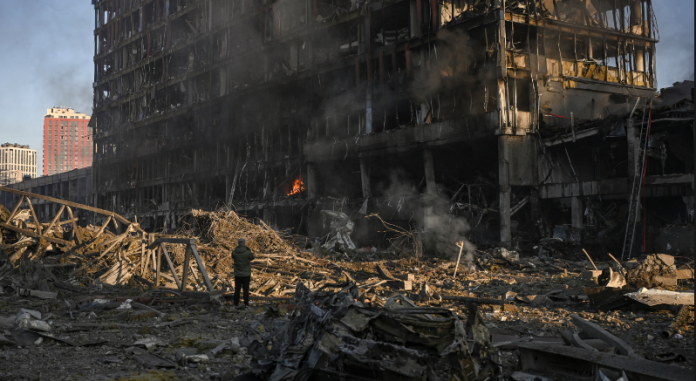 Two Russian missiles hit a shopping center in Kremenchuk- an industrial city with a population of 217,000- on Monday, killing at least 13 and wounding 40. The blast was so intense that it had blown out most windows in surrounding buildings as well as the cars below.

Following the attack, soldiers and firefighters spent many hours pulling out mangled pieces of metal as they searched for survivors. At one point, paramedics rushed into the shopping center after rescuers yelled out “200”, signaling that they had discovered human bodies. Air raid sirens could also be heard as reporters were pushed away from the scene.

According to Dmytro Lunin, the governor of the Poltava region, rescue workers will continue searching through the rubble for two days as many individuals are still unaccounted for.

Ukrainian president Zelenskyy also stated in a Telegram post that the number of victims was “unimaginable” and that those inside the mall were civilians who posed “no threat to the Russian army.”

Ukraine’s air force command later clarified that the shopping mall was hit by two long-range missiles. There are three motives for the attack, according to Vadym Denysenko, a ministry adviser; the first is to sow panic, the second is to destroy the city’s infrastructure, and the third is to raise the stakes for a sit-down talk.