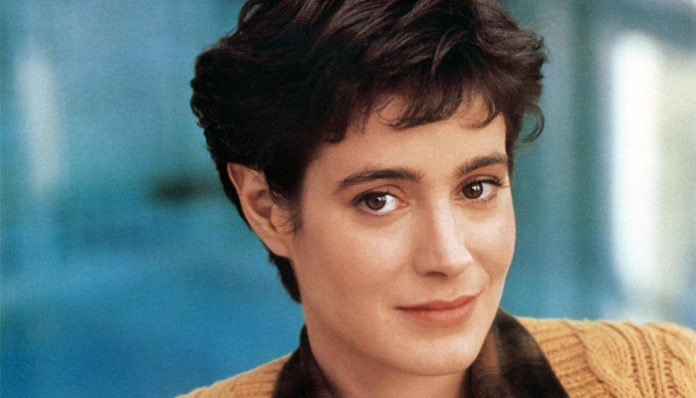 A former dancer, Sean Young has starred in several popular films including Blade Runner (1982), Wall Street (1987), No Way Out (1987), and Cousins (1989). Born in Louisville, Kentucky, Young took an interest in the performing arts early in life. Enrolling herself in dance lessons, she participated in several recitals throughout her high school years. Determined to hone her skills, she later studied ballet at New York City’s School of American Ballet. Around that time, she also got involved with modelling. As one thing led to another, Young eventually found herself in California where she promptly made her big screen debut in the romance drama film, Jane Austen in Manhattan (1980). Ultimately choosing acting over dancing, she subsequently appeared in yet another movie, Stripes (1981) the following year. Before long, the aspiring actress was cast as one of the main leads in the Oscar-nominated sci-fi thriller, Blade Runner (1982) alongside Rutger Hauer and Harrison Ford; it remains to be one of her best remembered portrayals to date.

Continuing to pave a name for herself in the industry, Young had been involved with sundry films over the past years. So far in the 2010’s, she has appeared in Send No Flowers (2013), Random Encounters (2013), My Trip to the Dark Side (2014), My Man is a Loser (2014), Bone Tomahawk (2015), and Lost Cast Corona (2015), amongst several others. Throughout her multi-decade long career, Young has amassed well over a hundred credits to her name as an actress. In addition to acting, she’s also made herself known on reality TV, having participated in shows such as Skating with the Stars (2010), Celebrity Life Coach (2010), and Celebrity Rehab with Dr. Drew (2011).

What has the 57-year-old actress been up to in the recent months? What characters will she be portraying this upcoming year? What happened to Sean Young? Where is she now in 2018? 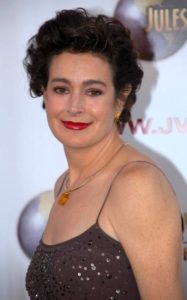 Born on November 20, 1959 in Louisville, Kentucky, Sean Young (Birth Name: Mary Sean Young) is the daughter of Lee Guthrie, a screenwriter and Donald Young Jr., a television producer. Developing an interest in the performing arts as a young girl, she spent a large part of her early life dancing.

While attending Cleveland Heights High School, Young even staged her very own dance recital. After several years in Ohio, she went to the Interlochen Arts Academyーa boarding school in Interlochen, Michigan known for their focus on fine arts training. Still very much an avid dancer at this point in her life, she later moved to New York to study ballet at the School of American Ballet. From there, Young ultimately decided to try her hand at modelling.

Once again relocating herself to a different city, this time to California, she worked several modelling gigs prior to making her big screen debut in the crime romance film, Jane Austen in Manhattan (1980). Deciding that acting was the path that she wanted to take, Young later appeared in the action comedy, Strikes (1981) the following year, where she played alongside Harold Ramis, Bill Murray and John Candy. Just a couple of years after becoming an actress, Young received a major breakthrough when she was cast as the female lead in the neo-noir sci-fi movie, Blade Runner (1982). 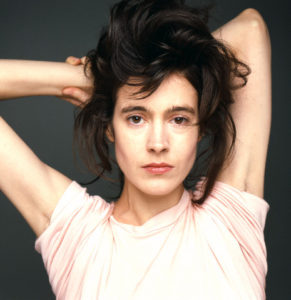 Based on a book written by Philip K. Dick, Blade Runner takes place in a dystopian Los Angeles where genetically-engineered replicants walk indistinguishably alongside humans.

Directed by Ridley Scott, the film revolves around a blade runner who must try to terminate four of said replicants who have stolen a ship to find their creator on back on Earth. One of the main protagonists, Young portrayed the role of Rachaelーan experimental replicant who believes she herself, is actually human. Given false memories, she strives to prove herself to be human throughout the course of the movie. Aside from her, Blade Runner also stars Harrison Ford, Edward James Olmos, and Rutger Hauer.

Created on a budget of $28 million, the movie made its way to theatres on June 25, 1982. Released across 1290 theatres, it earned approximately $6.1 million over its opening weekend; by the time it came off the screens a few months later, it had grossed a total of $33.8 million worldwide. Although the film garnered several awards including two Oscar nominations and a Golden Globe nomination, the general reaction toward Blade Runner was mixed; while some praised its complexity, others felt that the story stood a little thin. Nonetheless, Young’s performance in the movie brought her much widespread attentionーmany have since regarded it to be her breakthrough role.

Two years later, Young played a supporting role in the epic sci-fi film, Dune (1984). Adapted from a novel of the same title, it centered around two rival noble families in the distant future, who find themselves fighting for control of a desert planet named Dune. Filmed in Mexico City, the movie starred Francesca Annis, Leonardo Cimino, Brad Dourif and Jose Ferrer as the movie’s main protagonists. As for Young, she portrayed the role of Chaniーthe daughter of an Imperial Planetologist who is also the legal concubine of Paul Atredies, one of the film’s male leads.

Released on December 14, 1984, Dune screened across 915 theatres during its opening day and grossed approximately $6 million over the first weekend. Number two at the box office, it was only second after the action comedy, Beverly Hills Cop. Despite this, the movie ended up being a financial disappointmentーhaving only grossed $30.9 million from a production budget of $40 million. Critical reception wise, most reviews given from contemporary critics were negative; for instance, both The New York Times and Robert Ebert gave it a one star rating, the latter having described it to be “a real mess”. Regardless, Dune ended up being nominated for two Academy Awards the following year. 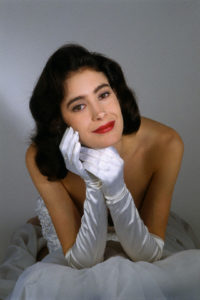 Young’s next major appearance on film came three years later when she co-starred in the political thriller, No Way Out (1987). Directed by Roger Donaldson, the movie depicted the witch hunt and coverup that ensued after a well-known politician accidentally kills his mistress. While actor Kevin Costner portrayed the role of Lieutenant Commander Tom Farrell, Young played the role of Susan Atwellーthe young woman whom he accidentally kills after pushing her over an upstairs railing. Other members of the film’s cast include Gene Hackman, Will Patton, George Dzundza, Howard Duff and Jason Bernard.

Distributed by Orion Pictures, No Way Out came out in theatres on August 14, 1987. A box office success, it debuted at number twoーjust behind Stakeout (1987). Altogether, the movie managed to gross a worldwide total of $35 million in ticket salesーover double that of its budget of $15 million. Critically acclaimed, it receive copious amounts of praise from mainstream publications such as Time Magazine and The Washington Post; contemporary critic Roger Ebert also gave the film a perfect four out of four star rating, having described it as an “ingenious” work.

In 1994, Young played the female lead in the major blockbuster, Ace Ventura: Pet Detective. A Morgan Creek Productions, it starred Jim Carrey as Ace Venturaーa Miami-based private investigator who specializes in the retrieval of captive or tamed animals. While he played the title character, the actress’ role in the movie was unique in that it saw her as two different characters; she played both Lieutenant Lois Einhorn and Ray Finkleーthe latter of whom is a patient at a mental hospital. Besides Carrey and Young, Ace Ventura: Pet Detective also featured Courtney Cox, Tone Loc, Dan Marino and John Capodice in its cast list.

Upon being released in theatres, the comedy flick managed to gross over $12 million in 1700 theatres within the first week. By the time it stopped showing, it had earned a total of $72.2 million in the United States and Canada alone; internationally, it went on to rake in an additional $35 million. Although reaction to the film was generally mixed (it currently has a 45% rating on Rotten Tomatoes), Ace Ventura: Pet Detective has since been recognized by the American Film Institute, having been included in the “AFI’s 100 Years…100 Laughs” and the “100 Years…100 Movie Quotes” lists. A subsequent sequel called Ace Ventura: When Nature Calls was later released in 1995, although Young did not return for the project.

Starting to branch out further into television following the new millennium, Young was involved with a number of series including Third Watch (2002), Russians in the City of Angels (2003), Kingpin (2003), Boston Public (2003), Reno 911! (2004), and CSI: Crime Scene Investigation (2006), to name a few. In 2010, she was also cast as a recurring character in the popular romance drama, The Young and the Restless where she appeared for 45 episodes.

The actress has a lot of projects upcoming for this yearー just looking at her IMDb page, we can see that she’s been busy working on over half a dozen films. For instance, one of themーa drama film called Hart Blvd (2017). will revolve around a college dropout who discovers live is not what he expected after he is forced to move in with his grandfather, a retired harbor pilot who has recently broken his hip. In it, Young will be playing the role of the female protagonist, a young woman named Marie.

Some of her other forthcoming projects include a comedy thriller titled, In Vino (2017), a horror indie film, Escape Room (2017), a fantasy action movie, Dark Ascension (2017), and a comedy film, Nick and Nicky (2017), amongst a few others.

If you’d like to stay up-to-date with the 57-year-old actress from Kentucky, you can do so by following her on social mediaーyou can find her on Twitter at @SeanYoungSG. While you’re at it, remember to also drop by her official website for some of the latest news!