What Happened to Craig Wayne Boyd – Now in 2018 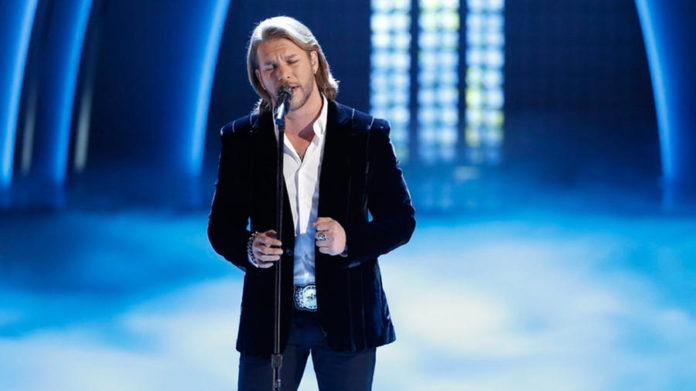 American country singer Craig Wayne Boyd rose to fame after winning the seventh season of the NBC reality series, The Voice. Growing up in Dallas, Texas, he often listened to country and gospel music. Later getting himself involved as a teen, he joined a local church choir with whom he performed with for several years, before ultimately becoming their director. After having accumulated many years of experience, Boyd set off for Nashville- the country’s musical capital, in attempts to realize his dream of working in the music industry. At the age of twenty five, not long after his cross country move, he successfully forged a publishing contract with EMI. Over the next few years, he continued to write songs and perform local gigs; however, he was still a long ways away from realizing his dream. At one point, the financial pressure on his shoulders nearly caused him to quit music altogether; Boyd soon received a lucky break however, when he auditioned for the reality talent show, The Voice.

For his blind audition, the Texas-native performed a rendition of Marty Stuart and Travis Tritt’s The Whiskey Ain’t Working. Having put on a successful performance, he eventually chose American singer Blake Shelton as his coach. After several weeks of singing, he was declared as the winner in December of 2014. Aside from bringing home the champion title, Boyd also received a cash prize of $100,000 USD as well as a recording contract with Universal Music Group and Dot Records. Following the end of the competition, the country singer gave a awe-striking performance at the Grand Ole Opry, prior to embarking on a 65-city tour across the country. Although he originally planned to release his debut album in 2015, it was later reported that he had parted ways with the label. Before leaving Dot however, he released the hit single, My Baby’s Got a Smile on Her Face, which proved to be a chart topper on the US Hot Country Songs Chart.

Having said that, the country singer had released two independent studio albums even prior to participating in the NBC competition. In the summer of 2008, he dropped his full length debut, Craig Boyd, which was later followed by I Ain’t No Quitter in 2013. As far as singles go, Boyd has released eleven different titles including Can’t You See, Some Kind of Wonderful, You Look So Good in Love, I Walk the Line, The Old Rugged Cross, and In Pictures. On the small screen, the artist has been featured in a number of television shows such as The Tonight Show Starring Jimmy Fallon (2014), Ellen: The Ellen Degeneres Show (2014), and Home & Family.

What has the 37-year-old country singer-songwriter been up to since then? What new projects have the Texas native taken on recently? Can we expect to see any new releases from him this year? What happened to Craig Wayne Boyd? Where is he now in 2018? 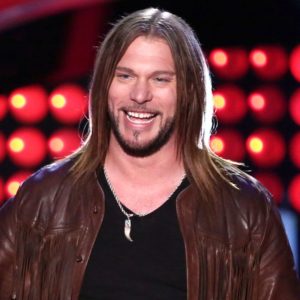 Born on December 31, 1978 in Dallas, Texas, Craig Wayne Boyd spent most of childhood in the suburb of Mesquite. Having listened to music often as a youth, he was especially fond of country and gospel tunes. Eventually wanting to get involved himself, he joined a local church choir with whom he sang with for many years. Recognized for his contributions to his group, Boyd later became chorus director. Growing up, he had always aspired to pursue a career in the music industry. Thus, following his dreams, he relocated to the country’s music capital- Nashville, Tennessee in the early 2000’s. As luck would have it, he quickly landed a publishing gig with EMI.

For the first few years, things looked promising for Boyd- he wrote songs, performed local gigs and even went on national tours; during the early 2000’s, he opened for a number of artists such as Brantley Gilbert, Jamey Johnson, and Randy Houser, among others. However things soon proved to be difficult; after ten years of such work, financial pressures started to weigh him down- at one point, he was even on the verge of quitting music altogether. Fortunately, a big opportunity soon came his way. In 2013, Boyd auditioned for the seventh season of the NBC reality competition, The Voice; little did he know at the time that it would bring him newfound fame as a country singer.

Craig Wayne Boyd on The Voice 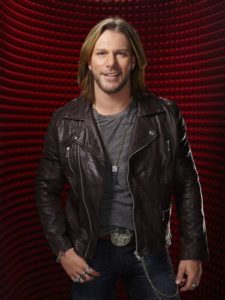 Created by John de Mol, The Voice– as its name implies, is a singing reality competition. Based on the Dutch The Voice of Holland, the show aims to find unsigned talent through a series challenges presented with each episode. Unlike other shows where the winner is solely determined by the judges, the winner of The Voice is determined by the public through text, telephone and the internet; they are then awarded a cash prize of $100,000 USD as well as a recording deal with the Universal Music Group.

Unique to the reality series, The Voice features a number of judges who each form their own team of artists during the initial “Blind Auditions”, after which they mentor them for the rest of the competition. During the try outs, each coach is seated so that they have their backs faced against the singer; should they be interested in the individual, they then press a button which swivels their chair around- this indicates that the judge would like to have them on their team. If more than one expresses interest, the artist then gets to select his own coach.

At the age of thirty six, the Texas-native debuted as a contestant on the seventh season of the NBC reality show. For his audition, he performed a rendition of The Whiskey Ain’t Workin by Marty Stuart and Travis Tritt, after which two coaches turned their chairs around- Pharrell Williams and Blake Shelton; Boyd ultimately chose Shelton to be his coach. During the subsequent “Battle Rounds”, in which a coach pairs two members of their team to sing together, Boyd was grouped with James David Carter- together they performed Pat Green’s Wave on Wave. Unfortunately, Shelton picked Carter over Boyd following the performance, causing him to be at risk of leaving the whole competition. Luckily however, Boyd was saved by another coach, Gwen Stefani using a “steal”.

For the Knockout Round, the country singer was paired with Jamaican singer, Anita Antoninette, he then sang The Marshall Tucker Band’s Can’t You See. Although he ended up losing the round, he was saved aka “stolen back” by his original coach, Shelton, which led him to advance to the next round. During the Live Playoffs, as it was called, Boyd sang Soul Brothers Six’s Some Kind of Wonderful; with help from the Public’s votes, he successfully made it to the Top 12, during which he sang You Look So Good in Love. Later advancing to the Top 10, Boyd sang Johnny Cash’s I Walk the Line, which earned her the majority of the public’s votes. For the week of the Top 8, the singer performed Eagles’ Take It Easy; saved by the public vote once again, he soon found himself competing in the Top Five.

During the highly anticipated Semifinals, Boyd was told to perform Merle Haggard’s Workin’ Man Blues; on top of that, he also sang an iTunes Top 10 hit, The Old Rugged Cross. Having successfully impressed the public with his singing, he subsequently advanced to the finals. For the finals, the country singer sang three titles- Alabama’s In Pictures, Randy Houser’s Boots On, and an original song entitled, My Baby’s Got a Smile on Her Face, that last of which was originally written for his coach, Shelton.

On December 16, 2014, Boyd was declared as the winner of the seventh season of The Voice; it also marked Coach Shelton’s fourth team win. 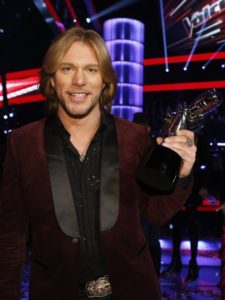 Following his win, Boyd was given a prize of $100,000 USD as well as a recording contract with the Universal Music Group and Dot Records. Shortly afterward, he also gave a performance at the Grand Ole Opry, after which he embarked on a 65-city concert tour.

Although he originally planned to release his debut album sometime in 2015, prior to that happening however it was later announced that he had parted ways with the Dot label. Having said that, he did release one single- My Baby’s Got a Smile on Her Face, the song which he sang during the finals, with Dot in December of 2014.

Written by Stephanie Jones and Mark Marchetti, the song is most well known for being Boyd’s coronation single. As it was revealed on the show, the single was originally written for Blake Shelton, who had planned on recording it himself. During the finals however, Shelton had decided to give the song to Boyd. Made available via Digital Download, My Baby’s Got a Smile on Her Face entered the Hot Country Songs Chart at number one- making it the second single in the history of the chart to have ever debuted at the first position. After debuting at number one for a week however, it fell off the rankings the following week. Aside from having charted on the Hot Country Songs, it also peaked at number thirty four on the Billboard Hot 100; outside of the United States, the single also saw success in Canada where it reached number forty five on the Canadian Hot 100.

While Boyd never ended up releasing a full length album following his time on the show, he did contribute to the studio album, The Voice: The Complete Season 7 Collection (2014) in which he performed the titles Can’t You See, You Look So Good in Love, Some Kind of Wonderful, I Walk the Line, The Old Rugged Gross, and Workin’ Man Blues, among a few others. Additionally prior to his time on the reality competition, he had released two independent studio albums entitled, Craig Boyd (2008), and I Ain’t No Quitter (2013).

In 2015, the country singer also released another single entitled, I’m Still Here; unfortunately, it did not end up charting in the United States.

There’s some good news for us fans- it looks like Boyd is getting ready to release his new album, although the title has not yet been released. As it’s posted onto his PledgeMusic page, the artist will be offering some special bonus content for those who would like to pre-order his album online. For example, for $25 fans will not only receive his new album on CD, but also the album download and access to exclusive updates. Other perks are available as well such as a signed copy with a pledge of $30 and an invitation to an exclusive album release party with a pledge of $40.

If you’d like to keep in touch with the singer-songwriter from Dallas, Texas, you can do so by following him on social media- you can find Craig Wayne Boyd on Twitter at @CWBYall. While you’re at it, be sure to also visit him on Youtube and Facebook at @Craigwayneboyd.