Oasis Hookah Update for 2018 – What Happened After Bar Rescue 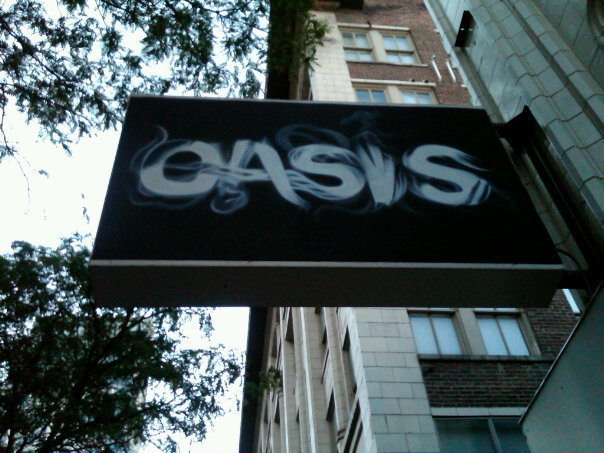 In 2010, recent college graduate and soon to be father Jesse Hill plunged $50,000 into the investment of his dreams – a hookah bar. One of his frat brothers introduced hookah to Jesse, and he thought it would be easy to do. Upon opening, Oasis Hookah Bar was the first and only hookah bar in Omaha, and people swarmed to check it out. Nobody had seen anything like it in the state of Nebraska. In their heyday, Oasis was making around $30,000 a month. Jesse hired Oasis-regular Corrie, who knows a lot about Hookah and is the only employee who had been there since the start. Her quick leap from patron to manager lead to a decline in service, cleanliness, and accountability. The place has started to run crazy according to senior bartender Brandon. Instead of tackling the bar’s problems, Jesse retreated to his office, and under Corrie’s management, the bar turned into a drought. Now $100,000 in debt, Jesse has called for help from Jon Taffer.

Leaning on Nebraska’s eastern border lies the city of Omaha, with a population of only 421,570, it is the nation’s 42nd largest city. Home to a young and bar hopping crowd, 60% of all people under the age of 30 are single. Despite being located within a mile of the trendy Old Market district, Oasis fails to draw in any of the Omaha nightlife. Out front of Oasis, Jon Taffer pulls up with two experts in the car. The first thing they all agree upon is that the facade in the front of the bar is unremarkable and bland – it is frustrating how boring it is. Joe Brooke, the 2011 people’s Choice for Best LA Bartender agrees with Jon, and John Naddour, renowned Hookah expert, mentions that the sign blends into the front of the sign.

Jon explains that the bar marketing to the street concept is known as “trade dress,” which is creating an appearance that matches what is happening on the inside of the bar. Hookah is all about a few regions of the world, so you should see the theming of the bar. It just doesn’t connect. Two blocks away is the Old Market district which is full of interesting attractions, such as mixology bars, and they are capturing all the evening traffic. Oasis Hookah Bar is the only opportunity to smoke hookah in the city. Unfortunately, if there is no competition in the market segment, 70% of the time it means that there is no opportunity, Jon explains. 30% of the time, they are there, and there is an opportunity. John is there for the chance to prove that 30%. 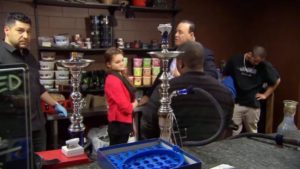 Outside in the car, Jon and his experts observe from the car. Jesse is in the back office smoking hookah, which John says is Jesse’s potential profits. Jesse also has a child at home and he is about to lose everything, and he is sitting in the back office looking at videos. Senior bartender Brandon is asked if he wants to take a shot, but he says that he does not drink while working. Manager Corrie is asked how a hookah works, and she complains that she does not know how that specific hookah works. Server Nate, who Joe says he wants to call “MC Hammered,” is eating a piece of pizza. In the back of the office, all of the staff are eating a pizza, and the only one working is Brandon. The atmosphere of the hookah bar is that of a frat house.

Jon sends in his two spies, Jack and Abbie, who are part of the target market segment into the bar. Abbie actually works at a mixology bar in the Old Market district. The spy enters the 4,000 square foot space with a circular bar, a single service station, and a separate hookah bar located near the rear of the building. The chairs are broken and Jack wobbles back and forth inside the bar. All of the chairs are made from custom upholstered leather, but Joe says that those types of chairs are the chairs you sit on and stand up pregnant. Nate greets the two and welcomes them, and Abbie orders the Oasis Water, which Nate says he does not even know what is in it. The bar is in disrepair, and garbage is sitting in plain view of the customers.

To make things worse, the bartender pours Jack and Abbie a drink directly from the container. Joe explains that this is a huge issue because he does not know how long the bottle has been sitting, and since it is the bottom of the bottle, there is no way to know if there is bacteria in the liquid. Jack and Abbie order a white peach and blueberry hookah flavor; manager Corrie is struggling to put a hookah together. Jon’s spies wait for 20 minutes to receive their hookah, and the staff is also standing around and doing their own thing. If they timed things right, they could get the hookah out in one minute. Nate knows that Jack and Abbie have not smoked hookah ever before and do not introduce them to the idea. The hose is dirty and Jack says it looks like a sweatband. Abbie heads to the bathroom, which is disgusting and has a toilet with backup sewage in it. She also hates her drink and asks Jack to help her finish it. Jack goes to the men’s bathroom and pukes into the toilet, which also does not flush. Jon has seen enough and storms into the bar with his two experts, where Jesse is sitting in the back office playing Connect Four.

Jon is irate and rips into Jesse about the circumstances of the bar, but Jesse says that the bathroom is working properly. However, he feels that the issues fall upon management, but Brandon says that Jesse is sitting in the back. Behind the bar, Joe has gloves on and says that nobody should touch his hands right now. The bar is full of mildew and mold, as well as a tub of vaseline? Jon also mentions that when he walks, his feet stick to the floor and make a sucking sound. The gigantic bottle that held Jack and Abbie’s drink also says “for use with water only,” which means when citric acids are absorbed into the plastic, people get sick. Needless to say, Jon has his work cut out for him with this bar rescue. In the hookah bar, all the hookahs have residue, grime and grease, and this is a perfect breeding ground for bacteria.

Oasis Hookah Bar Now in 2018- The After Bar Rescue Update

Following Jon Taffer’s efforts, Oasis Hookah Bar was renamed to Taza Nightclub, de-emphasizing the hookah aspect of the bar. With Jon’s knowledge, he instructed that the bar check for IDs and only allow 21+ year olds in instead of the previous 18+ year olds (hookah is a tobacco product, meaning you only need to be 18 to buy and use, but with alcohol in the bar, it was safer to only allow 21 year olds in.) In 2016, Taza was renamed to Oasis Hookah Bar and Jesse managed to undo all of Jon’s efforts. Only within the past month, February of 2017, Oasis/Taza closed down despite keeping an active social media presence and producing deals to draw customers in. In December of 2016, the Omaha City Council declined to renew Oasis’s liquor lounge, saying that there have been too many 911 calls of people getting sick over the years. Oasis Hookah bar is now defunct, and the Yelp and Facebook reviews are all terrible with many saying that they were also made sick.