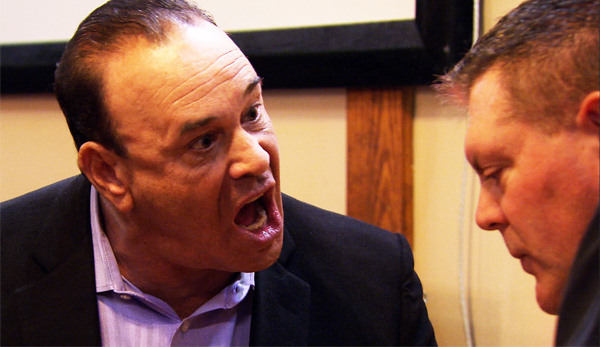 In 2005, having just lost his job, Jerry Dalwrimple discovered his parents’ favorite bar, O’Banions, was for sale. Thanks to severance packages and a built-up savings, Jerry called up his buddy Steve, and Steve said that if the numbers were right, they would do it. Dave, Jerry’s brother, both went in at 40% ownership while Steve went in with 20% ownership. Dave says that at first, it was a very cooperative effort and it was exciting and new – they had big plans. For the first 2 years, business boomed and they brought in $20,000 per month. Money rolled in, so Dave and Steve felt confident putting the managing responsibilities in Jerry’s hands. However, Jerry was left unsupervised and his behavior took the party to extremes. He would aggravate coworkers and run off customers. Friday night was “drink on Jerry’s dime” night and patrons would just wait until he got so intoxicated on Saturday that he would buy everybody rounds. One of the patrons said that he found himself getting random drinks from strangers and even staff. The three owners butted heads on how to save the bar, and ultimately, this led to Steve and Dave calling in Jon Taffer to help save the bar.

Bellevue, Nebraska, is just a few miles south of Omaha and a stone’s throw from the Offutt Air Force Base; home to 22,000 airmen with an average of 23 years old. The base houses only one bar and restaurant, and still, O’banion’s misguided Irish theme fails to attract the military crowd. The scene opens with an intoxicated Jerry mocking the bartenders for not knowing which tab is which. Outside, Jon Taffer has pulled up with Steve and Dave to perform some reconnaissance on the bar. Dave admits that they were struggling and have finally reached the point where if something does not change, they will not be in business anymore. Steve also explains that the bar started out well, but over time, Jerry has stopped listening to any input from any of his staff. It’s now Jerry’s way or the highway.

Dave explains that O’Banion’s was their parents’ favorite hangout since their father served 21 years. The investment cost $160,000 between the three of them – originally, their houses were put up as collateral for the loan for the bar, but they instead opted for cash. Jerry runs the bar; the three friends grew up together and having been friends for 30 years, things have finally gotten strained due to financial pressures. The three only have seven months to save the bar before it will close down. Jon starts by explaining that one of the signs, the sign that faces the highway, is out. The only time O’Banion’s is profitable anymore is due to St. Patrick’s Day, and the Irish theme has been totally lost over time. Jon pulls up the surveillance camera to observe the happenings of the bar.

O’Banion’s is a 2,500 square foot bar with one speedwell, no POS systems, and an unused kitchen space. Jerry is nearly intoxicated as the three view from the car outside. Jon asks for information about the staff, and Steve explains that Michelle has been with them for six or seven years, and bartender Brittany is said to spend a lot of time texting on her food. The other Brittany, has only been working at O’Banion’s for three months. Jerry is off partying while one of the customers is seen attempting to place an order for food. O’Banion’s used to serve food, but they no longer do; Jerry took it upon himself to sell all the restaurant equipment without consulting Dave or Steve. One of the customers is seen eating a Jimmy John’s sandwich, and Jon explains that when one customer eats, all the other customers will see the person eating and that one person then causes five others to leave.

They also have a fake Turbotap using rubber hoses, which is a breeding ground for bacteria – a real Turbotap would use stainless steel. Jerry is playing beer pong with the patrons of the bar, and Jon explains that Jerry is the loudest person in the bar. Steve and Dave do not see themselves succeeding with Jerry acting the way he is. Jon then explains that the two have 60% ownership, so they could easily take over the accounts and bills and oust Jerry. Jerry walks over to a table where a patron is stacking glasses and knocks it over himself, and he is clearly intoxicated. Having seen enough, Jon takes the two men inside the bar and pulls Jerry aside. The three men lambast Jerry and call him a drunken fool and explain that they have talked about not drinking in the bar numerous times. Steve and Dave announce that they are taking over with a hostile takeover and demand Jerry’s keys and relieve him of his managerial duties temporarily. Jon takes his leave for the night.

The next day, Jon returns to the bar to have a meeting with the staff, Jerry included. He introduces himself to the staff and asks Jerry what he is doing. Bartender Brittany says that the entire situation was a circus, then Jon explains that Jerry is now a minority partner and Dave and Steve can fire him. The bartenders are all embarrassed with Jerry’s antics, but Jerry tries to defend himself by saying that he only receives excuses from why Dave and Steve are never there. If Jerry has one drink while Jon is here, then Jon will leave and Jerry loses his house.

Jon brings his two experts in; Trevor Frye, the mixologist expert with a knowledge of cocktails for the young crowd, is set to work with the bartending staff to elevate their skills and introduce some new cocktails. Jon takes the three men to the kitchen; when the bar closed last night, he sent his team in to install a brand new kitchen. The kitchen has been entirely renovated, and Nick Liberato, the culinary expert, has been brought in to train the three men on how to perform kitchen duties. Nick starts with having the three men doing dishes; the three sinks have not been used in over a year. The grease trap is full of grease and bacteria. Unfortunately, the training takes an extra day to get started while the grease trap is scrubbed clean by a plumbing company – fortunately, the situation is salvageable and the training continues over the next few days without a hitch.

Fortunately, Jerry seems to have recovered from his straying path of impending alcoholism and is a far more professional manager; Steve and Dave saw it fit to have him stay around as a manager. O’Banion’s bar and grill has been renamed to Sorties Tavern. Jon took it upon himself to install a more proper military theme, honoring the men and women of the nearby Air Force base. Unfortunately, Sorties Tavern is suffering from an incredibly poor 1.2 star review across 5 different reviews on Yelp. The bar is still open to this day, but has been listed for sale several years ago. Shortly after the episode of Bar Rescue, the staff stopped using the kitchen again and the bar was plagued with the same problems. The Facebook page for Sorties Tavern has been inactive for the past couple years, which only leads one to think that this Bar Rescue was a failed attempt. As mentioned earlier, the bar is currently up for sale but no information can be found about prospective buyers or why exactly the bar was placed up for sale.