Planet Popcorn Update 2018 – What Happened After The Profit 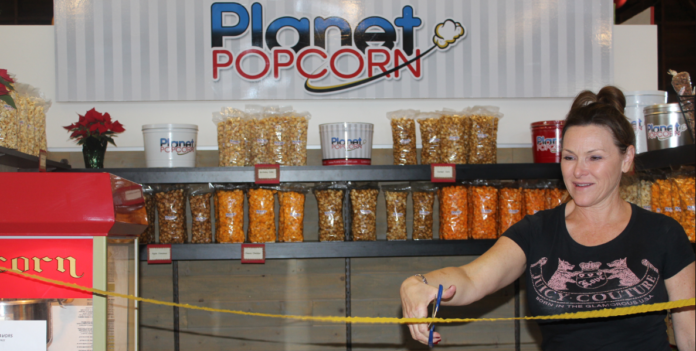 Planet Popcorn Before The Profit

Before appearing on the Profit, Planet Popcorn had a contract with Disney that rocketed the business up to a multi-million dollar company. While that sounds rosy, Planet Popcorn was still be mismanaged into failure. They were losing hundreds of thousands of dollars each year due to bad accounting practices. The woman that owns the business, Sharla McBride, ended up asking her mother to take out a second mortgage on her house so that Sharla could keep the business up and running. Let’s take a look, and see if Marcus Lemonis can help Planet Popcorn turn itself around, and become profitable again.

Planet Popcorn on The Profit 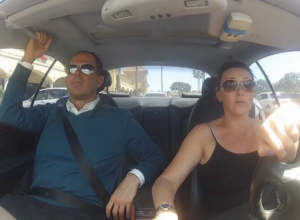 According to the introduction, Planet Popcorn’s owner, Sharla McBride started her company with less than $500 and just one popcorn cart. She grew it over the course of 13 years to include 30 employees, three different flavors, and many different products from churros and crepes to kettle corn. Planet Popcorn sells at Disney World, as well as farmer’s markets, and county fairs. The business is not profitable even though they generate $2.5 million a year. The McBride matriarch has lent her daughter over $200,000 at the expense of her financial freedom to keep the business afloat.

Planet Popcorn does not accept credit or debit cards and operates on a cash only basis. Marcus pointed out that that accounting method leaves the business open to theft, and missing money. Once he got to their cart, Marcus asked to taste the popcorn. He stated that the caramel corn was amazing, but he was also watching Sharla shove money into a sack. Marcus asked if she was just going to leave the money there, and she explained that it was petty cash for when her employees needed quarters and ones. Marcus asked if they had a safe, and Sharla said that they did not have one in the stand. She told him that they also did not have any security cameras. Marcus asked how much Sharla expected to make from this particular fair. She explained that Planet Popcorn would probably make $70,000 from the weekend, but there were many additional costs that go into that weekend as well. Marcus pointed out that the Disney contract was important because she would be able to predict sales and would get steady traffic.

Marcus said that he was willing to invest in the business if Sharla would be open to taking the company to the next level. In the next scene, he walked into the Planet Popcorn back office which had unguarded cash seemingly on every flat surface. Marcus pointed out that it would be possible for him to come in and steal $20,000, without Sharla ever knowing it. Marcus was greeted by a man in a white polo shirt, who introduced himself as Casey. Casey was the accountant. He stated that he would like to see Planet Popcorn grow and get more organized

Sharla said that she’d grown her business by opening more locations and diversifying her products. Marcus pointed out that while that approach may generate more revenue, it did not necessarily equate to more profit. Marcus wanted Sharla to concentrate on the popcorn business instead of continuing to branch out into other areas. He saw the kitchen for Planet Popcorn, where there were bags and bags of popcorn with no tracking mechanisms. Marcus was also disturbed that Sharla borrowed over $100,000 from her mother to get the business afloat.

Marcus held a meeting with Sharla, her mother, and her fiance. He wanted her to open a website, and start to take Popcorn orders online. He wanted to get a storefront in Disney, and wanted her to get a singular focus on popcorn while tightening her business practices. Marcus again pointed out that the concession business was a lot of work with little reward, while the Disney part of the business was wildly profitable. He offered her the money to become a household name if Sharla agreed to get out of the carnival business. Sharla told him that she wasn’t comfortable with that, but Marcus pointed out that that narrow view was putting her mother at risk.

Marcus told her that he needed to be in charge of the business for a week, and he would give her $200,000 in exchange for 50% of the firm, which would give him financial control. Steve, Sharla’s finance, said that he didn’t agree with the deal because it was ridiculous, and he walked out. Marcus pointed out that the business was going to fail if it did not get the cash infusion that he was offering.Sharla told him that she was not willing to give up full financial control. Marcus pointed out that she did not understand the cost of materials or pricing. He also let her know that he owned the domain name planetpopcorn.com since she had neglected to secure it. He said that he also bought popone.com, which was an organic line that they could create. Sharla wanted to stay a woman-owned business, but Marcus pointed out that he had resources that she did not. Casey said that he would do it in a heartbeat, and Sharla finally gave in.

Once they got back from location scouting, Marcus began to implement other changes. He began cleaning out the office, installed cameras all over the main location and the carts, and also instituted an inventory management system for the popcorn. Marcus also had a point of sale system where they could track their inventory and cash. They had the meeting about the website with Salem, the web designer. Marcus also brought in a packaging expert. Sharla looked uncomfortable as he went over the designs he had for the Planet Popcorn logo. Sharla told him that she was not willing to change to the logo at all.

Marcus told her that they could make a lot more money if the packaging were updated, and if they had more creative names. Sharla said that she would be fine with the updates as long as they kept her font and design. Marcus agreed to it, and she made a face at him. Sharla did not understand why she needed other packages when she really liked the bag. Marcus said that the perceived value of the tin would help with sales. They could charge more for it because it looked nicer. Marcus pointed out that the tin was reusable, and customers could bring it back in for a cheaper refill.

Next, Marcus went over the books with Casey. Each cart makes about a hundred thousand, so the business generates $350,000 in profit a year. Marcus pointed out that there was no cash in the bank. As they were discussing that, Sharla’s mom came in to say that Sharla was uncomfortable with them discussing numbers until she was there. As they waited for Sharla to get back, he asked what would happen if the business went under, and her mom said that she would lose her house.

When Sharla returned, Marcus went over the discrepancy on the balance sheet. Sharla did not seem concerned, which was alarming to Marcus. She said that she did not understand the numbers, so Marcus said he would get an accountant to do it. The next day, Marcus had a forensic accountant go over the books, and the auditor discovered that the business actually lost $400,000, which is more than Marcus originally estimated. When Sharla was confronted with the fact that someone was stealing, she did not appear to be surprised.

Marcus confronted Sharla about an email chain that he received from Salem, the web designer, which implicated that Sharla had been trying to buy the popone domain from Marcus behind his back. Marcus said that he did not want to do business with her because he couldn’t trust her. He told her that she blew it because she had no integrity. He said that he felt bad for Sharla’s mom and the other employees, but he was out of the deal.

Planet Popcorn Now in 2018 – The After ‘The Profit’ Update 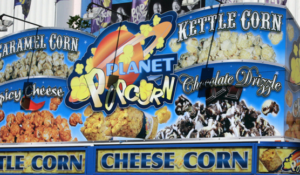 Since appearing on The Profit, Sharla lost her deal with Disney and had to rebuild her entire business. She and Marcus repaired their relationship, and he ended up investing $50,000 in her, and the changes that she made – in exchange for 40% equity. Planet Popcorn now has a location in Lego Land, California. It looks like they have a place in the Irvine Spectrum Center as well. If you would like to purchase some of the famous popcorn yourself, you can do so one the Planet Popcorn website.