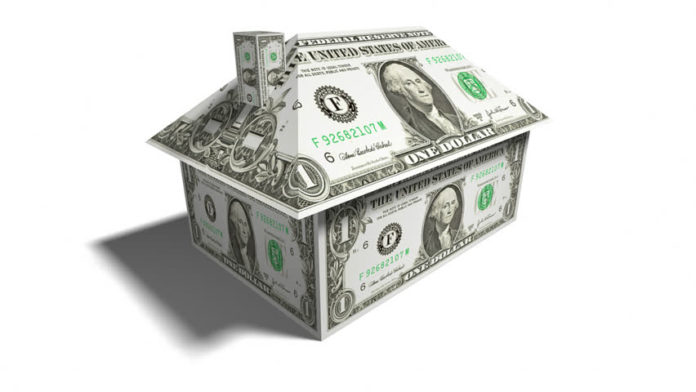 Back to a touch of levity today, after a grueling slog through unpleasantness yesterday. The most expensive houses in the world, such a great topic. One would expect super high tech homes of tomorrow, but no. Most of the homes here are worth a lot due to their peerage. So many of them are in London as well, a city rich with history and rich with the rich as well. Nothing quite like spending an afternoon researching the wealthy, eating a grilled cheese sandwich and wondering, what if. So let’s take a look down through the home lives of the rich and, for the most part, nameless. 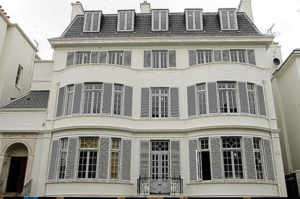 Kicking us off is this lavish mansion in London. Space is at a premium in the city, so this 10 bed room place has been expanding downwards. There are ten rooms in the house proper, and the interior is lavishly decorated in gold and marble. A little too rich for my tastes, but you can’t deny the majesty of good quality marble. under the surface is a gym, a pool, a cinema and, the stalwart of all fancy houses these days, a panic room. It is owned by daughter of former Ukraine president, Olena Pinchuk. She is the founder of AntiAids foundation, a private charity firm focused on ridding Ukraine of AIDS. The house is currently worth $128 million. 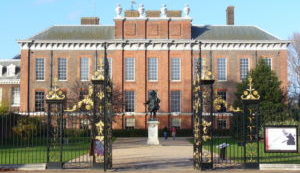 This one is absolutely gorgeous. Kensington Palace, again in London, as if the name didn’t give it away, is owned by Roman Abromovich. Roman is the owner of Chelsea football club, and the director of investment firm Millhouse LLC. Of course, he’s also an oligarch worth $7.6 billion, but that’s besides the point. The home is in the process of having a basement extension added, very popular with the mega rich in London these days, and there are plans to add a Health Center, a car showroom and a tennis court. the property is currently valued at $140 million 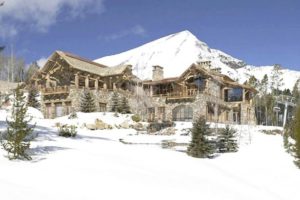 Finally out of London and over in Montana. Bit of an odd sentence there, but Seven the Pinnacle is in the heart of the mountains. A private ski rest and cabin, The Pinnacle was owned by former lumber baron Tim Blixseth, co-founder of the now defunct Yellowstone Club. Blixseth is now bankrupt, and the ownership of the property is suspect, but it is still valued very highly, at $155 million. 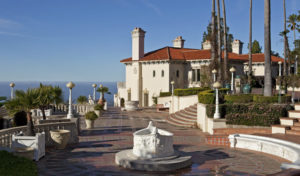 In San Simeon California there sits a castle. The historical landmark property is worth an estimated $191 Million landing it in the number seven spot on my list. It was built for Newspaper mogul William Randolph Hearst, and if that name is familiar to you then you’ve probably seen Citizen Kane. The film’s own Xanadu was a reference to Hearst Castle, as was the film in general a riff on Hearst’s life. The castle is now a part of the California State park system, and is open to the public. 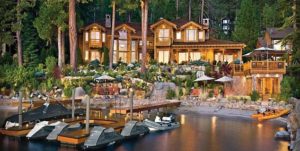 Still in California, the Ellison Estate is comprised of around ten buildings, but the property is counted as one home. It is owned by Larry Ellison, founder of Oracle, the worlds second largest software developer on the planet, after Microsoft. The estate features a man made lake, koi pond and tea house. Overall the feel is very low key Japan. It is currently valued at $200 million. 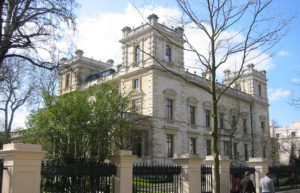 Back in London again for this one, and again on Billionaires row. Kensington Palace Gardens is spread over two properties, counted as one home, and is very close to Prince William and Kate Middleton’s house. It is owned by Lakshmi Mittal, a steel baron and one of the richest Indian people in the world. The house is valued at $222 million. On the inside we have a Turkish bath, an indoor pool and a garage that can accommodate 20 vehicles. If he’s looking for a robotic pool cleaner I could probably point him in the right direction… 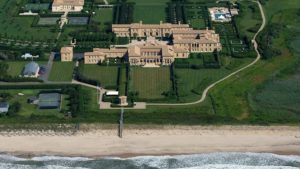 Sagaponack New York is host to one of the largest homes in the world. The Fairfield Pond is massive, 63 acres or there abouts, and is host to its own power plant, 29 bedrooms and enough bathrooms to take a leak in a different one every day for more than a month. Or 39 in common measurements. The compound, because building is too small a word for this, is owned by billionaire Ira Rennert, of the Renco Group. He has a personal fortune of $6.3 billion. The property is valued at $248.5 million. 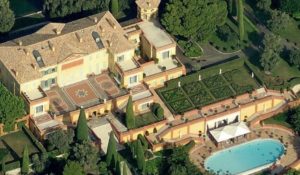 Oh there is some dark history to this one. The Villa La Leopolda was built over King Leopold the Seconds villa in the late twenties. Leopold the Second is infamous for his brutal exploitation of the Congolese people in the late 19th century, leaving us a gorgeous villa, and a name that should disgust us. It is owned by Brazilian philanthropist Lily Safra, and has an out door kitchen, a guest house as large as many mansions and was even featued in a Hitchcock flick. The property is valued at $750 million. 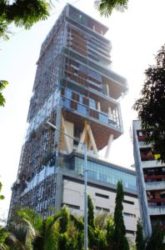 The Antilia is a bit different from the other properties on this list. for one thing it is a personal sky scraper in Mumbai. It is 27 stories high, with a further six floors in the basement, and is owned by the richest man in India, Mukesh Ambani. The top section looks more lived in to be honest, and the stylized design of the building is very attractive to me personally. Kinda hard to jive this kind of living in India from my perspective though, considering the massive wealth disparity. It is valued at a full $1 billion.

Is this cheating? I mean the queen doesn’t live here all the time, just some of the time. It was built in 1703, for the Duke of Buckingham, King George the Third acquired the property for his wife, and it was known as the Queen’s house for a time. It was expanded upon in the 1800s, and became the official London home of the reigning monarch on the ascension of Queen Victoria to the throne. The Palace contained more than 700 rooms. It is currently valued at $1.55 billion, though the true value of the property is likely impossible to discern, it is in many ways the heart of the English people.

So there they are, the top ten most expensive properties in the world. there are other places worth quite a bit, but none come close to these ten. Of note is Oprah’s houses in Chicago, of which she has around five. the most expensive is estimated to be worth $50 million.