Janet Jackson Net Worth 2018 – How Wealthy is She Now? 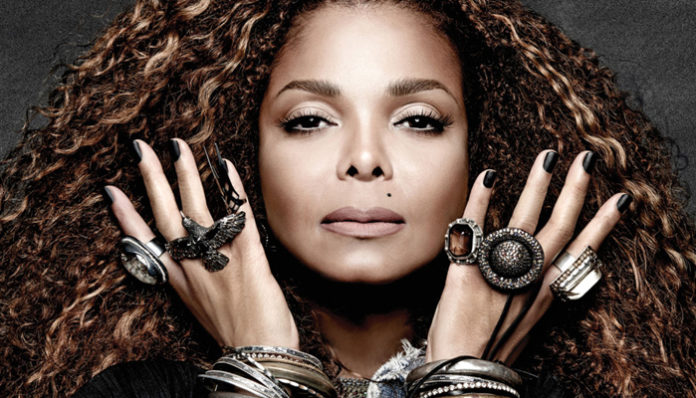 The youngest sister of Michael Jackson, Janet Jackson has become one of the most successful recording artists in the history of contemporary music. Some of her most popular hits include Together Again, Love Will Never Do (Without You), All For You, and That’s the Way Love Goes. At the age of eight, she performed on stage for the first time alongside her brother in Las Vegas. As one thing led to another, she soon found herself playing a series regular in the American sitcom, Good Times (1977).

With encouragement from her father and brothers, she signed a recording contract with A&M Records at the age of sixteen. In 1982, Jackson released her eponymous debut album, Janet Jackson. Since then, she has put forth a number of titles including Dream Street (1984), Control (1986), The Velvet Rope (1997), All For You (2001), and Damita Jo (2004), among others- all of which have been nothing short of successful.

Now one of the richest singers in the country, how did her fortune come to be? Let us take a look.

How did Janet Jackson Make Her Money and Wealth? 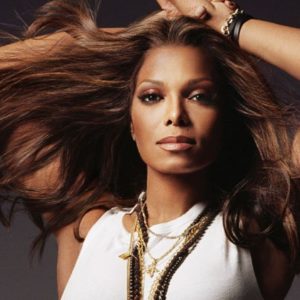 Born on May 16, 1966 in Gary, Indiana, Janet Jackson is the youngest out of the Jackson siblings. Raised in a musical household, she sang on stage for the first time alongside her brother at the age of eight in Los Angeles. After making an appearance in the TV show The Jacksons (1976), she was cast as a series regular in the sitcom, Good Times (1977)- it also marked the beginning of her career in the show business.

Following the end of the comedy series, she appeared briefly in A New Kind of Family (1979), prior to branching out to music. With the support of her father and brothers, she eventually signed a recording contract with A&M Records at the age of sixteen. From there, Jackson released her self-titled debut album, Janet Jackson in the fall of 1982. A moderate commercial success, it peaked at number 63 on the US Billboard Top 200; outside of the United States, it also charted in South Africa, New Zealand, and the United Kingdom. Supported by five singles, the album has since sold over 400,000 copies in the world.

Another album release later, Jackson received a huge break with her third studio album, Control on February 4, 1986. Significantly more successful than her earlier works, it topped both the Billboard Top 200 and the Top R&B Albums Chart- making it her first album to reach number one. Within the first week alone, it had sold over 250,000 copies- a new record for female artists at the time. By April of that year, Control had sold over 500,000 units, earning it Gold certification from the RIAA. Largely responsible for her initial fame, the album also charted within the top ten in New Zealand, the UK, New Zealand, and South Africa. To date, Control has sold more than 12,000,000 copies world and has gone Platinum five times in the US; altogether it would have earned her several million in earnings.

In September of 1989, the singer came out with her next album, Janet Jackson’s Rhythm Nation 1814. Another chart topper, it peaked at number one on both the Billboard Top 200 and on the Top R&B Albums Chart after debuting at number 28 and number 27 respectively. Within the first four months, the album had sold over 3,000,000 copies- which was a new record for the singer. One of the most successful albums of its year, it also topped the South African Music Albums Chart and the Australian Music Albums Chart.

After a few years break, Jackson returned to the music scene with her best-selling album to date, janet. Her first album to enter the US Billboard Top 200 at number one, it sold more than 350,000 copies within the first week- which was a new record for a female artist at the time. In addition to being a chart topper in her native United States, the album also topped the record charts in the UK, New Zealand and Australia. Not only did it further boost her popularity as a pop icon, but it also cemented her status as a sex symbol. Nominated for two Grammy Awards, janet. has since sold over 14,000,000 copies worldwide- an amount that has undoubtedly translated to a few millions for the star.

After signing a new $80,000,000 recording contract with Virgin Records, the released her next album, The Velvet Rope on October 7, 1997. Another commercial success, it entered the US Billboard Top 200 at number one, with over 202,000 first-week sales. Within a few months of its original release, it had sold over 4,000,000 copies. Met with critical acclaim, it charted impressively in several other countries including South Africa, Finland, France, Germany, New Zealand, Norway, and Switzerland, among others. Hailed as one of the greatest albums of all time by Rolling Stone, more than 10,000,000 copies have since been sold across the globe.

In the winter of 2011, Jackson also released her own book, the self-help title True You: A Journey to Finding and Loving Yourself, which was co-authored with David Ritz. A New York Times Best Seller, it is said to have earned her a few tens of millions in profit.

As far as business ventures go, the singer launched a line of lingerie called Pleasure Principle back in 2008. Since then, she has also released her own line of diamond jewelry known as the Janet Jackson Unbreakable Diamonds Collection, and a line of luxury mink fur coats.

Yes, Janet Jackson has been married to Qatari business magnate, Wissam Al Manna since December of 2012. The pair initially met at a hotel opening in Dubai in the spring of 2010.

Prior to her current marriage, the singer had been married to James Debarge from 1984-1985 and to Rene Elizondo from 1991-2003. From 2004-2009, Jackson was also engaged to music producer Jermaine Dupri, altogether they ultimately broke up.

Does Janet Jackson Have Any Children?

This January, the singing sensation gave birth to a baby boy named Eissa Al Manna; he is Jackson and Al Manna’s first child together.

Despite it being her first child, there have also been rumors floating around claiming that she also has a secret daughter; nothing has been confirmed.

Where Did Janet Jackson Go to College?

Janet Jackson did not go to college. After graduating from Valley Professional School in 1984, she joined her brothers in the music business. Having said that, she did state in a later interview that she had in fact, wanted to go to college- but that she wanted to go into music “for [her] father”. 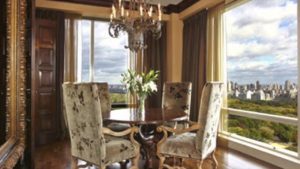 Unsurprisingly, the celebrity owns a number of luxury apartments across the United States- one of which includes her luxurious 2,094 square ft. Manhattan condo. Located on the 34th floor of the Trump International Hotel Building, Jackson had purchased the property for a little under $3,000,000 back in 1998.

What Kind of Car Does Janet Jackson Drive?

Janet Jackson has a great eye for cars- her currently owns a Lamborghini Gallardo Spider, an Aston Martin Vanquish, and a Bentley Continental GTC.

Janet Jackson as a Philanthropist

It’s no secret that Jackson is a huge philanthropist at heart. For instance, after signing an endorsement deal with Nutrisystem in 2012, she donated $10,000,000 in meals to the underprivledged.

After her Rhythm Nation Concert Tour, the singer also donated over half a million dollars to various education projects, and $500,000 to the United Negro College Fund.

Since then, she has also been involved with several nonprofits and charity organizations such as the Cinema Against AIDS, UNICEF, AIDS LIFE, Naked Heart Foundation, the Red Cross, among others.

A prominent figure in the music scene, Janet Jackson has sold well over 100,000,000 records worldwide- making her one of the best-selling artists in the history of contemporary music. To date, she is the only singer to have achieved seven top 5 hits from a single album (e.g. Janet Jackson’s Rhythm Nation 1814). According to Fuse Magazine, the iconic singer is the third-most awarded recording artist in the history of the United States.

For her musical contributions to Hollywood, she has also be recognized with both Golden Globe and Academy Award nominations.

Throughout the years, her humanitarian efforts have earned her a Commitment to Life Award from APLA, an Award of Courage from The Foundation of AIDS Research and a Vanguard Award from the Gay & Lesbian Alliance Against Defamation.