Courage B Update – What Happened After The Profit

Courage B Before The Profit

Courage B started in Greenwich Connecticut, which is one of the wealthiest towns in the United States. It was opened by the Goureau family in 2008. They have been designing and retailing fashionable clothing ever since. The mother, Noemi, is the chief designer. Her son, Nicholas, oversees all the operations. Her daughter Stephanie manages the finances and handles altercations between her mother and her brother. The store generated over $5 million in sales, they are still losing $500,000 per year.

Courage B on The Profit 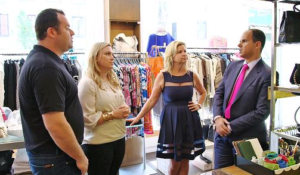 Marcus came to the Greenwich store, and one of the first things he sees is a handwritten 60% off sign. That did not make the greatest first impression on him. Marcus was equally unimpressed with the layout and display of the story. Everything was crowded in, and it kind of looks like a T.J. Maxx. Marcus maintained that there is so much product on the racks that it was overwhelming.

Marcus introduced himself to Noemi. Noemi said that she’s been in business at least 20 years, although she didn’t want to give the exact amount because it would reveal her age. Next, Stephanie and Nicholas walked out and introduce themselves to Marcus. Nicholas explained that Courage B currently had seven retail locations which would do $6 million in sales this year. Marcus explained that Courage B’s margins were lower than the retail standard, which meant that if they raised the margins by 20% they could easily overcome their $500,000 a year loss.

Marcus asked of all of the locations were cash flow positive. Nicholas said that they were but Stephanie disagreed with him. She said that one of their stores, Fopps, is going out of business. Nicholas explained that Fopps was his mother’s old store that had begun to go into debt. Marcus then went on a tour of Courage B, and inquired about who does the merchandising. Stephanie explained that the employees do the actual merchandising while a manager runs the store.

Stephanie explained that her mother was the one that looked at all of the seasons’ trends and designed based on that. Once she had a new design, Stephanie and Nicholas would look to see if it fit in with their current stock for the season. Marcus discovered that Noemi was designing everything, and no one was checking to see if it fit in with trends of the season which were costing them money. They had many boxes of failed inventory in the basement of the store.

Marcus went to see Fopps in Manhattan. He learned that they typically make about $1500 on a good day, but the rent was $30,000 a month. Marcus discovered that even though Courage B had excellent retail locations, they were bad at merchandising and their clothing designs had inconsistencies. Then, Marcus went to see them at their corporate office. That had a much better layout than any of the stores did.

Stephanie showed Marcus their best-selling product, which was a duster cardigan. They were able to make it for $11 and then charge $99 for it. He then saw a couple different bags that showed him that Noemi was a fantastic designer, But then he saw the financial reports. He saw that they had about $400,000 tied up in inventory that wasn’t right for the business. Marcus said that the real problem is that the company doesn’t have the right products out in front of the customers. He thought he could make money if he was able to put that right product out, and merchandise that correctly.

Marcus has to take the financials to look over since he would have to change both the product and the process. Marcus said that they need to change every product that they had. He asked how much money they thought the business needs, and Nicholas says that he thought they needed about $1 million. Marcus offered $800,000 in exchange for 50% of the business. All three of them gasped. Marcus reminded them that if they didn’t do a deal with him, Courage b may not make it. Nicholas told him no.

Marcus called a meeting with all of the employees and told him about the deal. He informed them that Noemi is not going to be fully in charge of designing anymore. He told them that they would rebrand and re-merchandise all of the stores through a planogram system. Marcus said that he wanted to make sure that everything was top quality, and he would do that by proving the manufacturers that they use and tightening up the designs.

Marcus called all of the family into the conference room to look at the foundational products. Marcus said that he thought the dresses and the tops are the ones that need the most work. Marcus wants to have five pillars which would be the duster, classic and simple dresses, the cut tops, and pants as well as bags. Picking a foundational that caused internal turmoil in the business.

Marcus picked out the Aspen messenger bag and told Nicholas that he wanted to see 5 to 6 variations on it. He wanted a diaper bag, a computer bag, and duffel bag. He said that it would now be called the courage bag. Next, Marcus let them know that they would be closed for about a month while they renovated the store. Marcus wanted them to know that he would be liquidating the existing bad inventory in order to reinvest in new inventory that actually sells.

Marcus pulled in a professional designer to help Noemi with her vision. Then he took her to a fabric wholesaler to test out new high-quality fabrics for the designs. Marcus’s philosophy was that they could raise the standards of the product, and still raise the margins.

Next, Marcus brought in professional visual merchandisers for the stores. He wanted to open up the floor plan to increase visibility and get some accessories to enhance the upscale feel. The scene cut to Noemi working on a design for the duffel bag. Nicholas walked in and saw her doing it and this started a fight. Nicholas started going after his mother. Marcus and Stephanie walk in on it. Marcus says that the fighting was toxic.

Stephanie informed her brother that she didn’t want Marcus to walk out the door because of the infighting. She begged him to stop. Marcus told the camera that he was embarrassed but Nicholas thought it was okay to talk to his mother that way. Marcus pulled Nicholas aside, and Nicholas told him that he thought his sadness over his father’s death in his mother’s divorce were affecting their relationship now.

Marcus got Nicholas to calm down, and they were able to resolve things. After eight weeks, Marcus went back to the grand which Connecticut store. They were all shocked by how different it looked. Stephanie looked especially happy because everything looks like a brand. Nicholas was also very impressed. Marcus enjoyed that the family relationship was also transformed. 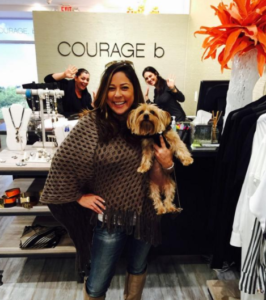 Marcus poured champagne. There are a bunch of new customers checking out the new clothing as well as the store. All of the customers in the store very complimentary about the finish of the clothes. Marcus felt like the family transformed along with the product and the process. Today, all of their locations are still open. They all underwent renovations, and the product lines were all updated. There are now 11 locations as opposed to the original seven. Their website offers franchise opportunities. If you’d like to check out their clothes, please click here.